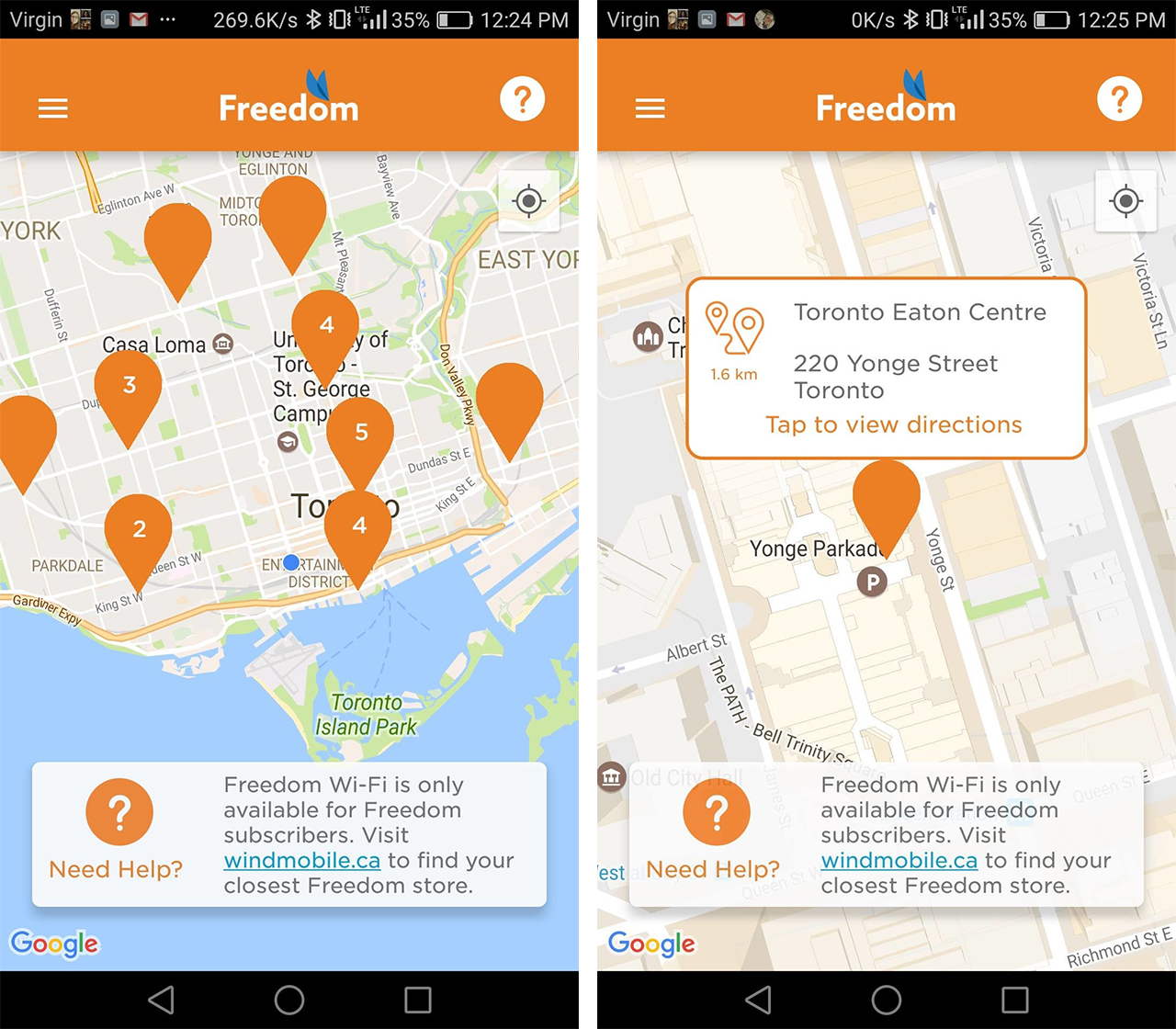 Freedom Mobile has launched an app that helps direct its customers to exclusive Wi-Fi hotspots. Dubbed Freedom Wi-Fi, the app is available on both iOS and Android. It displays Wi-Fi hotspots and Freedom Mobile retail locations on a map. Users can also use the app to get directions to those stores, find address information and register their smartphone to connect automatically to Wi-Fi hotspots.

The app seems closely tied to a similar initiative from Shaw, Freedom Mobile’s parent company. The copy in the App Store and Google Play for Freedom Wi-Fi even closely mirrors the copy for Shaw Go Wi-Fi Finder.

“With Freedom Wi-Fi  you have access to over 65,000 hotspots across Western Canada,” states the app page for Freedom Wi-Fi. However, the app itself currently shows only 22 hotspots in the Greater Toronto Area. It would make sense, however, if Freedom Mobile customers got access to Shaw Wi-Fi hotspots in Western Canada when roaming outside of Ontario, considering how the two brands are connected.

Freedom Wi-Fi is free to downloaded from the App Store and Google Play.

Update 12/08/16: Freedom Mobile announced that its new Wi-Fi service connects customers to over 65,000 Shaw Go Wi-Fi hotspots across Western Canada. However, the carrier also states that it is only offering a “free trial” of this service to its customers that will last until March 31, 2017.

“Along with the launch of our LTE network, this is giving our customers the freedom to connect and communicate.”