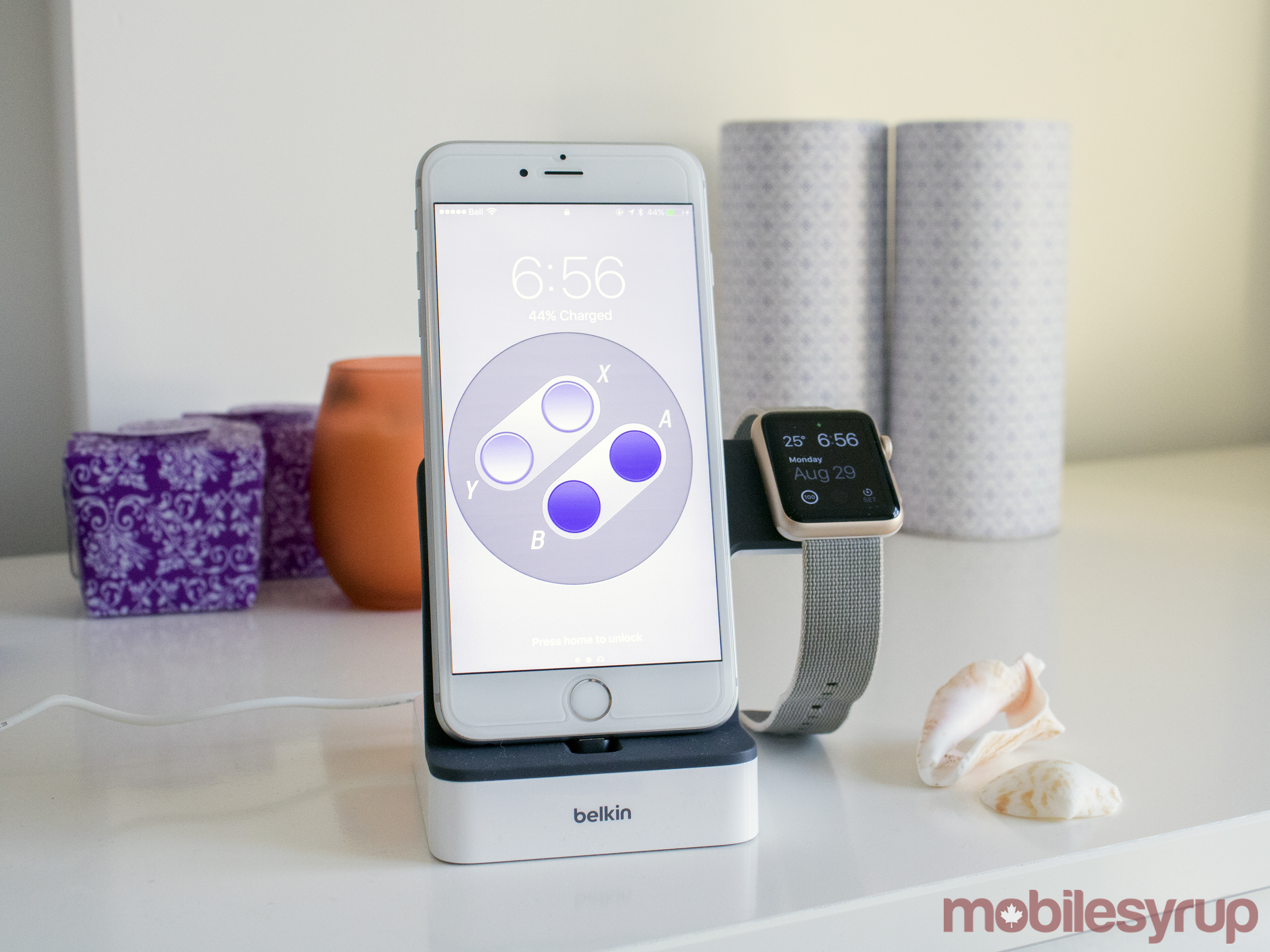 Belkin has launched a new version of its dual Apple Watch and iPhone charger called the Powerhouse Charge Dock, giving owners of both Apple devices a simple way to change them simultaneously. 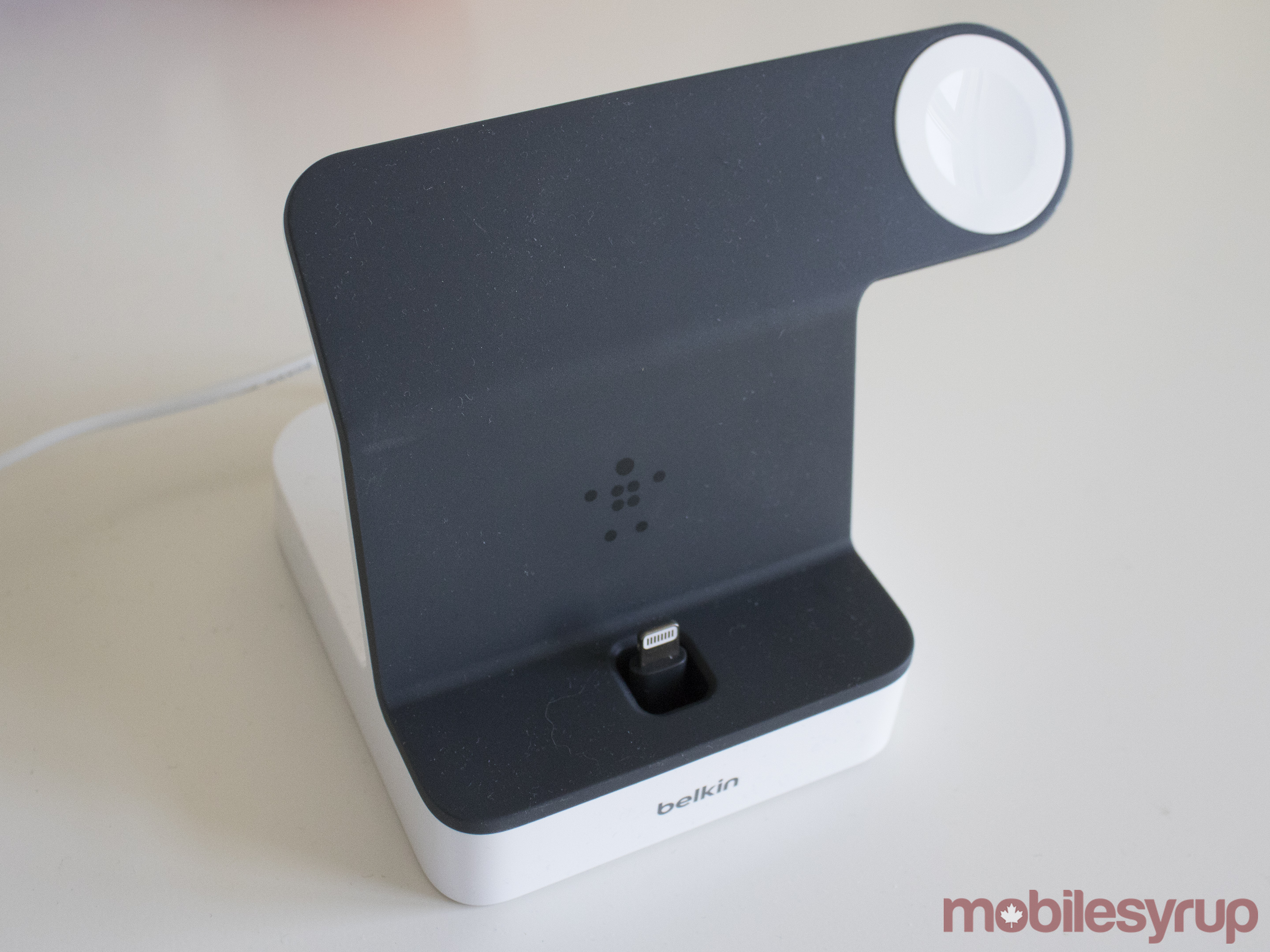 The iPhone portion of the charger features a stand and a single lightening port. The port can be adjusted to stick father out of the Charge Dock, allowing it to charge an iPhone while it’s still in a case, regardless of how bulky it is. The official iPhone 6s Silicon Case fits perfectly in the Powerhouse dock as long as I have the height knob turned to the maximum. 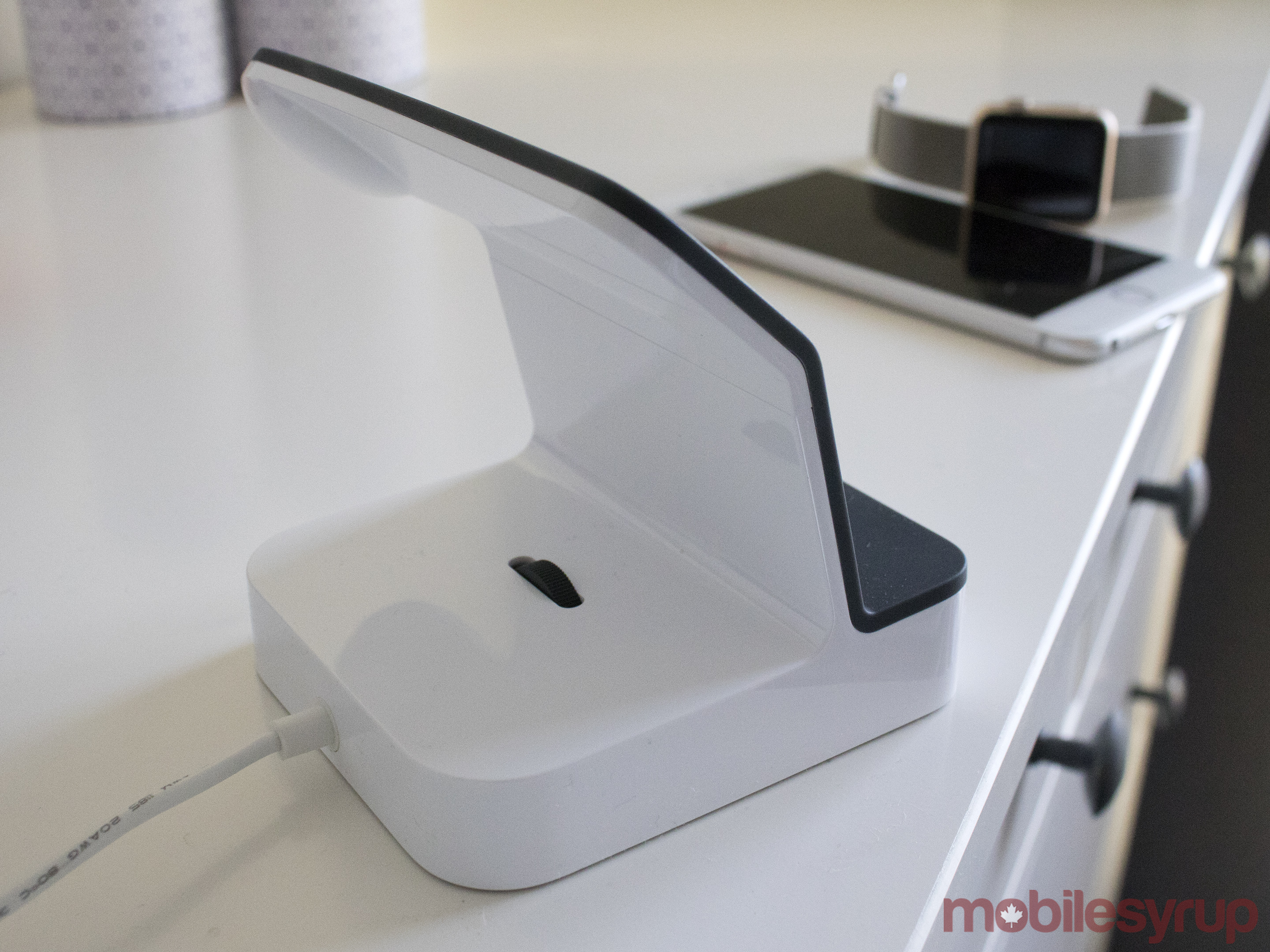 Belkin released a similar charging stand a few years ago under its Valet line, though its new Powerhouse charger is considerably sleeker and feels like a higher quality device.

The Belkin Powerhouse Charge Dock is set to be priced at $129.99 at Best Buy and Belkin’s store.