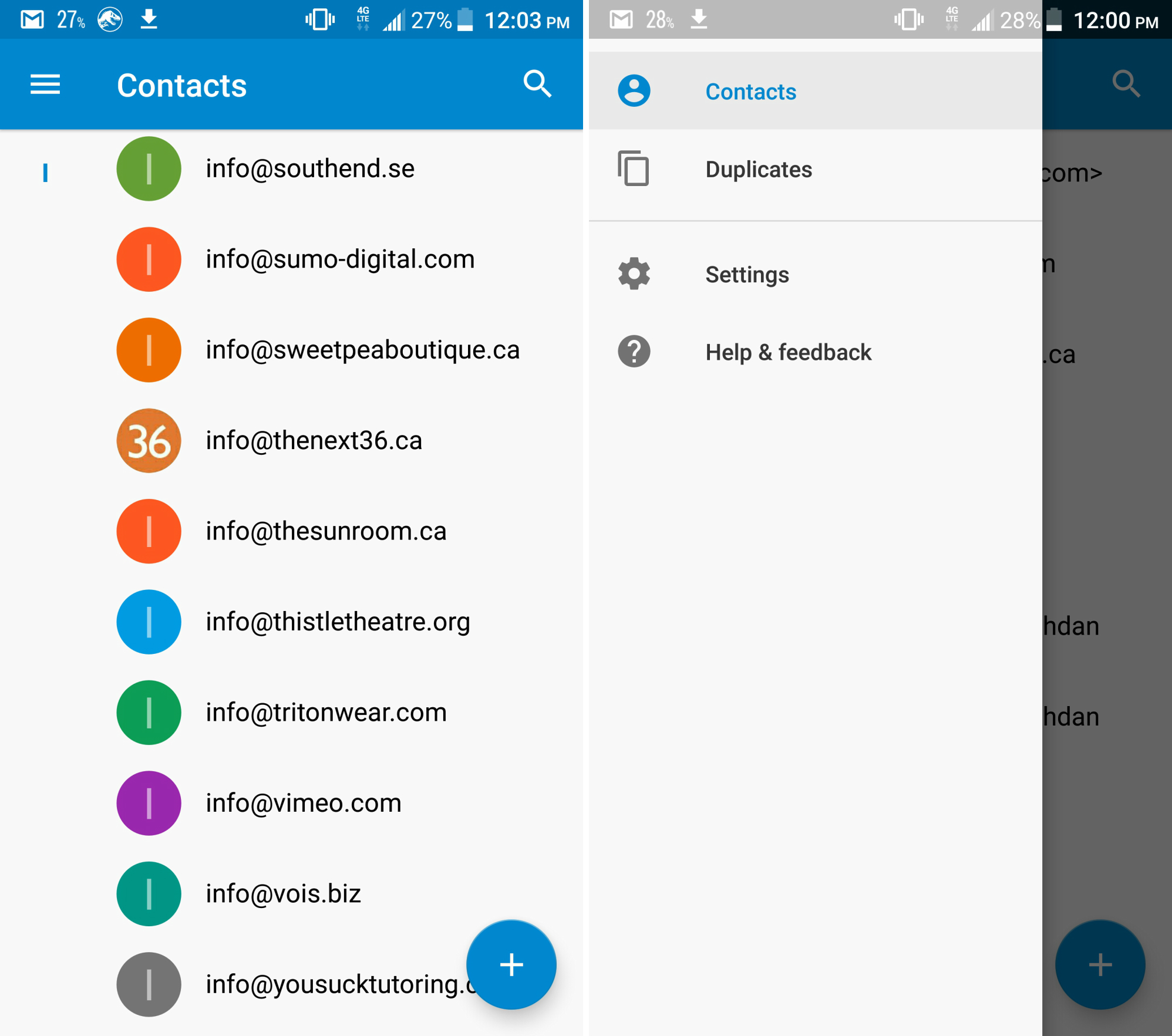 Google Contacts has just released a new update that brings some of the handiest benefits of the web version to the Android app.

Version 1.5, which is currently rolling out to all users, refreshes the user interface by eliminating the favourites tab in favour of showing the user’s contact list in its entirety. Pressing a hamburger button on the left opens a sidebar menu that features a section for managing duplicate contacts, simplifying a process that previously involved multiple steps.

Another web app benefit the Android app is adopting is the ability to add labels to contacts in order to sort them into organized groups like ‘family’ or ‘work.’

The app is available on stock Android devices and select other Androids as well, according to some Internet commenters. Let us know in the comments if you’ve updated your Google Contacts app and on what device.

Related: Google names Canadian-developed Maruta 279 one of the finalists of its upcoming Indie Games Festival