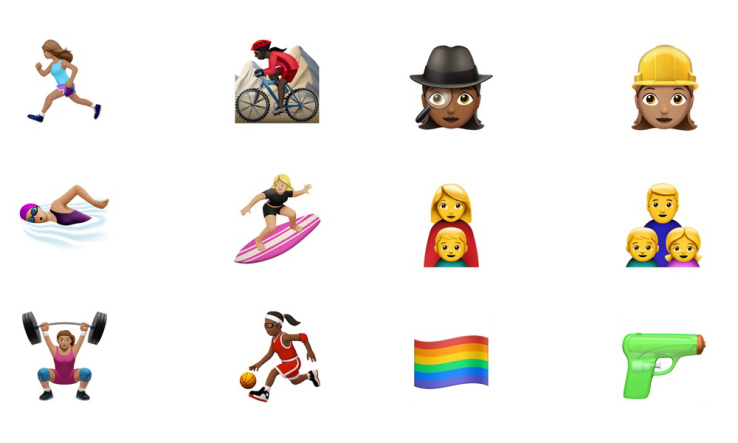 Following the lead of Google, Apple has added more gender diverse emoji to its upcoming iOS 10 software update. Although scheduled to officially land this fall, users in the company’s iPhone and iPad beta program can start using the emoji once they’ve installed the latest iOS 10 beta update  — though only other iPhones with the beta software installed will currently be able to see them.

Apple is previewing some of the iOS 10 emoji additions on its website, with many of them — just in time for the 2016 Summer Olympics — representing female athletes competing in a variety of sports, including basketball, weightlifting and swimming. According to TechCrunch, there are some 100 new and redesigned emoji. For instance, the gun emoji is no longer an actual gun, but a water pistol.

Google proposed emoji that better represent working women in May, which the Unicode Consortium, the group that, among other things, oversees the standardization of emoji across all electronic devices, promptly approved partway through last month.