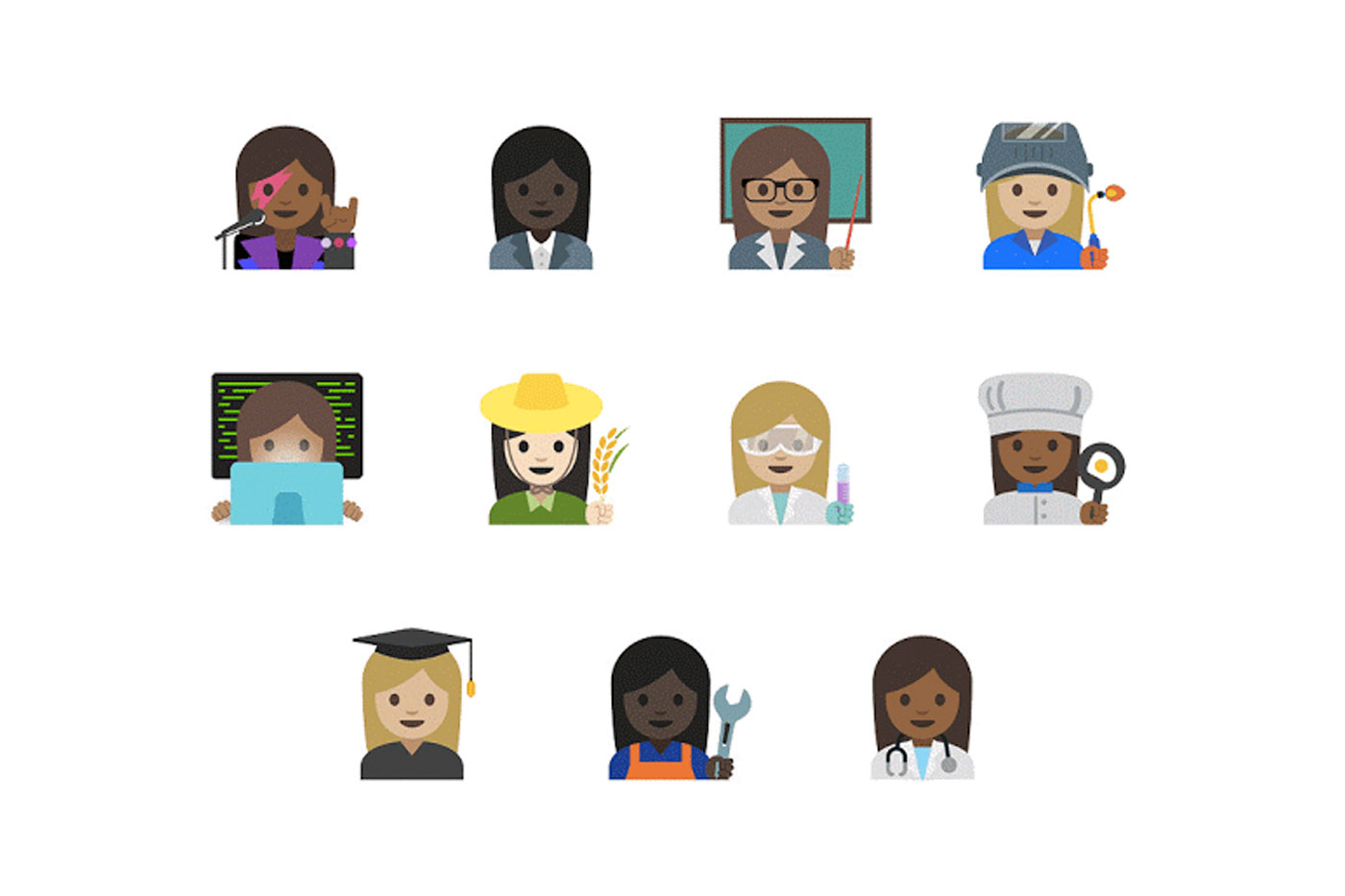 After they were first proposed by Google this past May, new and diverse emoji that better represent women in a variety of professions are on their way to mobile devices everywhere.

Google announced today that 11 of the 13 emoji it suggested to the Unicode Consortium, the group responsible for overseeing the standardization of emoji, have been approved.

What’s more, Unicode has also approved male versions of those same new emoji, and users will be able to use the new male and female emoji in all currently available skin tones. All told, that means more than 100 new emoji will be added to the official Unicode lexicon.

Of course, while these emoji have been approved, it will still take some time before smartphone owners will be able to use them in their SMS messages and Snaps.

The 72 emoji that were approved as a part of Unicode 9 back in June are still in the process of rolling out on Android and iOS devices. On Android smartphones, it’s possible to gain access to them if the user downloads the latest version of Google’s first-party keyboard. Apple, on other hand, has yet to confirm whether even these emoji will make it into iOS 10, which is slated to come out later this year.

Still, even if users have to wait a while to use them, new emoji, and not to mention the diverse group of people they represent, are always appreciated.