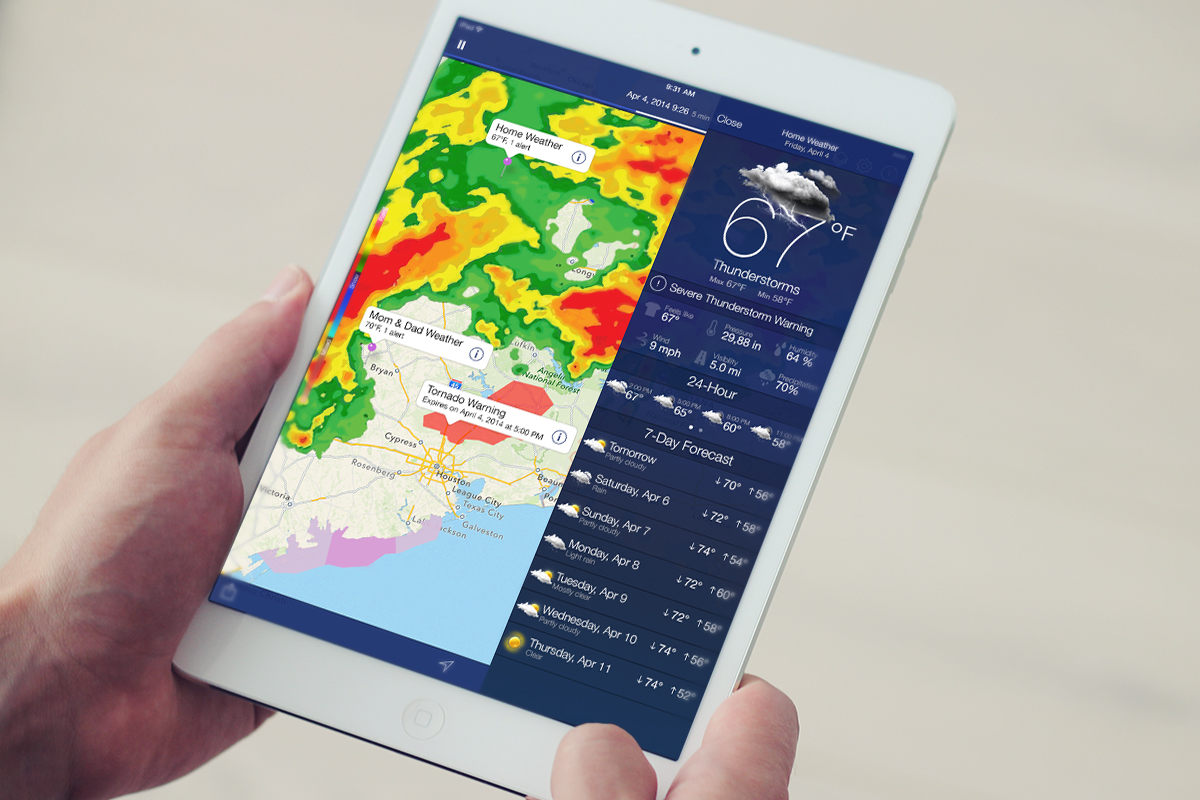 Most weather apps don’t get in to the nitty gritty, especially the ones pre-loaded on phones.

They give you a brief forecast of the week with simple pictographs — sun, cloud, rain cloud — and more often than not, they’re wrong, like all forecasts. But what about users who want to get more in-depth information? What about users that want to know what’s going on behind that nice little sun pictograph that inevitably turns in to a rain cloud on the day they choose to go to the beach? 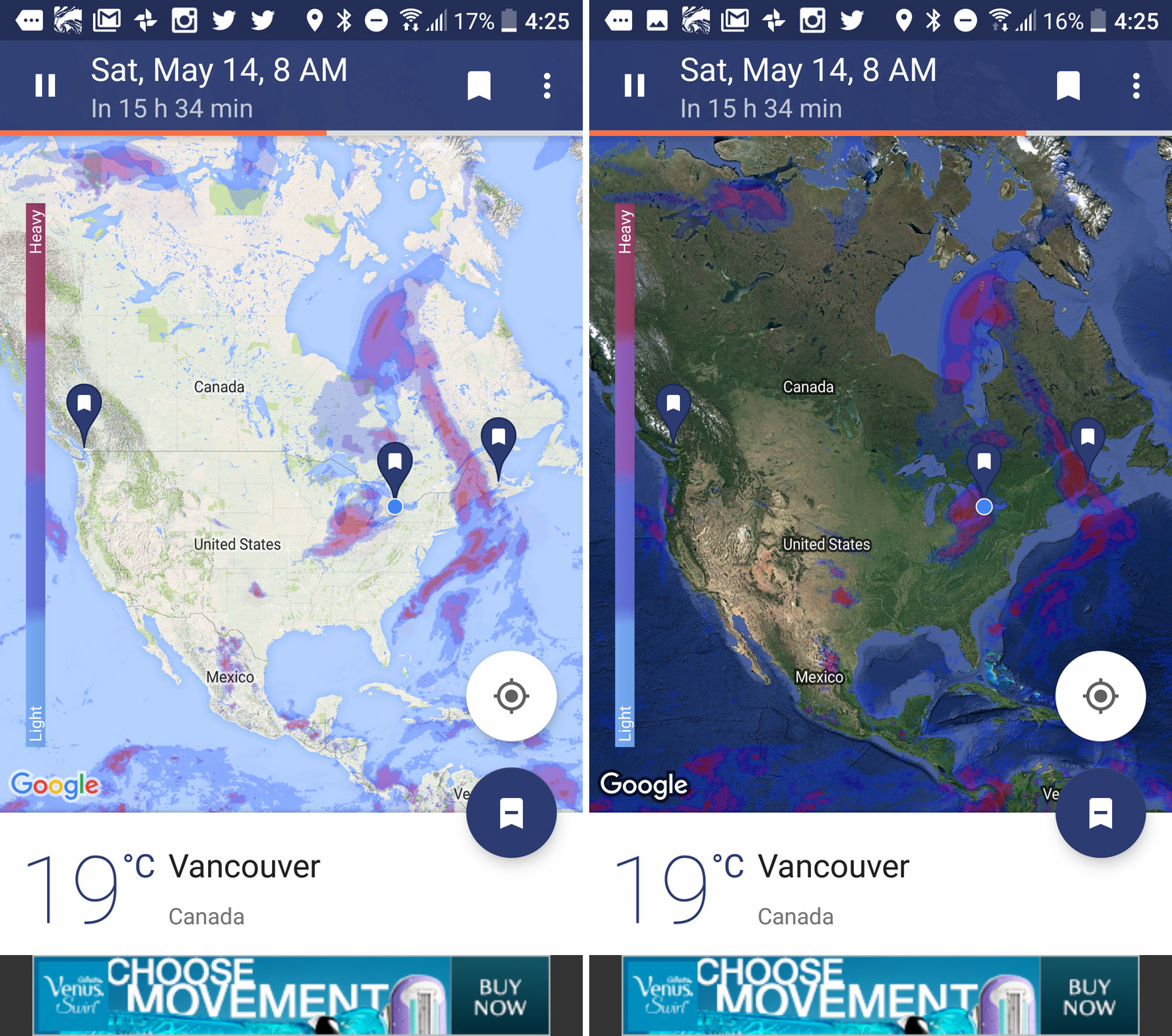 For those people, there’s NOAA, a weather radar and alert app that makes you feel like your own personal meteorologist. NOAA’s interface consists of a map of the world, which users can choose to customize to show a two-dimensional map, terrain, satellite or hybrid terrain and satellite view.

Users can then pick real-time, hyper-accurate radar and satellite overlays to show the moving fronts of rain, snow, mixed precipitation and cloud cover. It also allows for bookmarking locations on the map for easy access, in addition to auto-tracking and updating the current location. 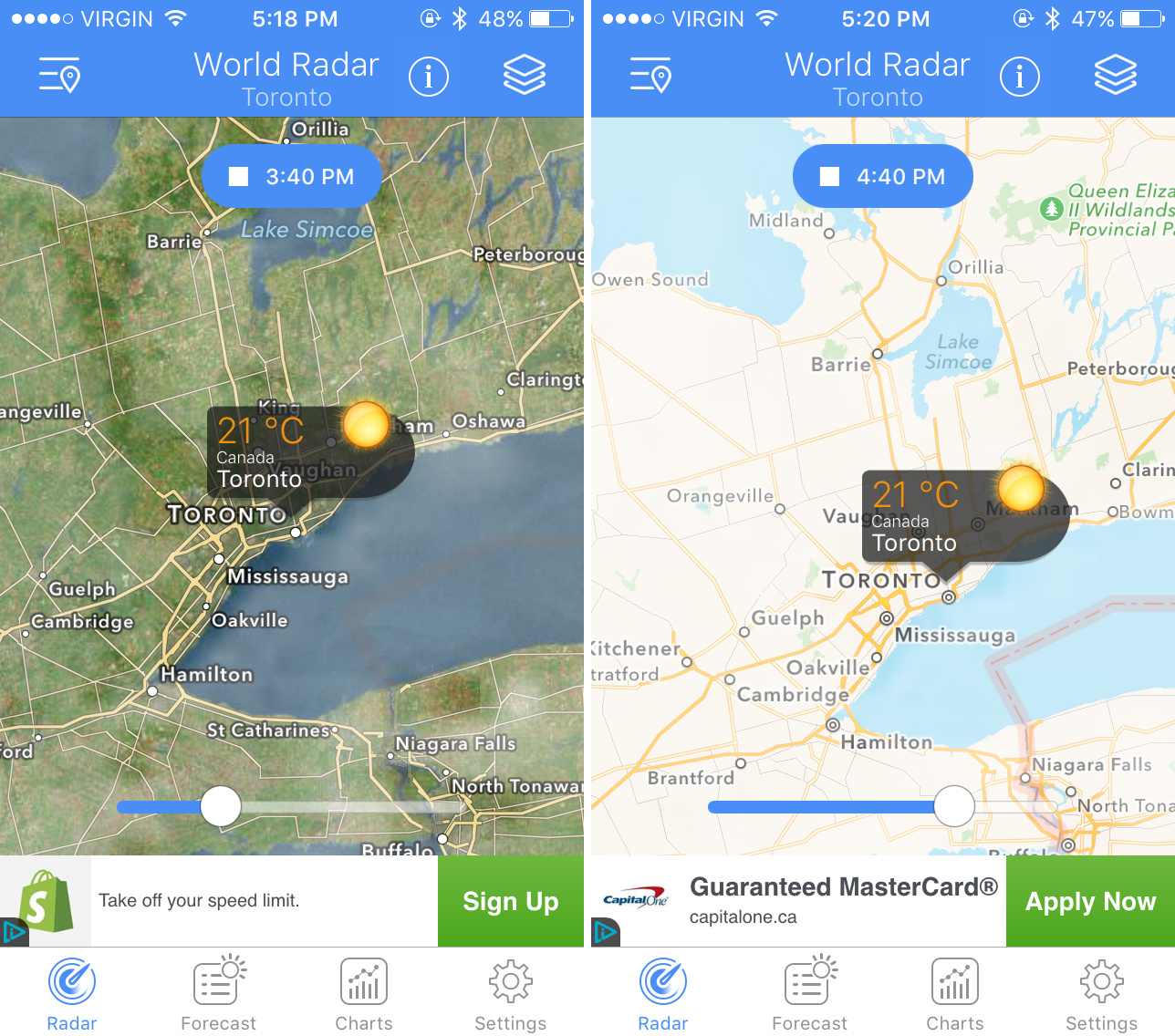 The app is beautifully designed and the satellite overlay is entrancing to watch, especially on the Android version, which is very different from the iOS version and easier to customize. Updated from the nearest meteor station, it also offers immediate alerts for severe weather, shows current and “feels like” temperature, and 24-hour and seven day forecasts for most locations across the world.

NOAA is available for free for iOS (including Apple Watch) and has just been released for Android for free as well.