HTC and Under Armour co-developed a fitness band, a digital scale and a heart rate monitor 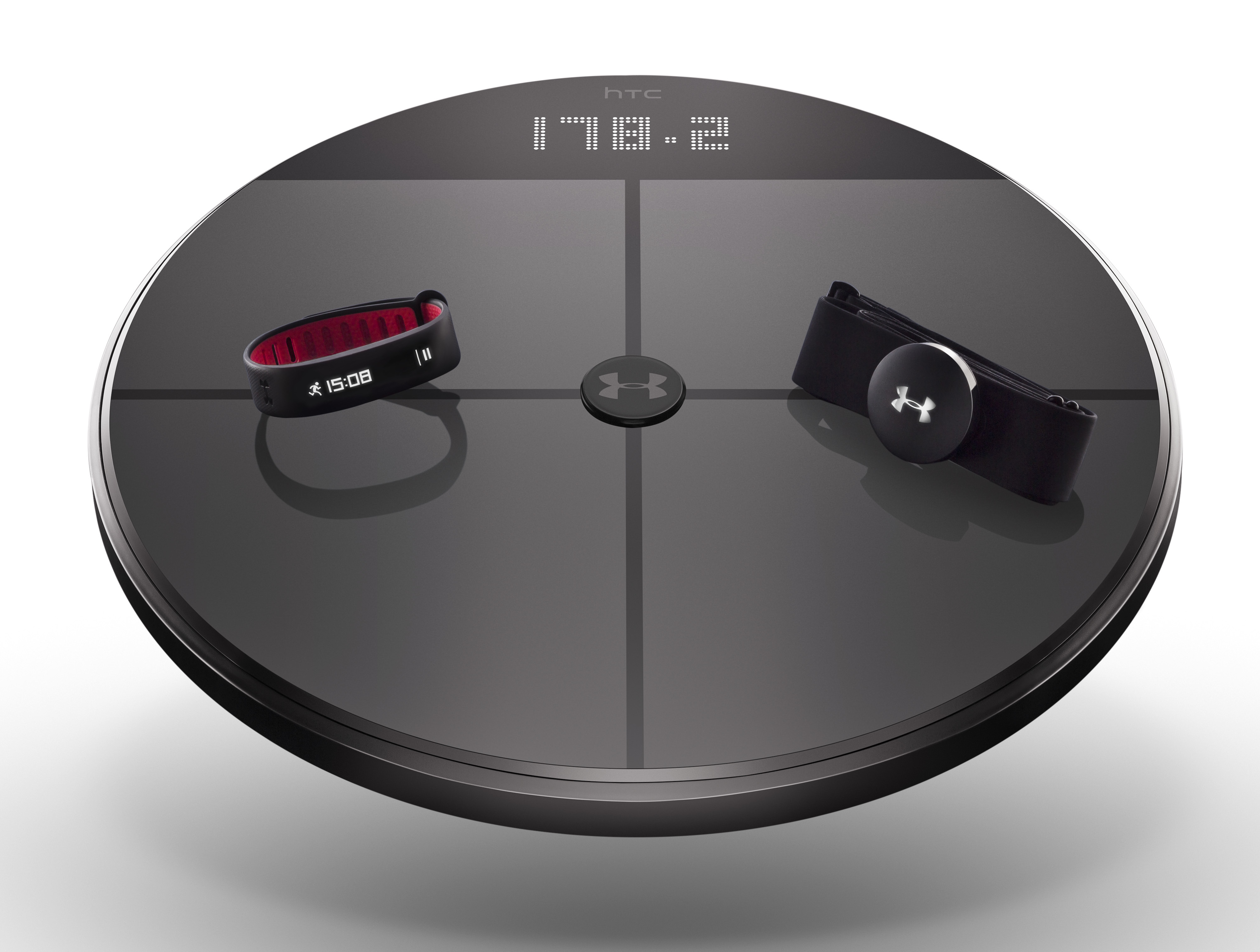 The world is awash with wearables, but many of them exist in closed ecosystems, cut off from the rest of one’s connected life. That’s the narrative behind HTC’s and Under Armour’s new joint venture, the UA HealthBox, a series of three devices that all speak to a single source, the new and improved UA Record app for iOS and Android.

Separately, the wares are not particularly unique, but together they constitute what both companies believe is the future of connected wearables: a self-contained ecosystem that gives users tangibly useful data from a number of activities.

The first, the UA Band, is likely to be the most popular product of the trio (all of which will be sold separately). An offshoot of the defunct HTC Grip that was announced during Mobile World Congress last year, the UA Band is sleeker and more comfortable, but is not diminished in features. A Plastic OLED display that stays on all day (and night, if necessary) conveys steps taken, calories burned, resting and active heart rate, and sleep quality in a water resistant, sweat-wicking body. 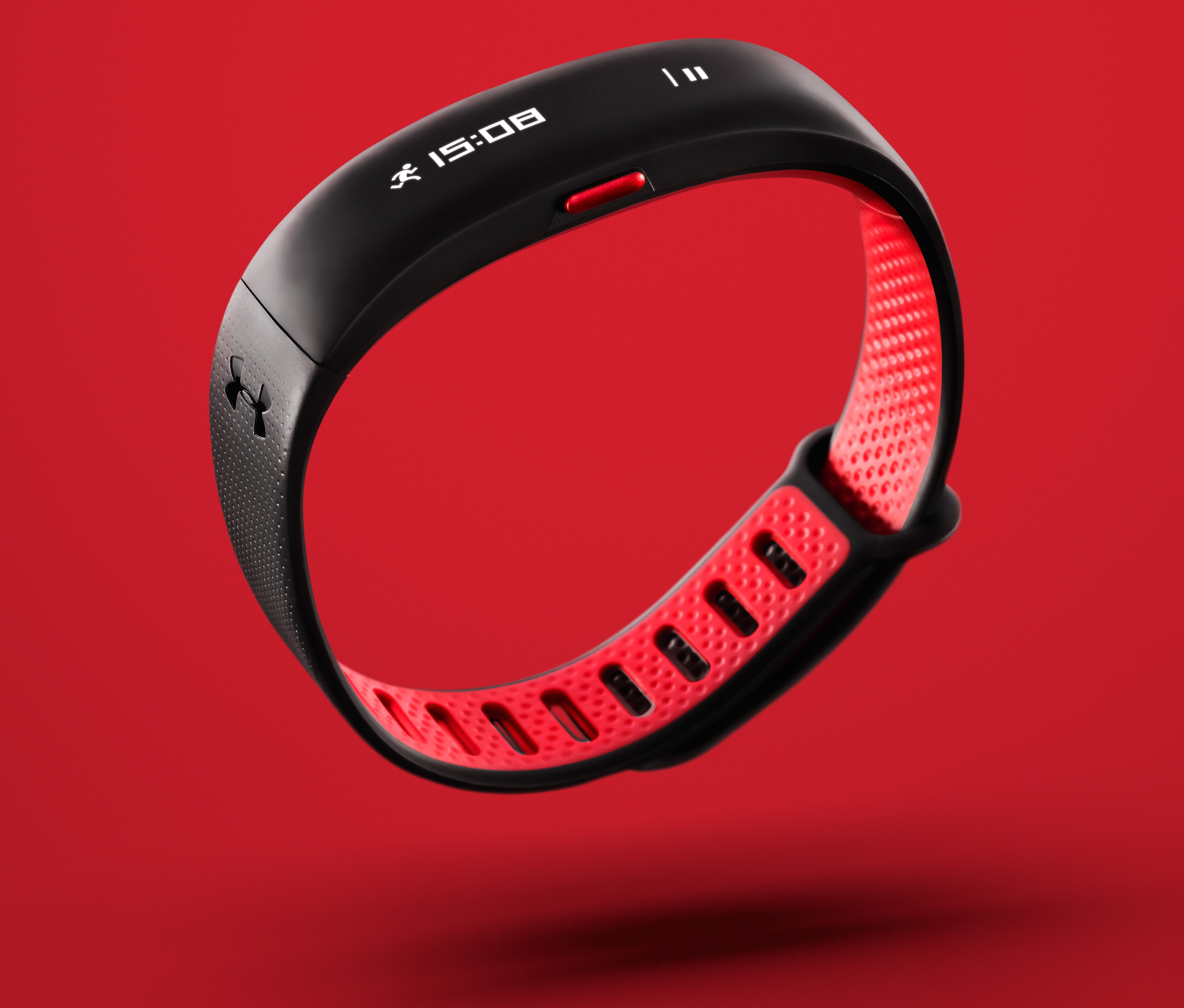 At 17.5 x 11.2mm, the UA Band’s chassis is closer in size to a Fitbit Flex than a smartwatch, and while it lacks a GPS radio, HTC says the battery should last several days per charge.

A step up from the more casual approach to data collection and fitness tracking is the UA Heart Rate, a chest-worn heart rate monitor that more accurately accrues statistics like ideal heart rate zone for weight loss or cardio goals. HTC says the sensor itself is more lightweight and unassuming than most chest monitors, and can be used in conjunction with the UA Band to keep track of one’s heart rate more accurately than with just the band on its own.

Finally, the UA Scale, which was previously leaked, completes the circuit. Connected scales are less saturated than fitness wearables, but Under Armour posits that its UA Record platform makes its connected hardware inherently superior. The device, like all scales, measures weight, conveying one’s current mass to the UA Record app to track progress over time. The scale can automatically identify up to eight people, and automatically syncs to his or her appropriate smartphone, which eliminates having to cycle between people manually (assuming there are that many people sharing a single scale).

While HTC has not committed to bringing the UA HealthBox to Canada specifically, the collection goes on sale in the US on January 22nd for $400 USD. The companies say the HealthBox will expand its distribution to other regions later in 2016.