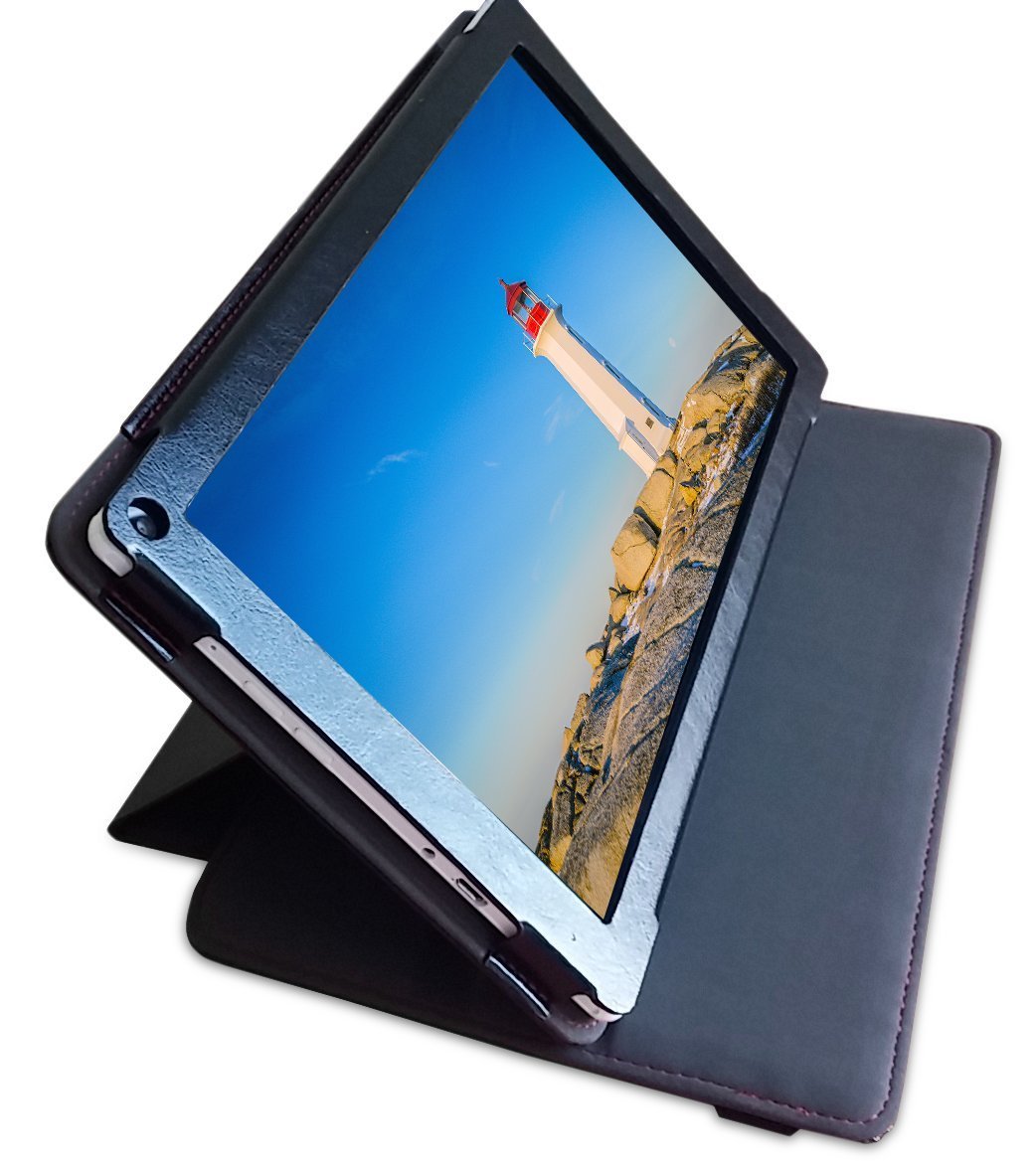 By now, the wrapping is in the trash or being rifled through by racoons in the recycling bin behind your house, putting an end to the relentless drone of Christmas tunes and shopping lists.

As we learned, Amazon sold a lot of tech this year, as it does every year, but as the company highlighted well-known companies like Jawbone, Fitbit, Sony, Fujifilm and others, some brands you’ve never heard of topped its tablet chart. 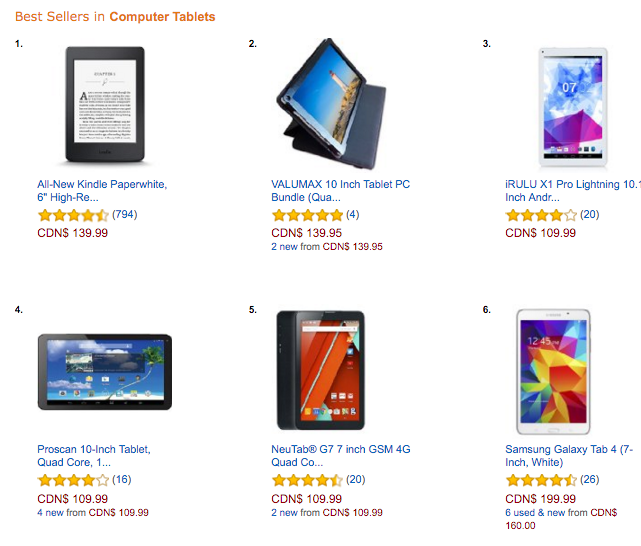 Aside from Amazon’s own Kindle Paperwhite e-reader and Samsung’s $200 Galaxy Tab 4, every tablet on the company’s Canadian best sellers chart is from a company that hawks ultra-cheap, commoditized Android slates — perfect for families looking to pick up the absolute cheapest option for their kids, grandkids, spouses, friends, or enemies.

The chart, which includes brands like VALUMAX, iRULU, Proscan and NeuTab, exposes the major issue with Android tablets today: most of them are terrible, pairing underpowered hardware with poor screens, awful touch controls and aging, buggy software. And while there are myriad vendors offering the same poor experiences on Android smartphones, most of them are ignored, since Canadians are so entrenched in the carrier subsidy retail model. The one thing these tablets have going for them? They’re really, really cheap. 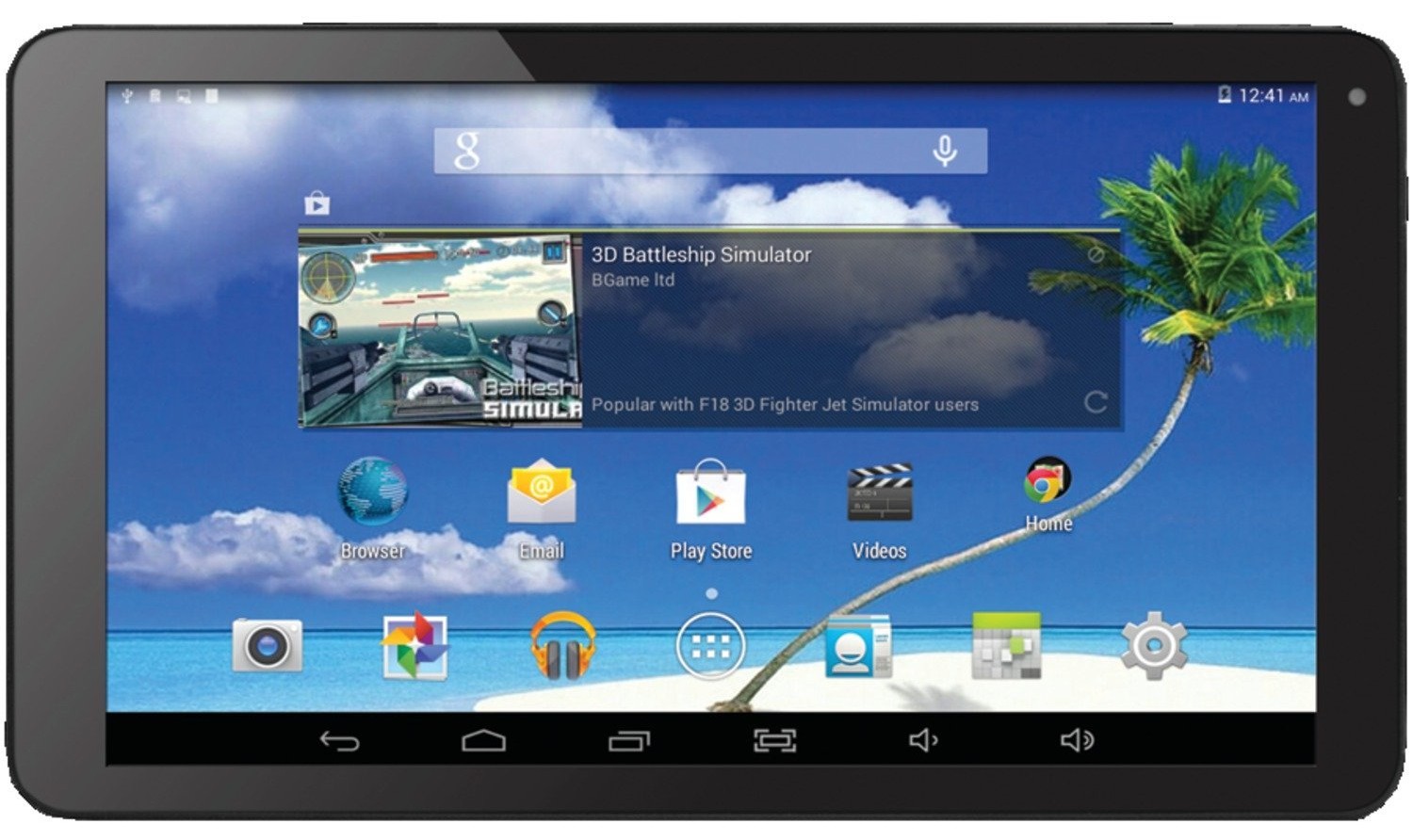 So why do most of these tablets have four-star ratings or higher? To understand that phenomenon, we have to establish expectations; most buyers are looking to do just a few specific things with a tablet — access the internet, watch YouTube and Netflix, and send email — and these products, lack of name recognition aside, hit the mark.

One reviewer, Nahla, wrote of the iRULU X1 Pro Lightning that “For the price, this is a pretty great tablet. Works perfectly, no lags or freezing. Overall a great product for a reasonable price.” Another, Eric Tremblay, remarked, “Very great and fast for movie (1080p) and all use.. Long life battery and HDMI and GPS.. Very satisfy.” Poor English aside, Tremblay quickly establishes his needs for a $109 Android tablet: connecting it to a television to store and watch downloaded films. The tablet costs $9 less than the Roku 3, and for many people is versatile to be used for many of the same purposes.

Most potential customers of the Valumax tablets won’t care that it has an ultra-slow Quad Core A33 1.3Ghz processor or painfully low-resolution 1024×600 pixel 10-inch display. Nor will they mind that it runs “Google Android KitKat 5.1”, which is neither real nor, if my instincts are correct and it runs Android 4.4 KitKat, modern.

For many people, there are two kinds of tablets: iPads, and whatever cheap thing they can buy from Amazon. The success of the second category dilutes the potential success of first-rate Android tablets like Google’s Pixel C, since developers are statistically more likely to be designing for a Valumax than a high-end Samsung or Nexus tablet. As we talked about in our Pixel C review, the excellent hardware is a vehicle for untapped software potential, since developers largely seem to have abandoned the form factor.

And yet cheap Android tablets top the charts year after year. People aren’t going to Amazon seeking these specific products; they have a spending threshold and these tablets fall within it. If Amazon’s $50 Fire HD tablet was sold in Canada, you could bet it would be right next to the Valumax at the top of the list. But $100 is the most many consumers will spend on a tablet, and until they establish reasons to spend more, we’ll continue seeing this phenomenon play out, again and again.