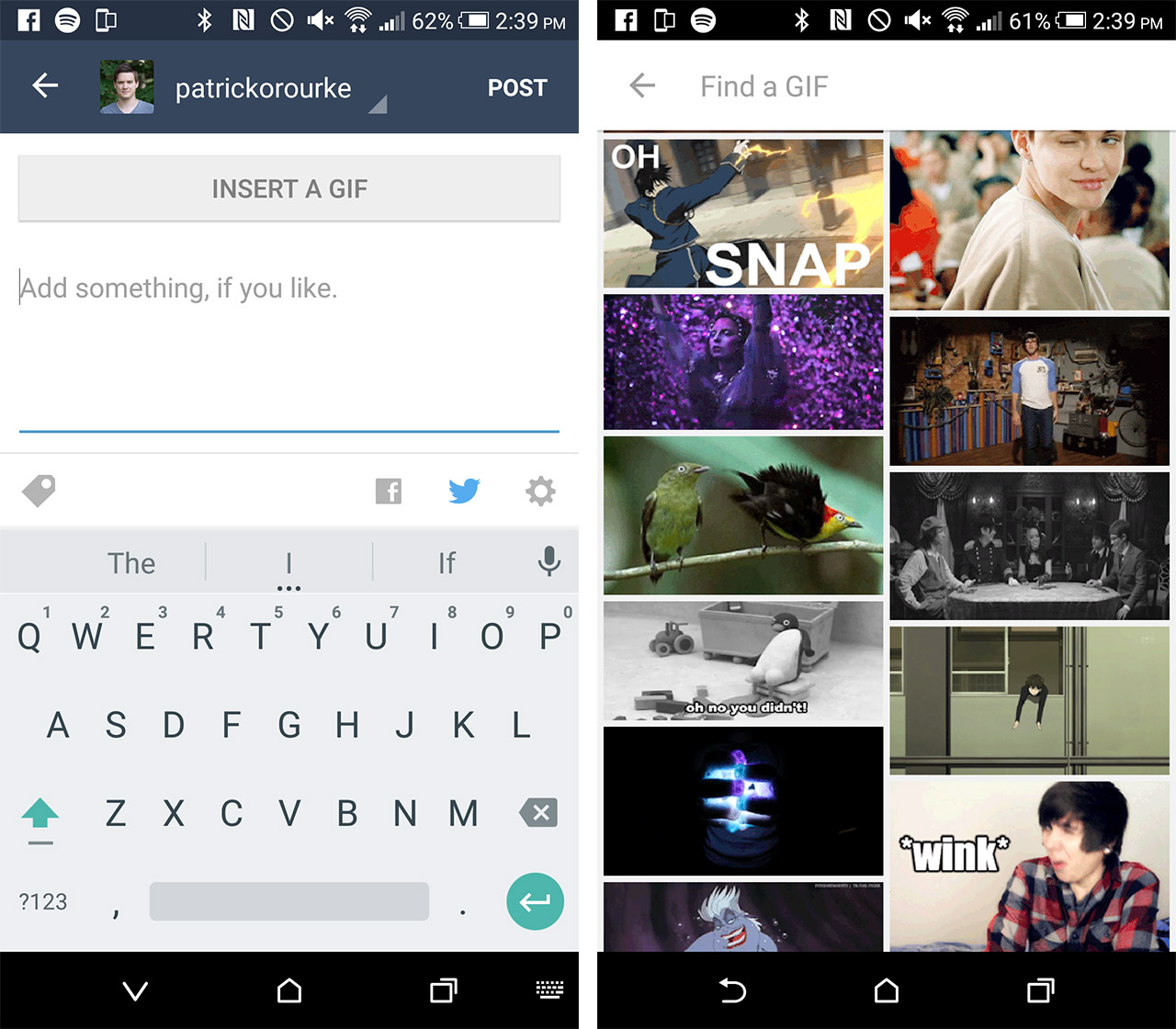 Have you ever wanted to add a GIF to a Tumblr post or reblog, but didn’t want to delve into the depths of the internet to find that perfect animated picture that encompasses your feelings perfectly? Then you’re in luck.

Android users are now able to add GIFs to posts and reblogs, replicating the technology available in the web version of Tumblr. To make this feature work, just tap the GIF button and search for the content of your dreams. GIFs matching your query will instantly appear in the search results.

Tumbr’s new GIF integration is currently only available in the social media platform’s Android app. Tumblr says that the functionality will come to iOS at some point in the near future.