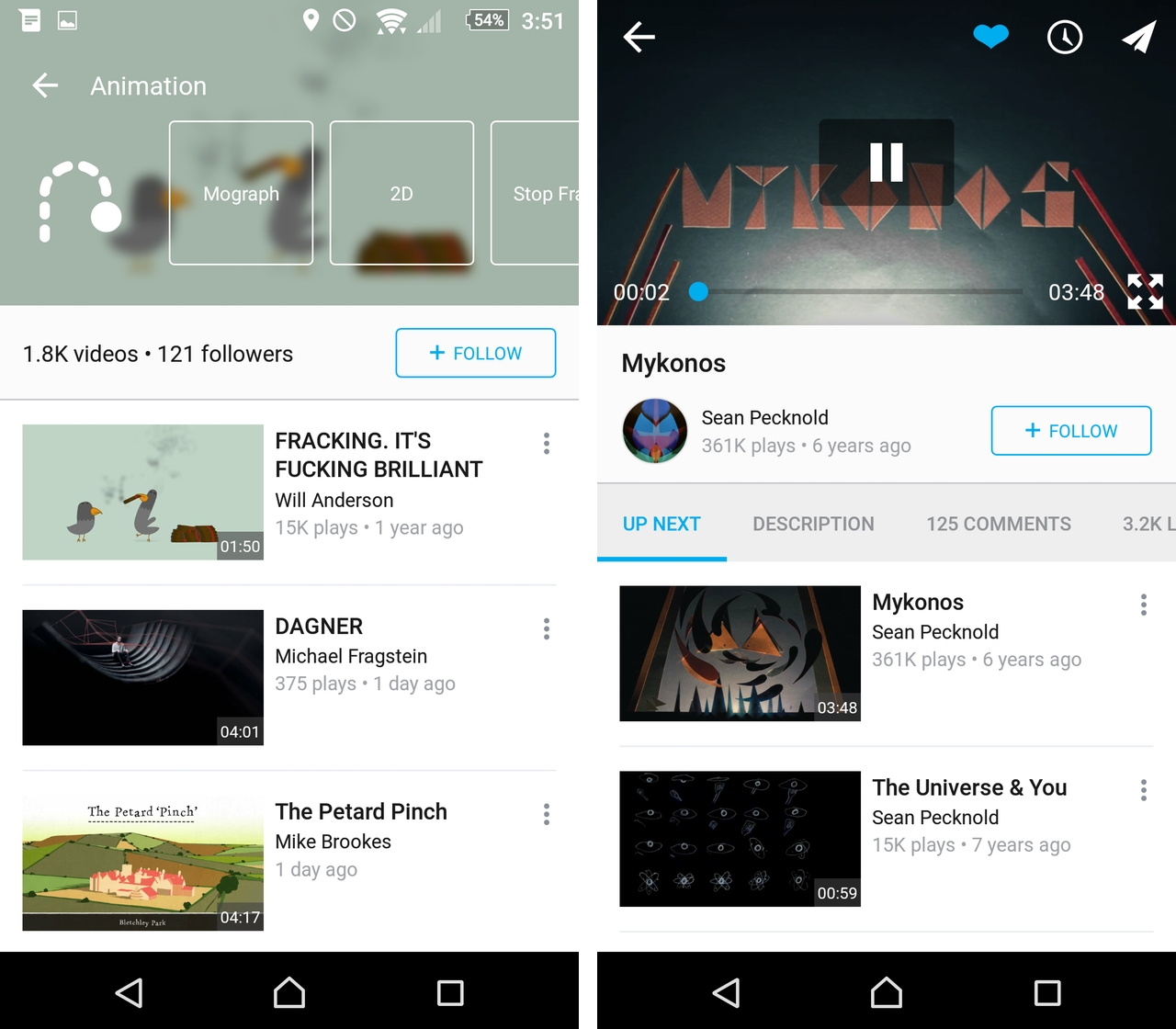 After several years of neglect, Vimeo has at long last decided to update its Android app, and it’s a big one.

Gone is the archaic design of the previous version of the app, replaced by a design that closely adheres to Google’s Material Design guidelines and modern design cues (if you want a trip down Android memory lane, visit Android Police’s story on the redesign to see what the app used to look like).

Unfortunately, this new release is not without issues.

To start, there are a lot of bugs in the current version of the app. In my short time with it, Vimeo hasn’t been able to properly load any comments. It also crashed the first time I tried to start it up.

Moreover, there are some key features missing. For instance, sending a video to a Chromecast is currently not possible, though the company promises that particular feature will make its way into the app sometime in early 2016.

Still, the new app is well worth checking out. Download it from the Google Play Store.