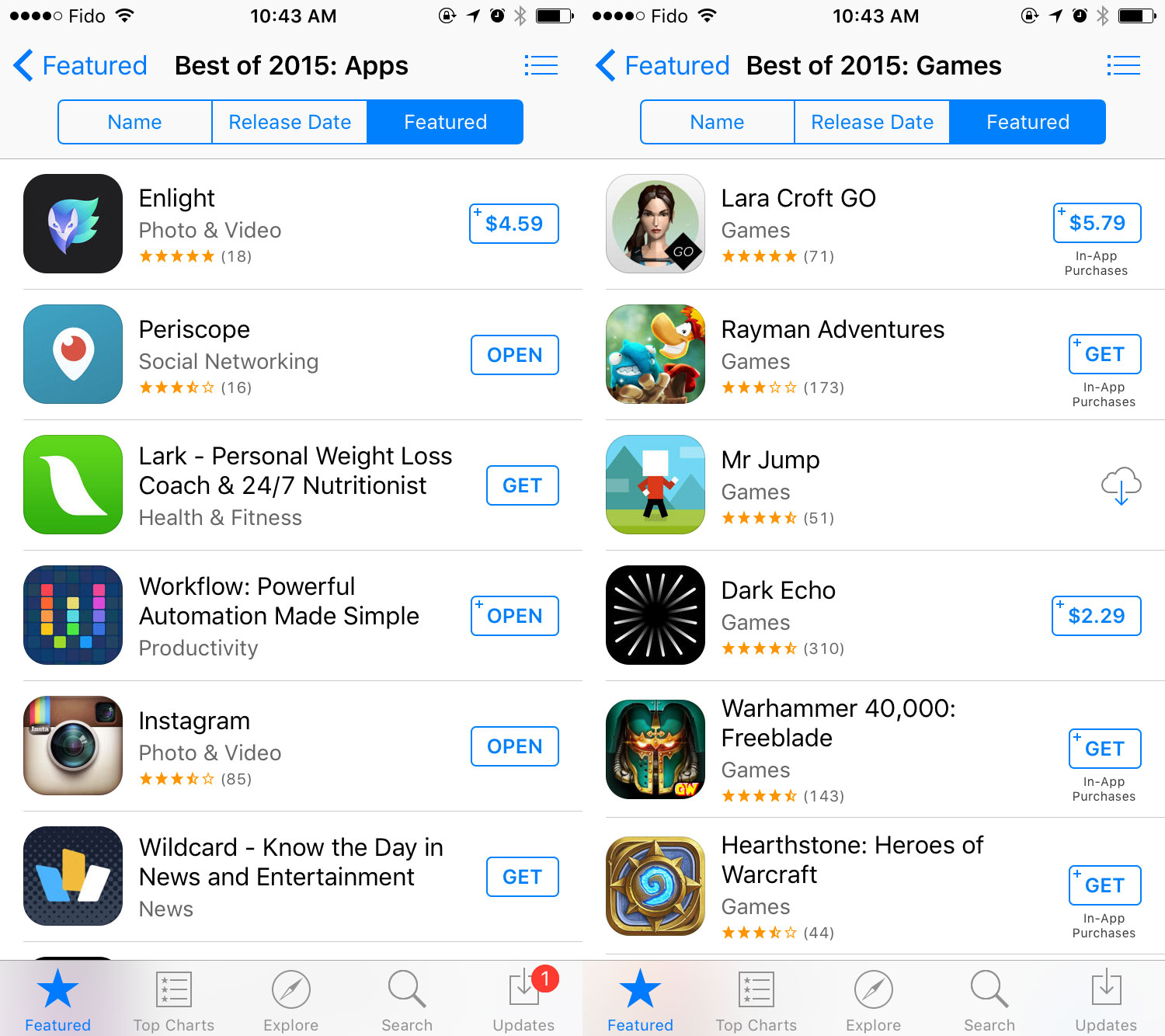 Apple holds iOS apps, and their developers, in very high regard. Since a big part of the reason the iPhone sells as well as it does is the app ecosystem, there are many reasons to keep promoting the very best apps.

This week, Apple showed off their picks for Top Apps of 2015, and added a section in the iOS App Store to show them off. Taking top honours for apps (games were listed separately) was the photo editing app Enlight. Some popular favourites also listed include Periscope, the live-streaming app from Twitter; Instagram, which added Peek and Pop features for the new iPhone 6s; and Workflow, the powerful automation platform. These apps all use the hardware and software of iOS devices to their full capacities, and propel the iOS platform forward.

The top game of the year from Apple for 2015 is Lara Croft GO, a puzzle-based adventure game that recently won top prize at the Canadian Video Game Awards. Other games in the featured list include platformer Rayman Adventures; popular free-to-play MOBA Vainglory; and PAC-MAN 256, from the creators of Crossy Road. 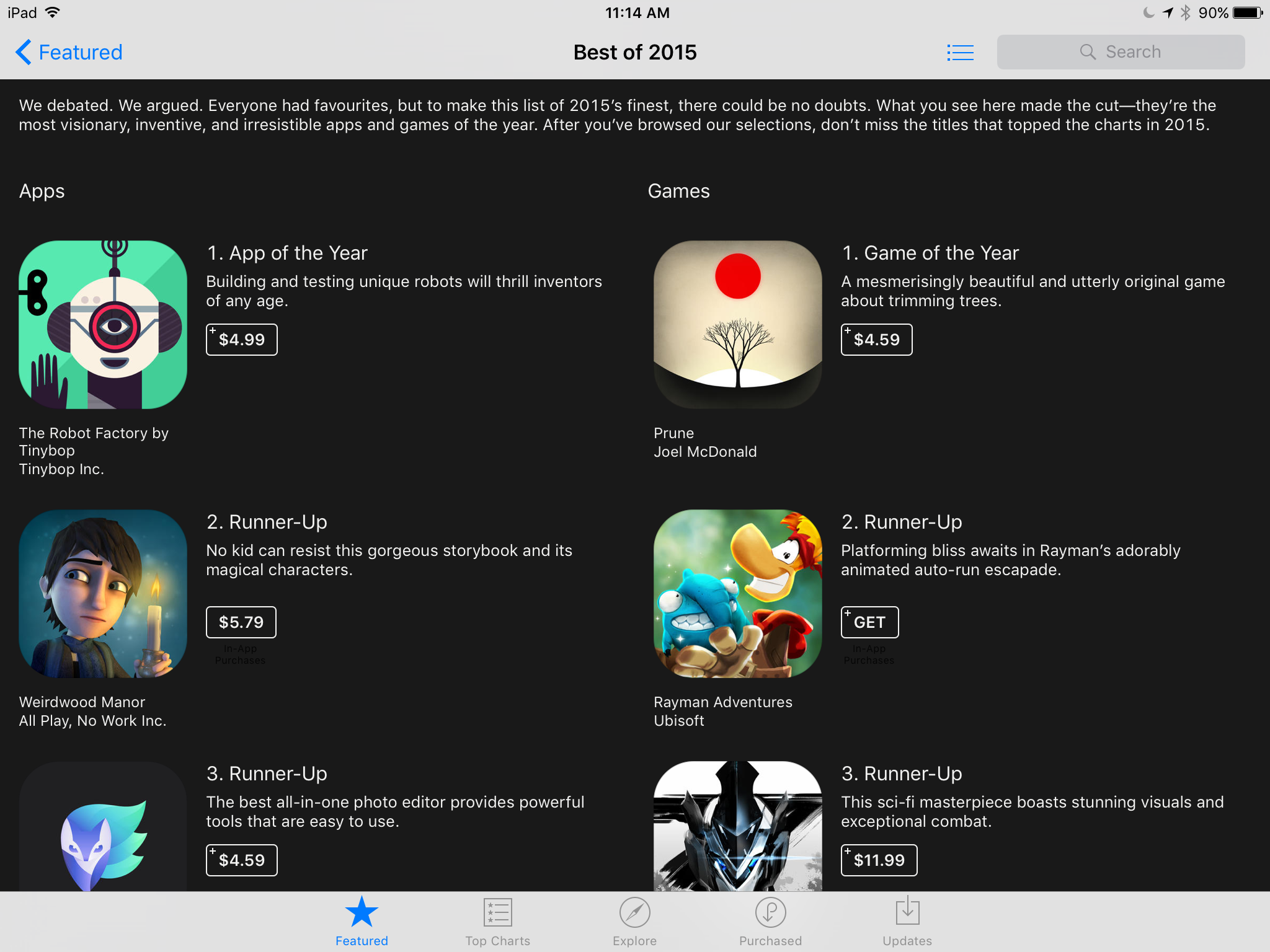 Apps of the year for the iPad were also announced, with The Robot Factory taking app of the year, and Prune winning Game of the Year. You will be able to download all these apps in the App Store in the featured section.

As it turns out, Canadian-made apps had an extremely good year. We’ve mentioned that Lara Croft GO was built in Square Enix’s Montreal office, and iPad App of the Year runner-up Weirdwood Manor was made by All Play, No Work, a small team based in Toronto and Vancouver. Star Touch, The Star’s digital daily, also made the list for best iPad apps.

These lists by Apple also serve to highlight the obvious difference between the top apps on Android and iOS. Among the apps listed for iOS, only a select few, mostly social apps, are available on both Android and iOS.