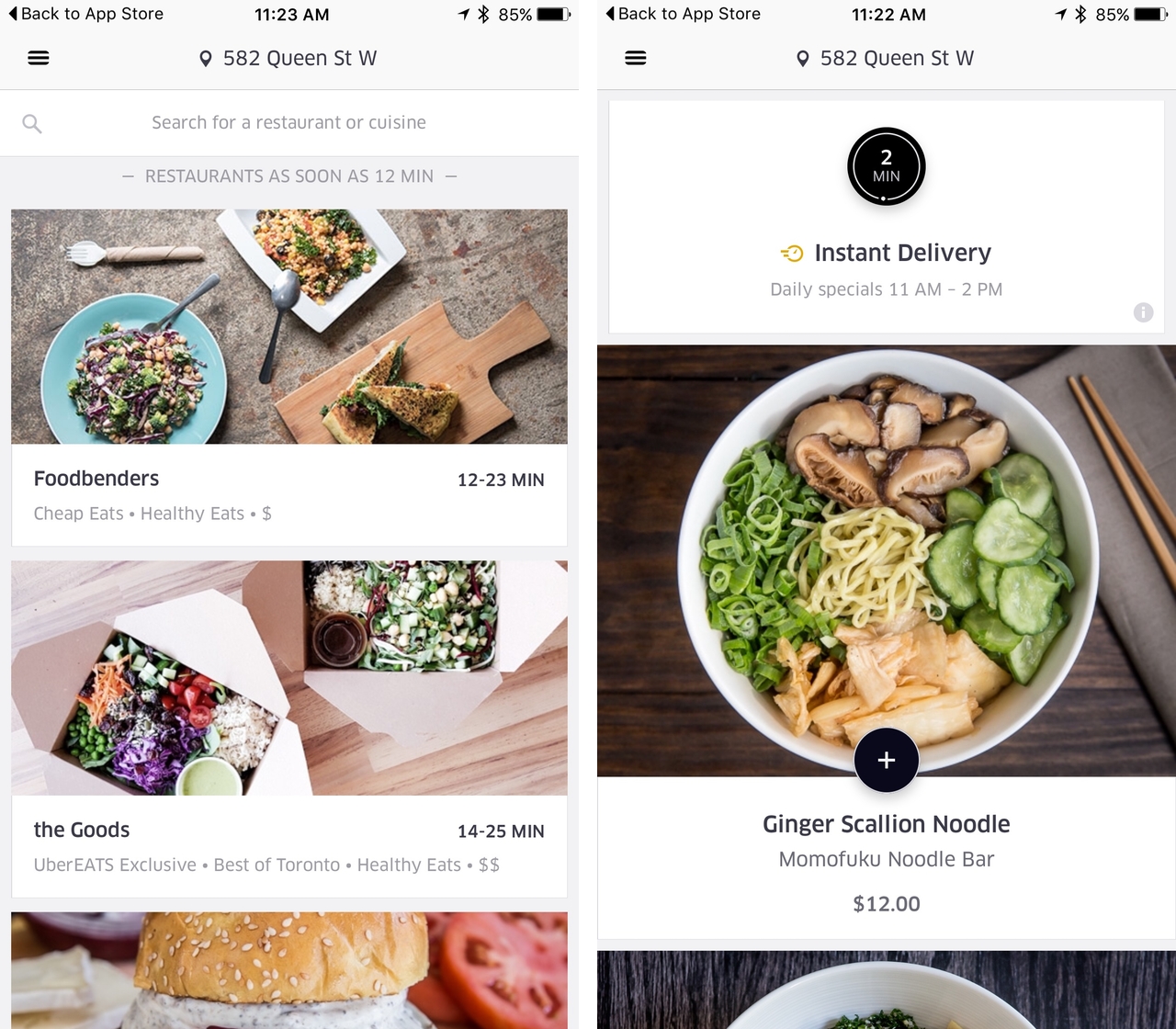 On the same day Toronto taxi drivers launched a city-wide protest against the company, Uber has started rolling out a dedicated mobile app for its UberEATS service.

The dedicated app allows individuals who live and work in downtown Toronto to order food from some of the city’s best regarded restaurants, including Flock Rotisserie, Hawker Bar and Momofuku Noodle Bar. Uber promises to deliver items ordered from the app’s signature menu in 10 minutes or less. The company is also currently waiving delivery fees until the end of the year.

Launched earlier this year, UberEATS was previously accessed through the company’s mainline app. Besides creating a dedicated app for the experience, it also appears Uber has significantly expanded the number of restaurants present on the service, though like with previous iterations of UberEATS, each restaurant doesn’t list its entire menu through the app.

Previously UberEATS was available on weekdays between 11am and 2pm, but in the dedicated app most dishes are available between 10am and 10pm, seven days per week.

UberEATS is currently only available on the iPhone. An Android version of the app is slated to come sometime in the future.