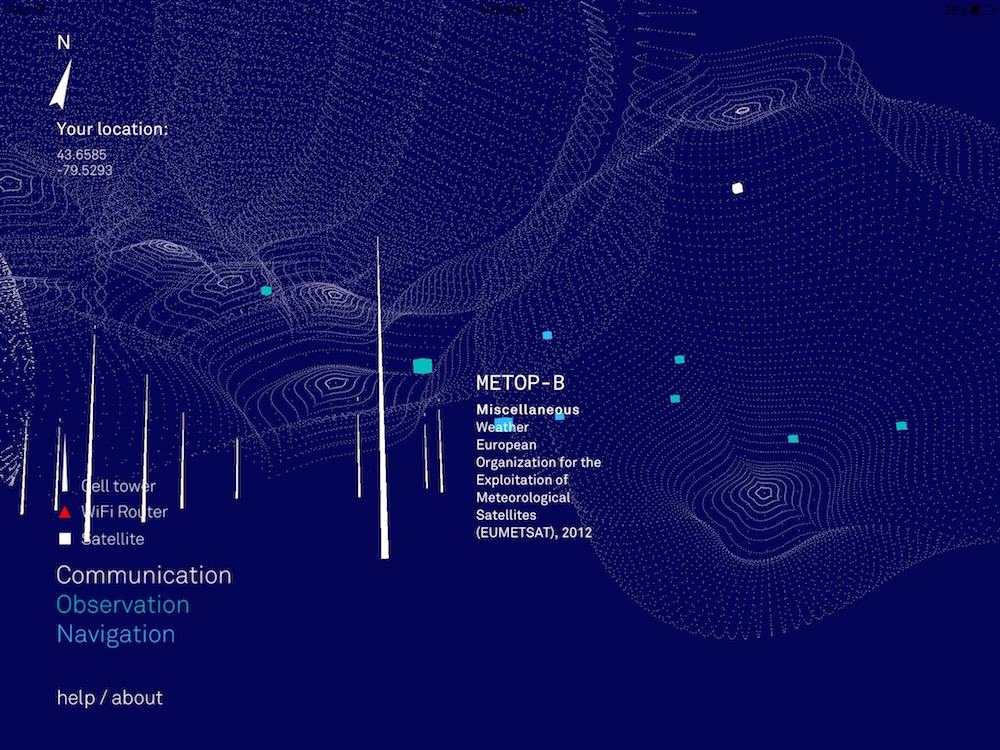 Have you ever wondered just how many wireless signals pass through your home? A new augmented reality app called Architecture of Radio promises you can find out.

You won’t be using this app to see how to get a better connection from your WiFi router; it doesn’t provide a real-time picture of the wireless signals in your home. Instead, it uses a combination of geolocation data and a variety of public databases to create an approximation of the wireless signals in a given area. (According to its description, Architecture of Radio has access to a data set that includes 7 million cellphone towers and more than 19 million WiFi routers.) Still, it’s a neat new way to see the world.

Architecture of Radio is available on both the iPhone and iPad for $3.29. An Android version of the app is set to be released in 2016.