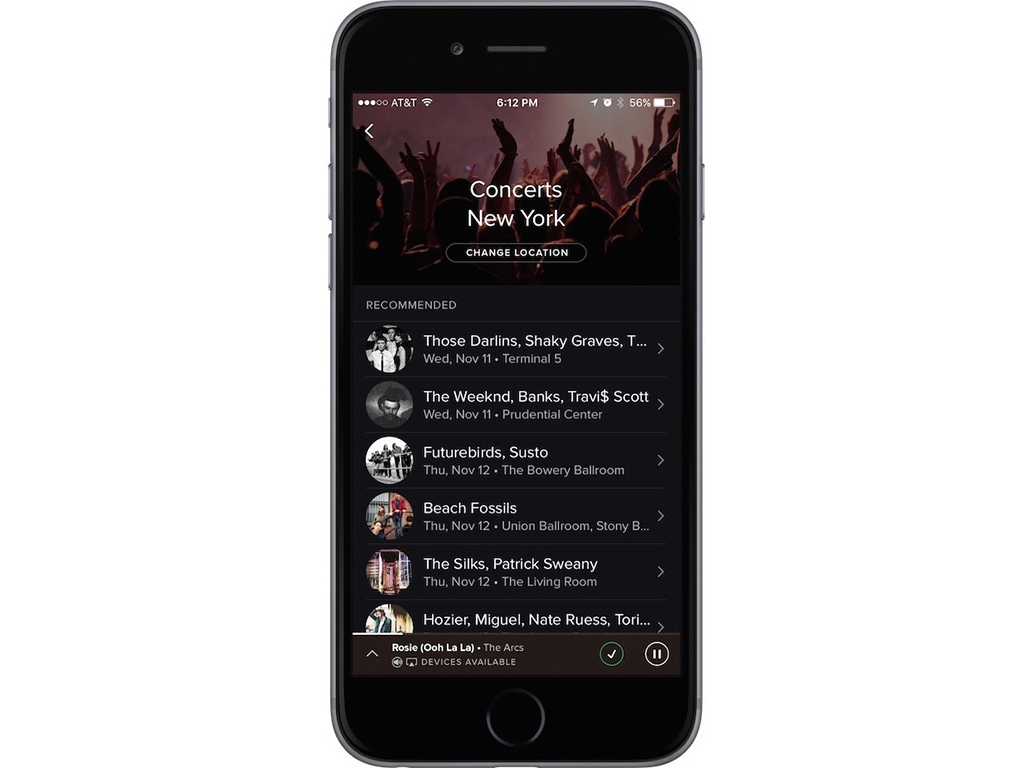 A significant reason for why Spotify has maintained its popularity in the face of increasing competition in the music streaming industry is the service’s ability to intelligently recommend music based on subscribers’ personal taste.

Spotify revealed today that it intends to take this concept further by pointing users to local concerts they may enjoy attending. Similar to how Spotify suggests individually curated songs in its weekly playlists, the platform’s new “Concerts” feature analyses users’ listening habits and then creates personalized concert suggestions.

The platform takes advantage of location data in order to ensure recommendations are accurate, even while traveling to a different city or country.

Spotify says its new concert feature was developed through a partnership with Songkick, a social media platform that allows users to track their favourite band’s concert dates and locations. Songkick currently has 19 million registered users worldwide and was one of the first services to opt into Spotify’s now defunct app platform.

However, Spotify is not the only music streaming platform to launch a concert suggestion feature; Rdio recently partnered with Songkick for a similar feature.