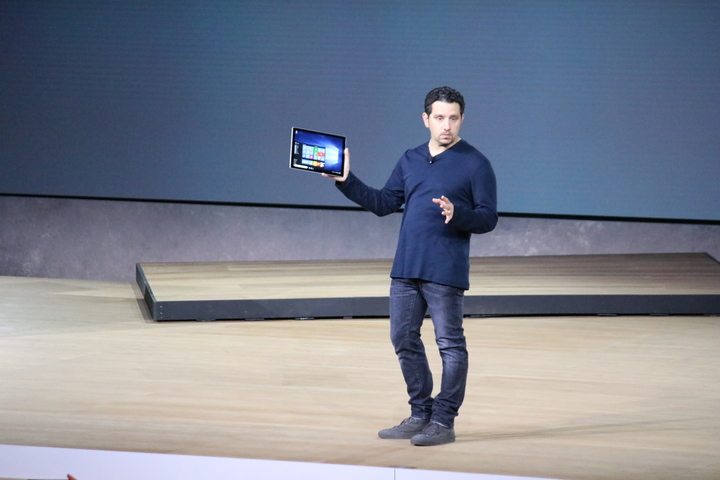 Microsoft announced today its fourth Pro-level Surface tablet, the Surface Pro 4, which furthers the company’s strategy to meld the desktop, mobile hardware and software into a single ecosystem.

Thinner and lighter than its predecessor, it is also the first Surface to ship with Windows 10, Microsoft’s well-received new operating system for desktops and tablets. Like previous Surface tablets, the Type Cover accessory will be sold separately, but this time it has a fingerprint sensor to use with Microsoft Hello, the company’s biometrics platform.

The Surface Pro 4 comes with a sixth-generation Intel Core processor, up to 16GB of RAM and 1TB of storage, making it about as powerful as any Windows laptop out there today. It has a 12.3-inch 2763 x 1824 pixel display with 267 ppi pixel density, making it slightly larger and denser than the Surface Pro 3. It also has a 3:2 aspect ratio screen. But Microsoft notes that the bezels around the screen have been reduced, so this year’s version is actually more compact. 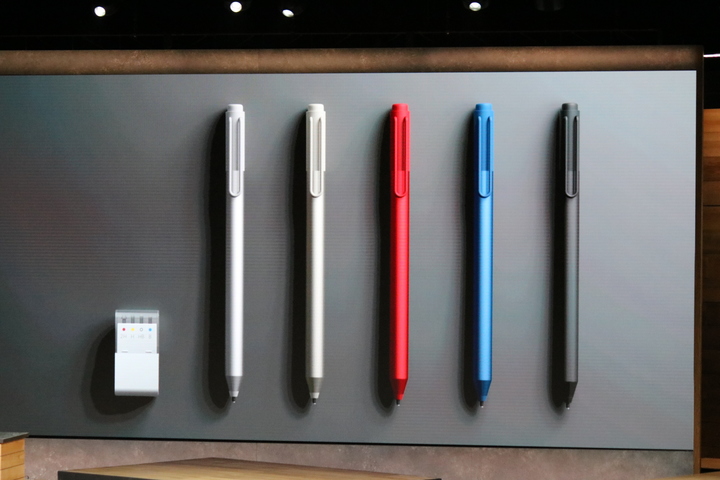 As with the previous Surface devices, a stylus works with the pressure-sensitive display, which has now been improved to 1024 levels of pressure, though this year’s pen attaches via magnets to the side of the case. It also communicates with Cortana using the backside eraser, something that Microsoft says will appeal to the nearly 50 percent of Surface Pro 3 users who regularly use the pen. 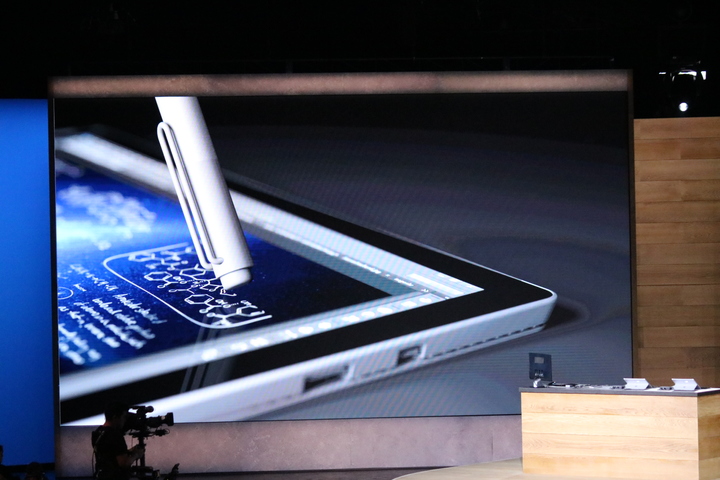 Microsoft’s promise this year is that along with Windows 10, developers will be creating a number of apps that take explicit advantage of the more sensitive pen, something that it hopes will differentiate the product from Apple’s upcoming iPad Pro and Pencil combination.

As for speed, the new Intel Core processors are fast — Microsoft claims that the new Surface Pro 4 is up to 50 percent faster than the MacBook Air, though a more apt comparison would be to the MacBook Pro, which is closer in weight and thickness to Microsoft’s new tablet with a Type Cover attached. 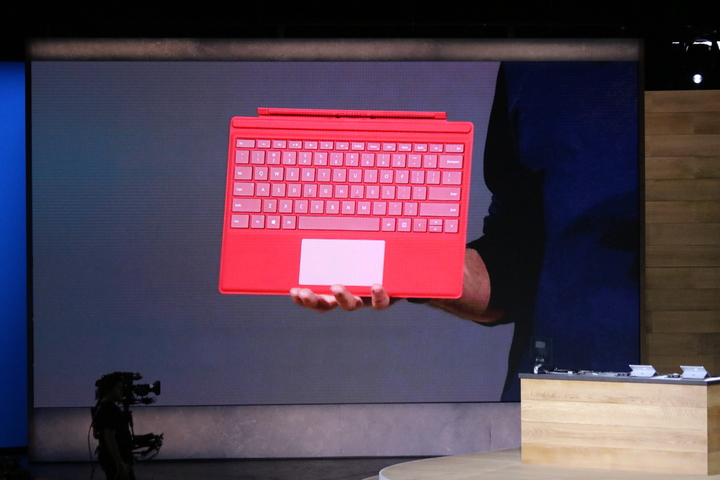 That new Type Cover is “lighter, thinner and more sturdy” than that of the Surface Pro 3, but the good news is that the new model will work with both last year’s tablet and this one.

The new Surface Pro 4 will be coming to Canada this year, but U.S. pre-orders begin on October 7th for $899USD for the entry-level model. General availability will begin October 26th.

Update: Microsoft has confirmed to us that the Surface Pro 4 will be available to pre-order in Canada starting October 7th and will officially launch on October 26th. Pricing starts at $1,179 CAD for the