Microsoft’s Display Dock makes the new Lumia into a PC 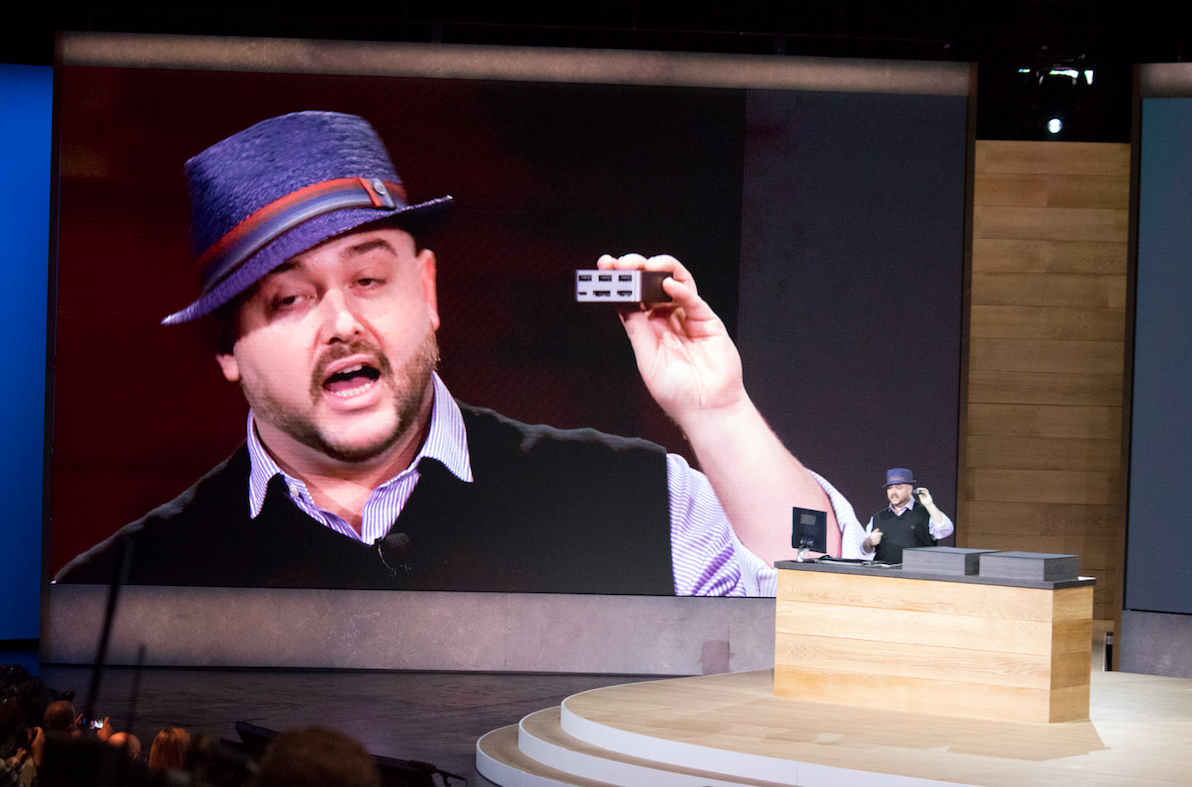 Microsoft announced today a new accessory called the Display Dock that allows users to connect one of the new Lumia 950 series phones to a monitor using either HDMI or DisplayPort, scaling up the new Windows 10 Mobile interface to desktop size.

The company says that the new dock, which connects to the phone using USB-C, has three additional USB 3.0 ports for accessories. It allows Lumia users to extend their experience to the desktop, utilizing universal apps like Microsoft’s Mail and Office suites, along with many third-party apps, with a mouse and keyboard.

Like with a desktop, the phone can utilize Windows commands like Alt-tab to switch between apps, and users engage with the home screen and Start menu, along with Cortana, like they would on a regular PC. That extends to the new Windows Hello feature, which uses biometrics like facial recognition to grant access to the machine.

Pricing and availability has not yet been confirmed for the new Display Dock, but it will be an essential tool for many office dwellers in the Microsoft ecosystem.