This could be Huawei’s 5.7-inch Nexus flagship [Update] 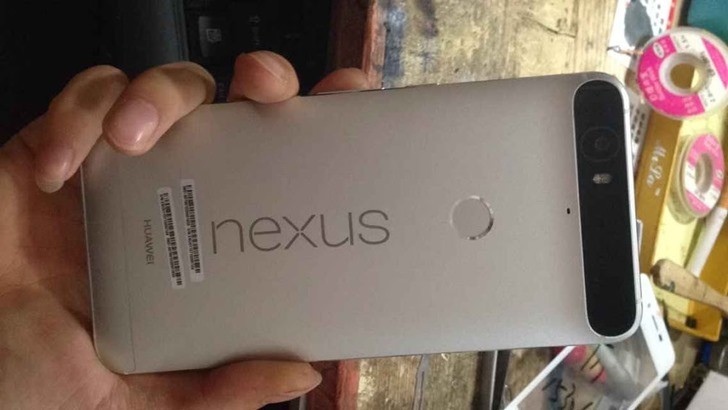 After last week’s leak of LG’s long-rumoured successor to the Nexus 5, it looks like the other Nexus device scheduled for launch this year, Huawei’s 5.7-inch “Angler”, has also found its way online in trio of photos.

The images come courtesy of Google+ user Tiessen Fu, who says he was given the phone by a friend.

Two of the images show the front and back of the device. The interesting take away here is that the device looks to feature a black house for its camera and LED flash. In this Angler recalls some of Motorola’s early Android devices. The final image shows what looks like a protective case meant for the device. Given that there’s a circular hole in the case and the fact that we’ve heard Angler will feature a biometric sensor, it’s safe to say that the corresponding circle on the device is in fact a fingerprint scanner.

In his post, Fu doesn’t talk specs. However, according to a previous leak, the device will supposedly feature a Snapdragon 810 or 820 processor and a 3,500mAh battery, as well as a USB Type-C connector.

Moreover, this isn’t the first time we’ve seen the Huawei Nexus. At the start of August, Steve Hemmerstoffer @onleaks posted a blurry video that reportedly showed the device. Comparing these photos to the video Hemmerstoffer posted, there’s a bit of discrepancy between the two devices. In the video, the device doesn’t have the same oblong bump as the one in the photos.

There could be a variety of reasons for this, but mostly I think it serves to underscore the fact that until Google actually announces the device, we have to take these leaks with a healthy dose of skepticism.

If history repeats itself, we can expect Google to announce Angler, along with the 2015 Nexus 5, at some point in October.

Update: Another photo has been posted displaying the Huawei device in some sort of protective casing. Its USB Type-C connector is on display, as is its spec sheet, which confirms a Snapdragon 810 chip.

Correction: a previous version of this post erroneously said that the codename for the Huawei Nexus was “Bullhead”. The actual codename is reportedly “Angler”.