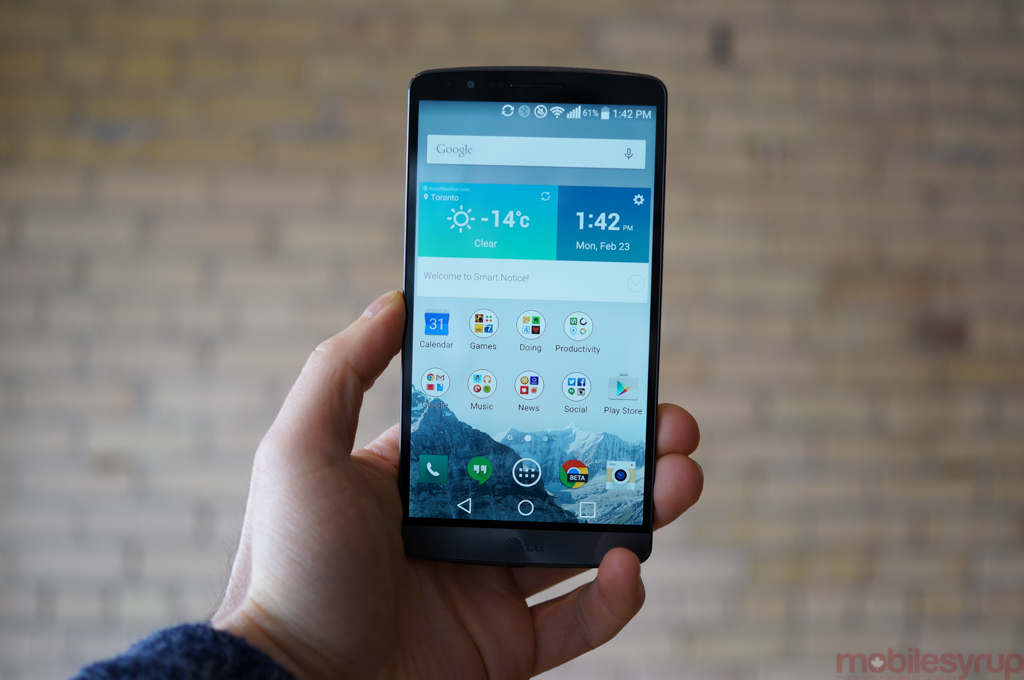 The LG G3 is not the newest smartphone on the market, nor the latest flagship from LG. However, Telus, which decided not to join the party when it launched a year ago, has opted to add this Android to its lineup at what would be considered today a mid-range price point.

Targeting the back-to-school crowd, Telus has priced the G3 at $450 outright, while its competitors have the LTE-enabled Android ranging from $500 to $650 no-term. However, the 2-year term is priced $80 more than other Canadian carriers at $100.

That said, better later than never.