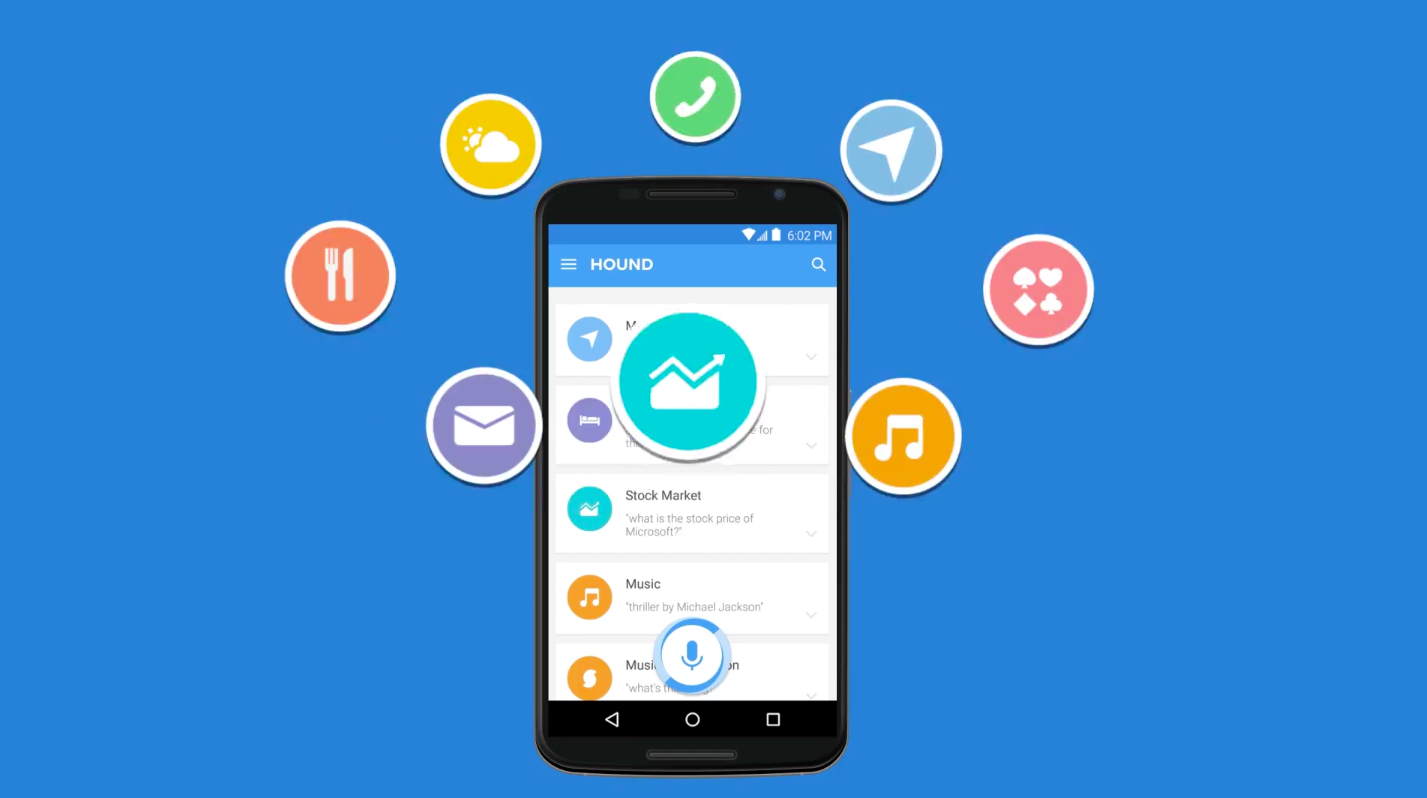 The voice-assistant app space is about to become more crowded thanks to a new entrant to the field. Announced on Tuesday, Hound is the latest app from SoundHound, a company that’s likely best known its Shazam-like app for identifying music. And while Hound is not the first such app of its type, it just may be the fastest.

That said, if you get a sense of déjà vu looking at screenshots of Hound in action, it’s because Google Now is an obvious influence. The similarities don’t stop there, either. To start a query, Hound users are currently required to say, “Okay, Hound” before stating the rest of their question. Once a question is inputted, Hound can relay results on all sorts of things, including the weather, traffic, flights, stocks and more.

That said, there are differences between the two apps: the main one being, as mentioned, that Hound is able to parse questions at a much faster clip. It can also make sense of some rather awkwardly worded questions. During the demo it attended, The Verge heard Keyvan Mohajer, the founder of SoundHound, briskly ask the voice assistant, “What is the population of capital of the country in which Space Needle is located?” Despite some missing words, Hound was able to parse the question, correctly responding, “The population of Washington, DC is 601, 723.”

That the app is able to quickly produce an answer is a result of its unique design compared to other voice assistants. Unlike Siri or Cortana, Hound combines voice recognition and natural voice understanding in a single engine.

That said, I should note here that the demo The Verge and other publications were shown was conducted in a quiet room with WiFi access, and whether Hound is able to produce similar results in real-world conditions remains to be seen.

Obviously, SoundHound has a steep mountain to climb before Hound sees a fraction of the success mainstream voice assistants enjoy. One of its main and most important disadvantages is that it will likely never be as tightly integrated into Android and iOS as Google Now and Siri are, and that may be enough to spell disaster for it.

The only way to currently access Hound is to get an invite to the app’s Android only beta. A wider launch, which will include an iOS release, is expected later in the year.