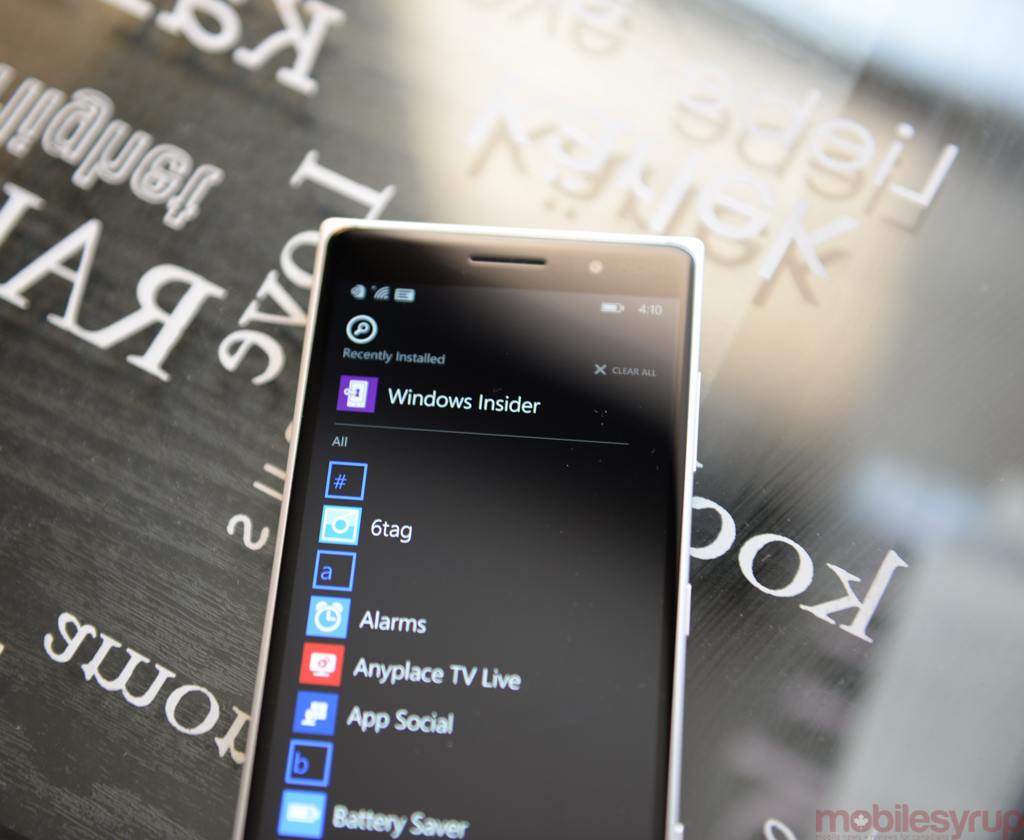 Microsoft’s latest Windows 10 Technical Preview for phones was unveiled this week, adding support for the Lumia 930 and HTC One M8 for Windows, along with the Lumia 640 and 640XL. These phones weren’t released in Canada, but, at least for owner of the first two, this update is a big deal.

For everyone else, the update is important for other reasons. In addition to fixing a lot of stability and performance bugs, it adds a new Windows Store Beta, with a new design and better focus on high-quality content. If you’ve been running Windows 10 on a PC or tablet, the Store will look familiar.

Also present in this new build are the initial Universal Office versions of Word, Excel, PowerPoint and OneNote. All of them feature design overhauls, and are based on the universal codebase shared between platforms, with bottom controls.

Microsoft admits that Windows 10 for phones (or Windows 10 Mobile) won’t arrive on devices until later this year. Microsoft’s Gabe Aul explains in a post introducing the new version, “Even though Windows 10 will be arriving for phones later than it does for PCs, the underlying OS code is still the same.”

Have you tried this new build as part of the Windows Insider program? Let us know in the comments or Windows Community!