Sony announces the Xperia Z4, no Canadian release date yet 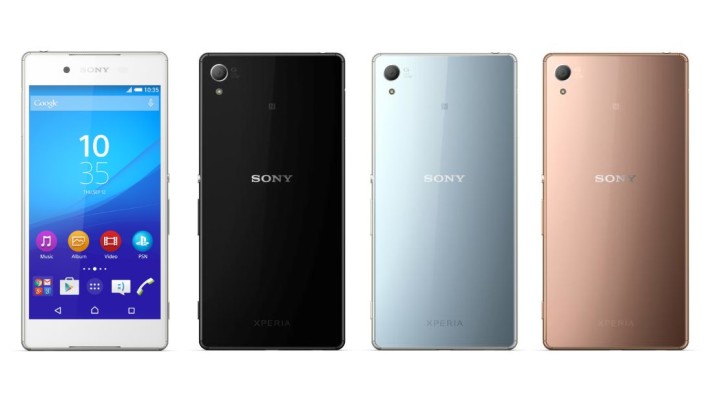 Although not a significant departure from its predecessor, the device will have several meaningful upgrades. At 6.9mm, it’s 0.4mm thinner than the Z3, and its metal frame is reportedly stronger than its predecessor’s despite being lighter. Moreover, the new phone comes with Qualcomm’s latest system on a chip, the Snapdragon 810, an eight-core offering with four cores clocked at 2Ghz and four at 1.5Ghz. Supporting the processor is 3GB of RAM and, thankfully, a boost to 32GB of internal storage, a move that will make happy a lot of current Xperia owners.

The phone also features its predecessor’s 20.7MP rear camera and 25mm wide-angle F2.0 lens. The fourth Sony flagship to use this 1/2.3″ sensor, it has proven to be both a blessing and a curse for the company as it struggles to produce the kinds of results Apple and Samsung are becoming well-known for.

The device’s most interesting upgrade might be it’s front-facing camera. Sony has not only added more megapixels to the equation—5.1MP in this case—they’ve also added a wider lens and support for digital image stabilization, which was previously only available on the Z3’s rear camera. These extra-wide and more stable selfies can be viewed on the phone’s 5.2-inch 1080p IPS display.

To keep thickness to a minimum, Sony has actually compressed the battery from 3,100mAh in the Z3 to 2,930mAh in the Z4. We can’t fault the company for its design choices too much, as the Z3 had some of the best battery life we’ve experienced from an Android phone, but it’s going to cause consternation with hardcore fans nonetheless. The device ships with Android 5.0.2 Lollipop as well.

As with all recent Sony flagships, the Xperia Z4 is both water and dust proof, with ratings of IPX5 / IPX8 equivalent for ingress protection. There’s also LDAC high-res audio support on-board, a technology used in Sony’s high-end Walkman music players.

The company is aiming for a summer release in Japan, and isn’t mentioning an international rollout just yet. However, if the company’s history is any indication, the Z4 will eventually make its way to North America. One hopes this means the company is waiting to announce a Compact version of the Z4.

In the meantime, those that find themselves in Tokyo can check out the phone at Sony’s showroom in Ginza beginning April 22nd.