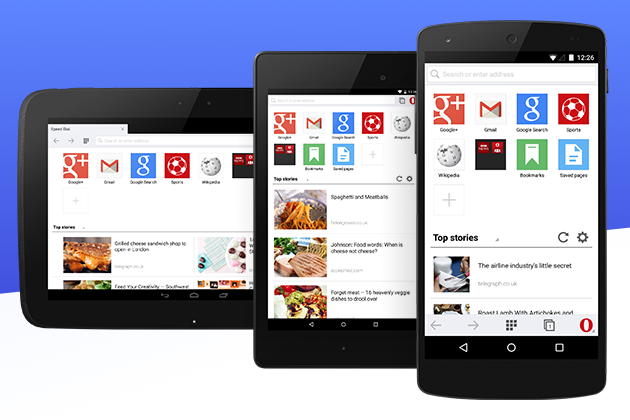 “Opera Mini’s dramatically redesigned interface achieves a native Android look and feel,” says the company in the press release it sent out.

While this overhaul does indeed bring the look and feel of the Mini broswer closer to other offerings on Android, it is not a Material Design makeover; instead, what’s here still very much references Opera’s previous design efforts.

Besides the design overhaul, the company has also added several significant features to the browser, including a new private browsing mode, an interface that scales with higher resolution devices, the option to optimize the interface for thumb navigation and a data counter that keeps track of one’s browser usage.

As of the writing of this post, the update should already be live on the Google Play Store.

In the same press release, Opera also outlined its future plans for the Android platform. “We aim to reach 275 million users on the Android platform by 2017, more than doubling today’s user base of 130 million,” said Lars Boilesen, the company’s CEO. Good stuff.

Opera Mini is the company’s low-profile web browser for low-powered devices, and has deals with dozens of OEMs to pre-install the software on devices. It also has a more powerful Opera browser with more features.

Have you had a chance to check out new Mini browser? Tell us what you think in the comments.