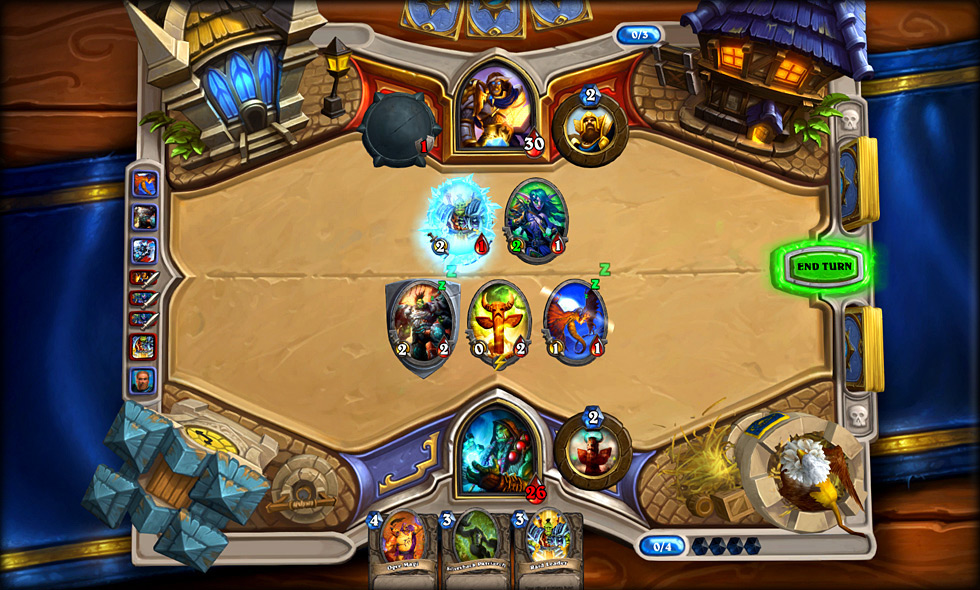 Heavily inspired by Wizards of the Coast’s Magic the Gathering, Hearthstone sees players craft decks of cards that they use to battle against other players online. The free-to-play game is immensely popular, and has all the typical polish associated with a Blizzard release.

The game has been available on iOS and Android tablets since last year, but it’s taken Blizzard awhile to optimize the experience for smaller displays.

Using Blizzard’s Battle.net service, Hearthstone syncs across the multiple platforms the game is available on. A player’s card collection, ladder rank, quest progress and arena runs will carry over whether they decide to play on Mac, PC, Android or iOS.

Players who finish a full game on one of the game’s smartphone apps will be rewarded with a free card pack.

On iOS, the game won’t show up in a search yet, but it can still be downloaded through this link. As for Android, it doesn’t appear the update has been pushed to the Play Store yet, but should it appear there in the next little while.