Hands-on with tshirtOS, a programmable shirt you control with a smartphone 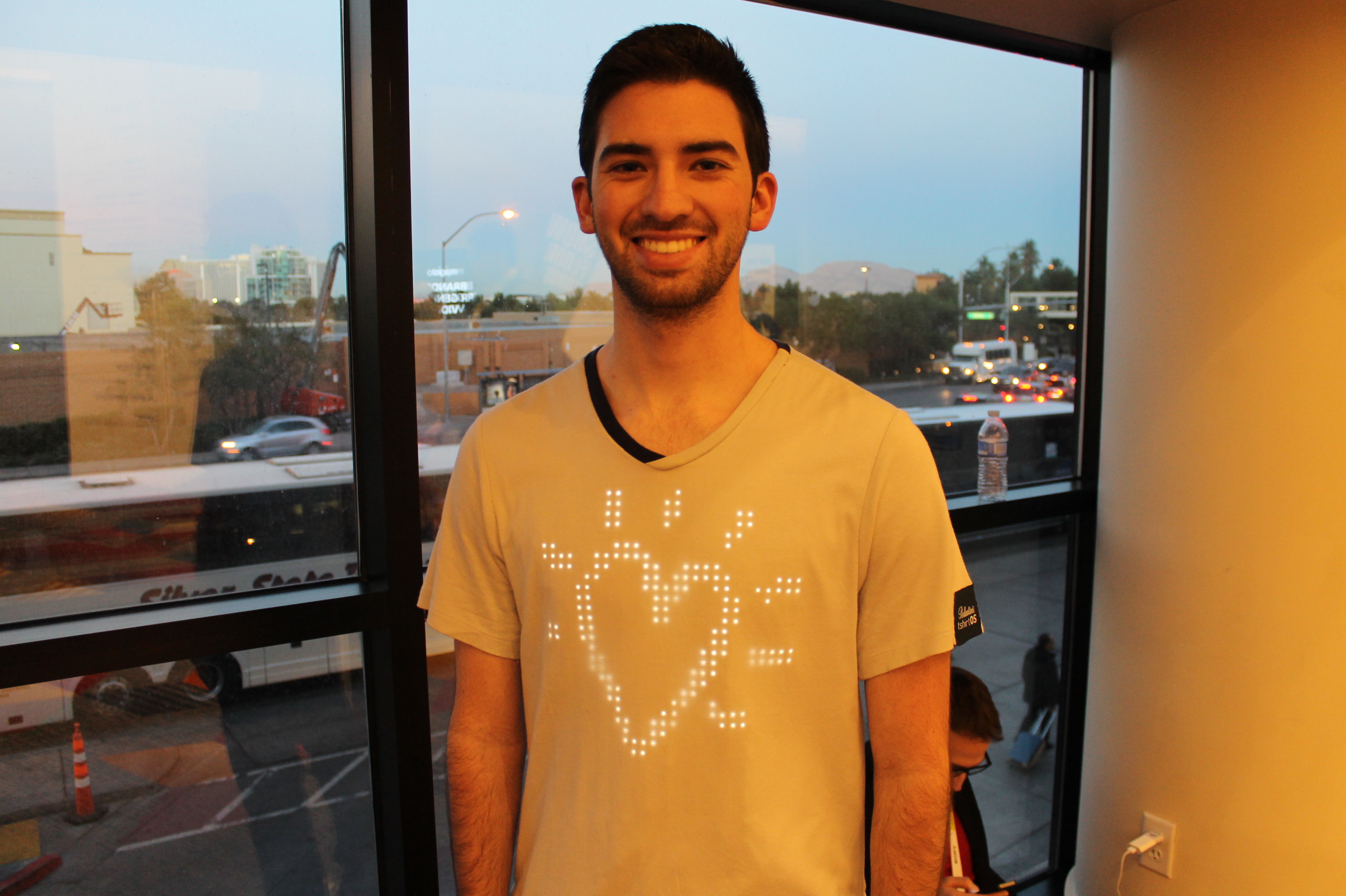 This year, we have started to see smart garments make their way to consumers. While most are focused on fitness tracking, like OMSignal and Hexoskin, there are a few companies connecting our clothing to further its ability to express the feelings of the people wearing them. One of these companies is Switch Embassy, which is working on a programmable shirt called tshirtOS.

tshirtOS uses a matrix of LEDs to display text, Tweets, Facebook updates and images, both still and animated, on the front of the shirt. What you put on the shirt is configured in an app on your smartphone, which is conveyed to the shirt over Bluetooth. We’ve seen this concept before from Toronto’s MeU, but whereas MeU is providing a matrix that can be attached to any clothing, Switch Embassy has integrated the matrix into the shirt — as if it were part of the fabric. 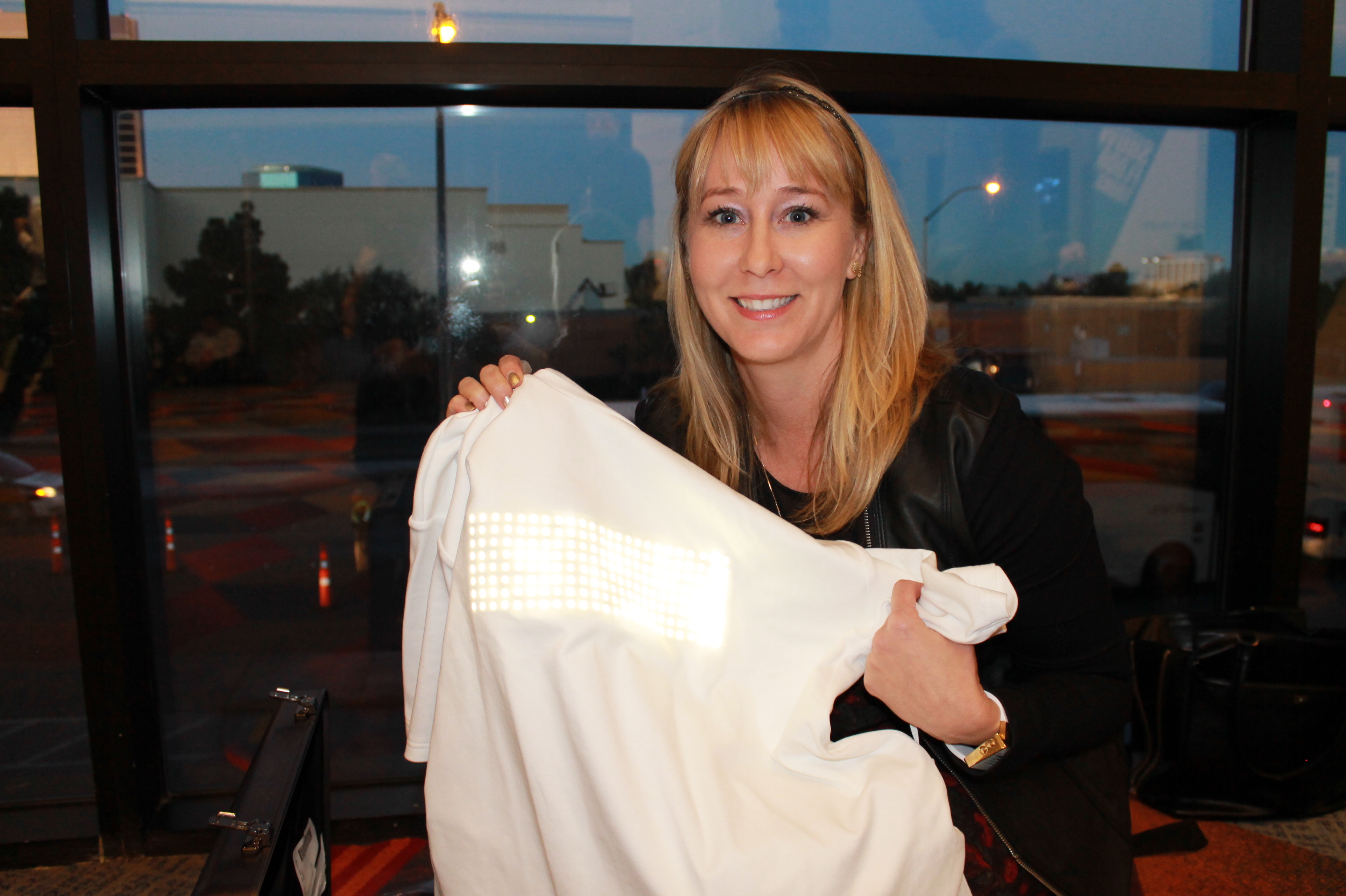 The real differentiator for tshirtOS is that the technology is washable. All but the removable battery can be thrown into the washing machine. The LEDs are also extremely thin — as thin as a fingernail — making the t-shirt pliable and flexible.

A medium-sized shirt currently contains 896 white LEDs in a 28 x 32 matrix. I was able to get my hands on a first generation sample and although the LED matrix was noticeable to touch, I was able to crumple and fold the t-shirt in much the same way one would a regular cotton T. Considering how many LEDs were in the shirt it was quite impressive.

The first generation shirt contains a bigger battery and external circuit board which sits in a jean pocket or nearby. Switch Embassy is working on making these components smaller and creating pockets within the shirt in strategically comfortable places so that you won’t see any wires. The shirt is expected to have enough power for about eleven hours on a single charge.

As the digital shirt looks best in the afternoon, inside or in the evenings, it isn’t expected to remain on all day, so that battery estimate could be stretched to two days. Charging the battery is done through micro USB. 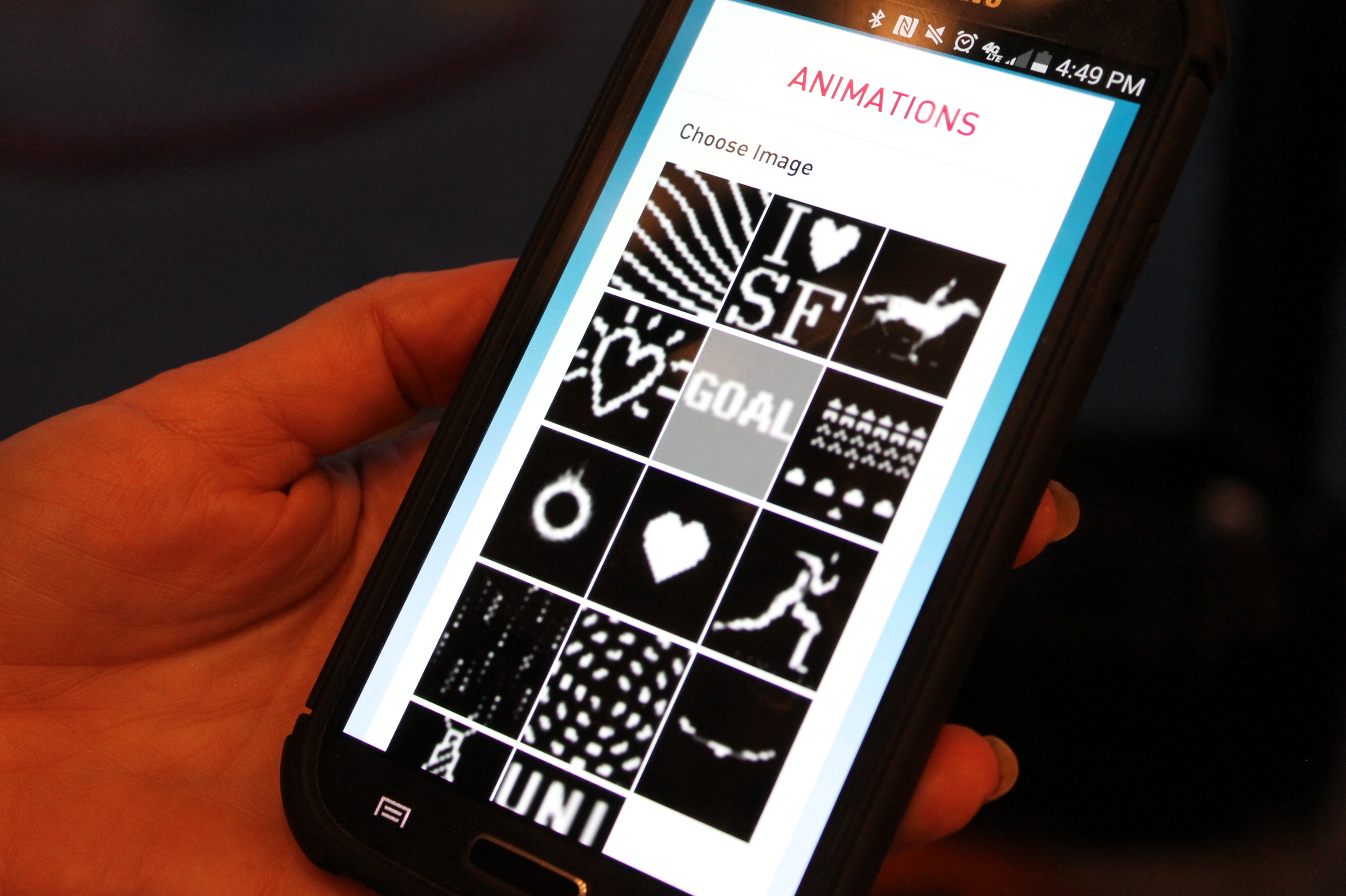 Changing the look of the shirt is as easy as tapping an image in an app. We ran through a series of animations at CES, from a running horse to a beating heart and even a Space Invaders sequence (my fav). Right now the app has preconfigured animations, but the team aims to launch with the ability to upload animations and images. “I want people to have a canvas for creativity on their clothing,” Switch Embassy CEO and Creative Director Alison Lewis told us. “My goal is to bring this technology to the world”.

Although Lewis told us that they “have all the technology to make this work,” the team is only planning a short run for 2015 with the goal to make the shirt more widely available in 2016. Right now the company is focused on figuring out what’s required to manufacture in large quantities along with finding the investment to bring this technology to market. Lewis was unable to provide us with a suggested retail price but did say that it will be “higher than you will want to pay for a t-shirt and much lower than you think.”