Hands-on with CarPlay and Android Auto 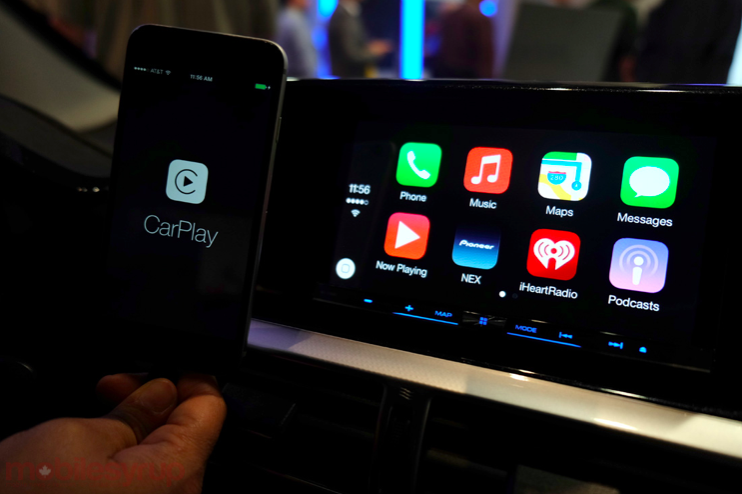 The two most popular automotive infotainment platforms are also the ones that have either barely entered the market or have yet to appear. Apple’s CarPlay and Google’s Android Auto have become de facto industry standards for smartphone integration and infotainment, despite being all but completely unproven on the road. In taking a hands-on look at both platforms, there is reason for optimism.

Pioneer was first to market with a CarPlay-enabled deck in October, though support broadened before and after that launch. Pioneer had both on display at its booth at CES, with small, but noticeable lineups waiting to catch a quick glimpse of how well they actually worked.

Before even getting into the nitty gritty of it all, what’s most striking about these two platforms is that they put Apple and Google in the driver’s seat (pun intended). Automakers have long been loath to farm out control over any aspect of their vehicles, including what happens in the dash. Aftermarket manufacturers like Pioneer and Kenwood have staked their respective reputations on doing as much or more than the automakers, filling in gaps and offering more functionality for less money.

While the hardware and middleware suppliers remain the same, Apple and Google ultimately call the shots on what their respective platforms actually do, essentially holding most of the cards on how consumers will view in-car smartphone integration. 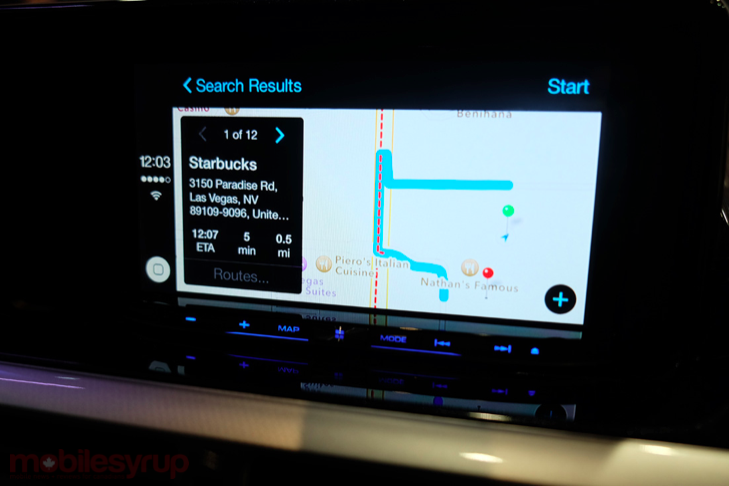 On the face of it, CarPlay looks like iOS, but with a different coat of paint. The icons are familiar, yet the interface beyond that isn’t necessarily the same. That is likely by design, since in-car usage presents its own set of UI challenges. Touch plays a huge role in navigation, but Siri arguably plays the most crucial one because it’s able to access all the core apps easily. I would expect that scale to level out as more third-party apps are integrated in the future, however, given that Siri doesn’t dig into them.

Spotify and Rdio were two familiar ones that will come in CarPlay out of the gate, where opening either one on the deck itself brings up your settings for either streaming service, so long as you’ve already logged in on your phone. The only other third-party app I saw was iHeartRadio, which isn’t available in Canada.

The demo went smoothly, with commands widely understood and a user experience that didn’t require clutching the iPhone for any reason. One clever and useful feature was seeing it pull an address from a text message and include it in a list of prospective destinations in Apple Maps. A couple of other interesting points also stood out. First, CarPlay will only work when the iPhone is plugged in directly via a regular Lightning-to-USB cable. There is a $35 Pioneer “automotive-grade” cable that is said to withstand colder weather and wear and tear. Second, there is no Bluetooth connectivity to speak of. CarPlay needs a hardwired connection to work, and is driven entirely from the phone.

This means that any functionality with the apps is almost entirely reliant on data. That poses a problem in roaming situations, with the exception of music stored on the phone, which naturally doesn’t need to data for playback.

Moreover, CarPlay will only work on iPhones running iOS 7.1 and higher with a Lightning port, effectively eliminating all models preceding the iPhone 5. In the case of Pioneer and Kenwood, CarPlay-enabled decks can actually have Android Auto at the same time, thereby accommodating couples or siblings who may be using either mobile OS. A Pioneer Canada representative pointed out that 6-inch screen size CarPlay decks won’t have dual functionality with Android Auto because of screen optimization issues that have yet to be resolved.

Pioneer will have five CarPlay models available starting in March, with Kenwood having announced its own flagship head unit, the DDX 9902S, which will be able to also run both platforms. 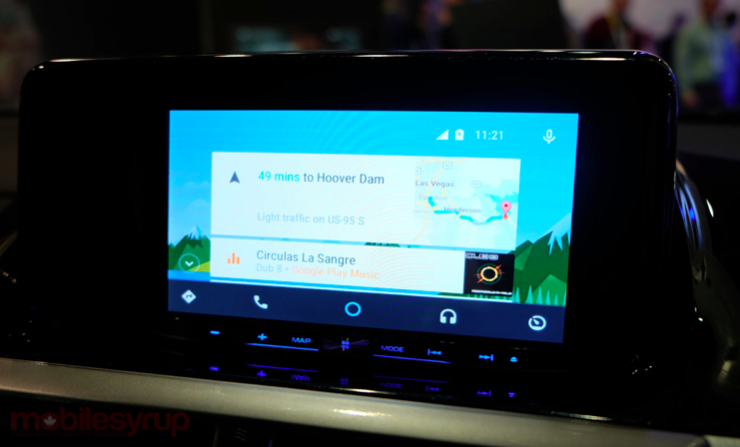 One thing Android Auto cleans up is the crippling fragmentation that all but stalled any momentum from previous aftermarket head units, where two Android phones running the same version wouldn’t have the same compatibility. For starters, only Android 5.0 Lollipop works with Google’s car solution, and like CarPlay, there is zero backward compatibility with older decks or vehicles. If your phone isn’t upgradeable to Lollipop, you’re out of luck unless you get a phone that does. And like Apple, Google decides what apps make the cut and how the interface will work. 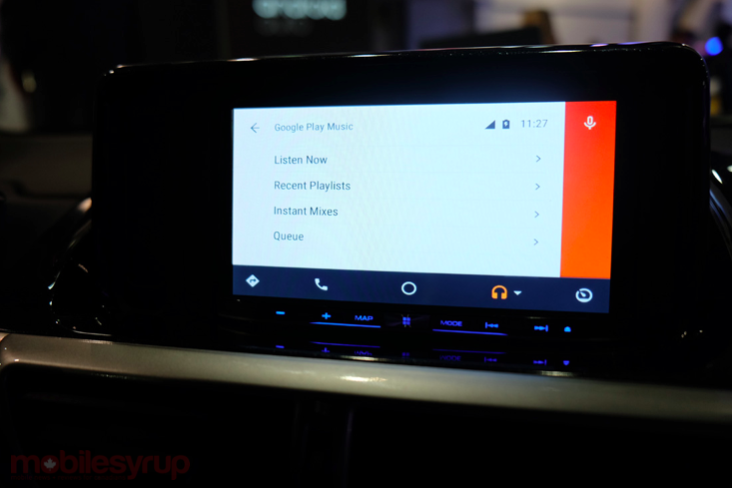 The demo I saw was typical Google. Google Now is integrated, allowing users to press the voice button on a steering wheel control, for example, and voice a command, which can be calling someone, sending a message or looking for a destination or point of interest via Google Maps. Hands-free voice messaging via WhatsApp is also expected to be included, though there’s no word on when that will actually roll out.

If your phone isn’t upgradeable to Lollipop, you’re out of luck unless you get a phone that does.

Again, third-party apps are entirely at the mercy of Google. Developers have been invited to optimize for Android Auto, but it’s not clear what the criteria is to be included among the core apps already there. I saw little to no Gmail integration, though I expect that should be coming, since this wasn’t a fully finished product.

Still, this is a familiar, yet invariably different iteration of Android, bearing little resemblance to the type of visuals and layout you would expect to see in an Android tablet at the same screen size.

Pioneer will have three models with Android Auto integrated in the next couple of months. As with the CarPlay units, pricing has yet to be confirmed for Canada.