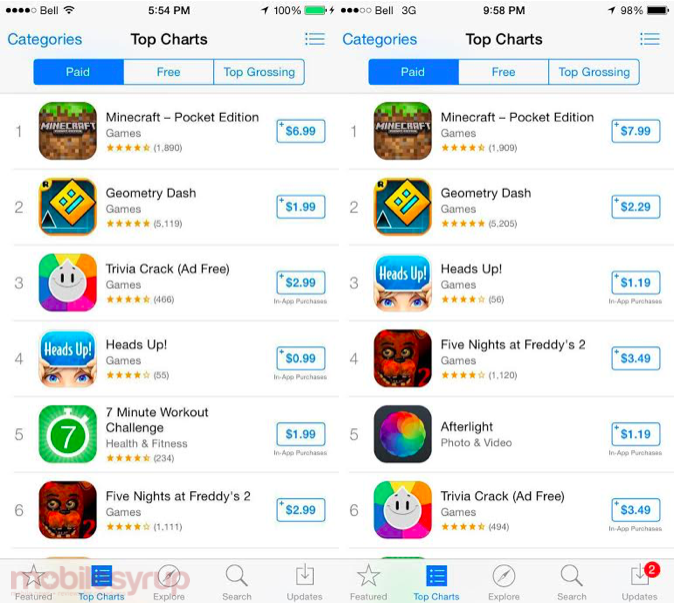 Apple sent out a message to its developer community yesterday stating that the prices of apps will increase in several regions, including Canada, European Union, Russia and Norway. The reason given was “to account for adjustments in value-added tax (VAT) rates and foreign exchange rates.”

Apple recently announced that the App Store set new records in terms of app purchases, with customers spending nearly $500 million during the first week of 2015. The App Store now has over 1.4 million available apps.