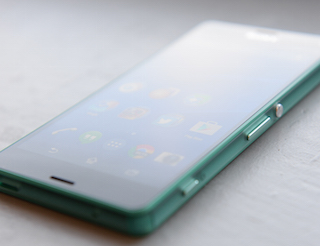 Sony just unveiled the Xperia Z3 in September and put it for sale in Canada late October. But as always, Sony Mobile is moving at lightning speed. The company has had four flagship Xperia Z phones in under two years and now we’re preparing for a fifth, the Xperia Z4. Rumour has it Sony plans to introduce the Xperia its latest flagship at CES this coming January.

The company has a press conference scheduled for January 5th and though it hasn’t detailed any kind of agenda for the conference, the rumour mill is expecting the Z4 complete with a 5.4-inch Quad HD display, a Snapdragon 805, 4GB of RAM, a 20.7MP rear camera, a 4.8MP camera up front, and a 3420 mAh battery.

PhoneArena reports that we’ll also see the Z4 Ultra in January. This goes against talk that Sony planned to release only one flagship phone next year. The Z4 Ultra is rumoured to feature a larger 5.9-inch display and will apparently measure only 5.7mm thick (for reference, the Xperia Z3, which is already very slim, has a 7.3mm frame). The Xperia Z4 Ultra takes the camera sensor down to 16MP but retains the same Snapdragon 805 chipset and 4GB of RAM.

While the rumours of a January unveiling might be true, it’s unlikely the Xperia Z4 will actually be available before Q2 of next year. The Z3 was only made available in September. It needs to let the Z3 air out a little bit before it launches a successor.

Sony announces the Xperia Z4, no Canadian release date yet