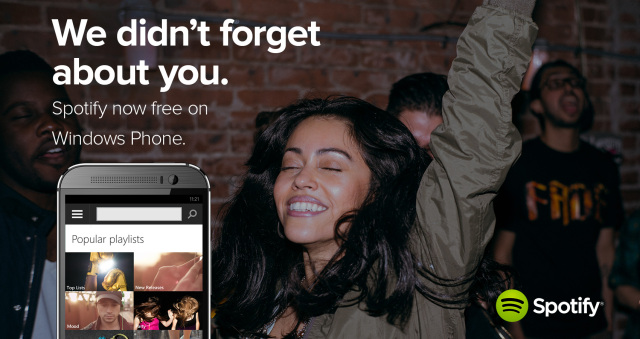 Music streaming service Spotify has announced that Windows Phone users can now listen to music for free on their phones. Previously, Windows users had to fork over money for a premium subscription if they wanted to stream Spotify on their mobile phone. Android and iOS users have been allowed to listen for free for almost a year.

Back in July, Spotify revealed its plans to launch in Canada. Presumably, Windows Phone users in Canada will also be able to stream for free once the service does finally launch.