ZTE launching its first smartphone in Canada, the Grand X, as a Bell exclusive 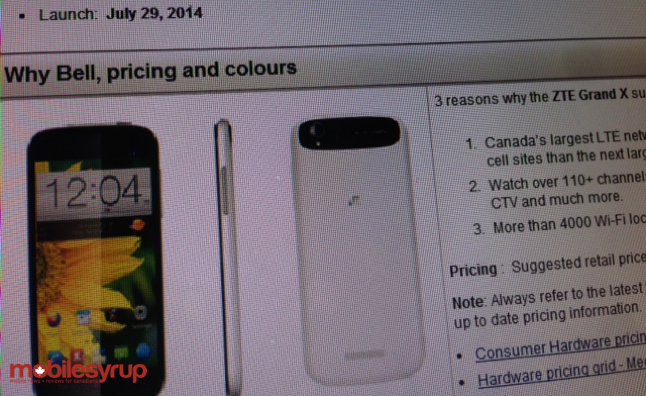 Another exclusive smartphone is heading to Bell this month. The ZTE Grand X, a 5-inch 720p device with a 1.2GHz quad-core processor, 5MP rear camera and 1MP front-facing camera, will arrive in Canada on July 29th.

While the device might not be for everyone, the specs are something to consider for the price, which is a respectable $149.95 no-term. The Grand X also has a 2400mAh battery, runs Android 4.3 Jelly Bean, weighs in at 175g, and sports HSPA+ connectivity.

Probably the most important news about Bell launching the Grand X is that it is ZTE’s first smartphone in Canada. Previously ZTE only released wireless hotspots.