A First Look at Recon Jet: Smart Glasses for Sports 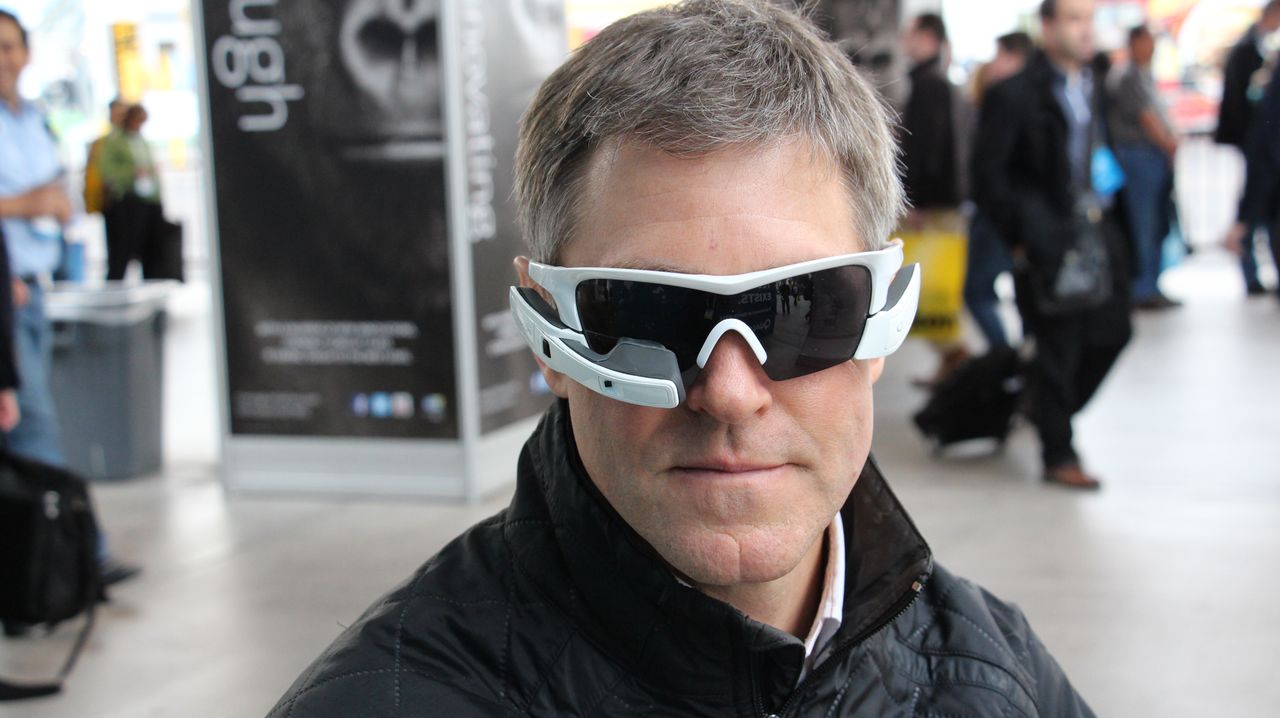 Smart glasses may not be as prevalent as activity trackers and smartwatches here at CES but they are definitely a growing category. One of the most anticipated heads-up displays (HUD) coming to the market this year is from Vancouver’s Recon Instruments with their device called the Recon Jet.

Recon was originally expected to ship the Jet at the end of last year, but that shipment date was pushed out to Spring of this year because the team wanted to improve upon the quality of the product for their users. 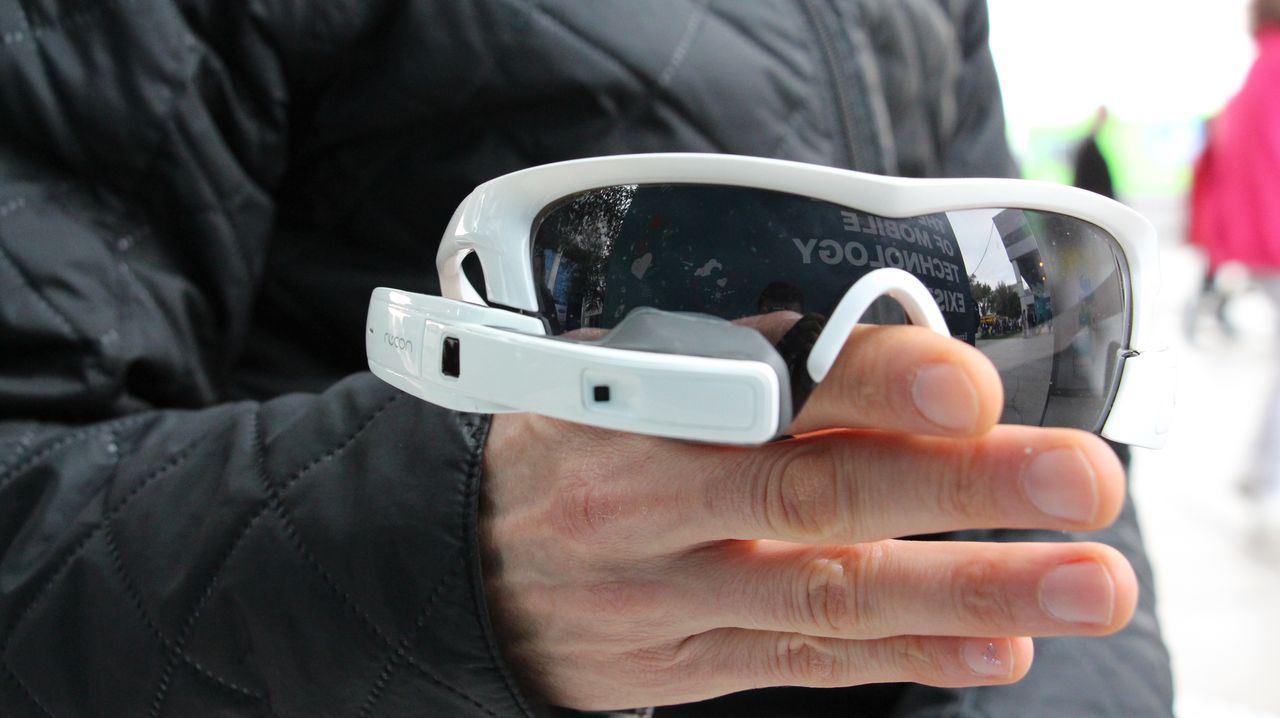 We caught up with Recon’s CMO, Tom Fowler, at CES to get a preview of what the Jet will look like when it goes out to market. And as you can see from the photos we shot, the Jet’s design looks pretty much identical to the renderings shown on their website.

On the right of the glasses is where the camera, touchpad and display are situated. On the left, extending back towards your ear is the chargeable battery. The Jet itself was very light something that shouldn’t change much when all the electronic nuts and bolts are added in the final version according to Fowler.

The glasses were also quite comfortable. And despite the extra computing attachments, it was very easy to look out through the lenses to see what was in front of you just like any other pair of sunglasses. This is obviously key if you are going to use these for cycling, running or other sports. 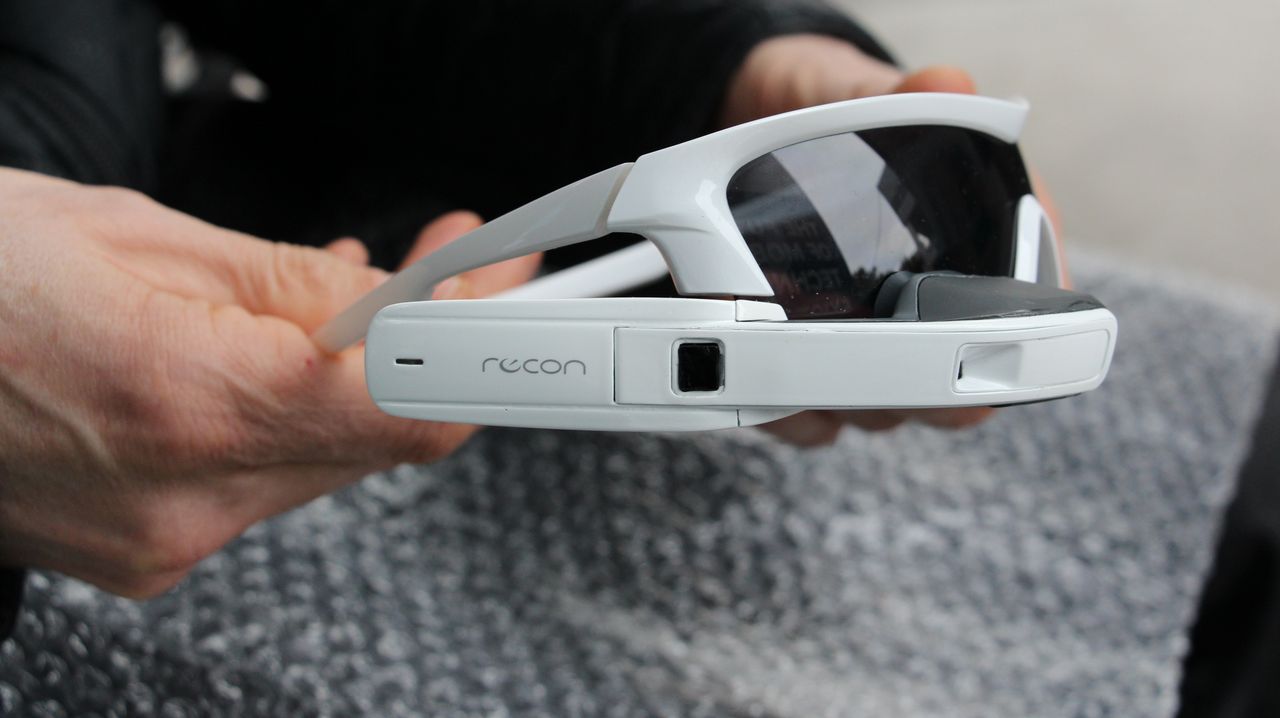 Fowler confirmed that they are on track to start to deliver the Jet out to those that have pre-ordered in Spring. We can’t wait to get our hands on a working model.