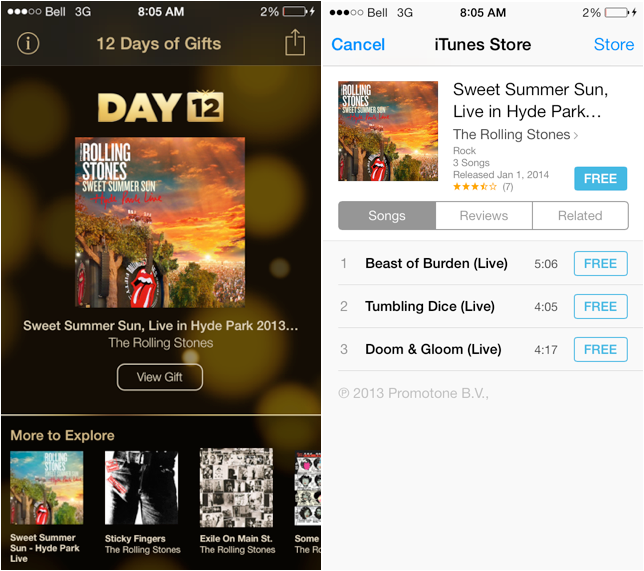 Apple is in the festive mood for the next 12 days with their “12 Days of Gifts” promo. This will see freebies hit your iPhone and iPad until January 6th. Similar to previous years, Apple will dole out songs, apps, books and films to all who download the 12 Days app from the App Store — this is only compatible with devices running iOS 7.

The freebies will vary depending the on the country you’re in. In Canada, on December 16th, Apple gave a bonus gift of Lorde’s new single “No Better,” and here’s what you can download over the next few days:

Download the ’12 Days of Gifts’ app here from the App Store.