Video: Microsoft’s ‘A fly on the wall in Cupertino?’ 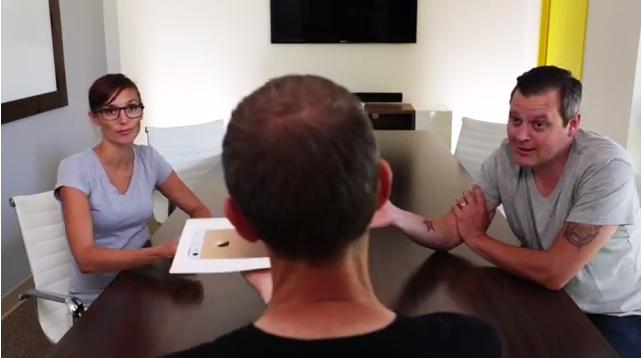 Microsoft posted a video on their Windows Phone YouTube channel titled ‘A fly on the wall in Cupertino?’ For almost 2-minutes they specifically target everything about the new iPhones. Looks and sounds incredibly low-budget.

Update: Microsoft pulled the video from their official channel, but it’s already popped up on different YouTube channels.

Update #2: Microsoft has finally come forward with a response to why they pulled the cheesy video from their YouTube channel. According to a report in CNet, a Microsoft spokesperson stated that the short ad “was intended to be a lighthearted poke at our friends from Cupertino. But it was off the mark, and we’ve decided to pull it down.” Of course, the ad is all over various video sharing sites now and deeply embedded within internet history…