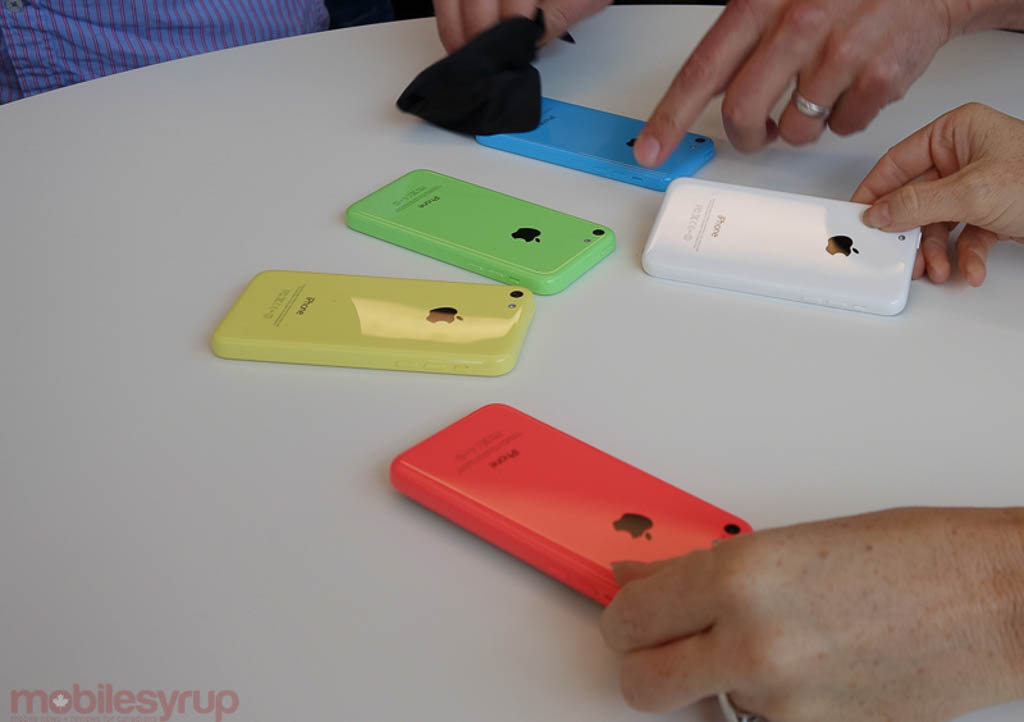 Update: Apple has updated its site for all colours of the iPhone 5c, noting that it’s “Available to ship: 3-5 business days.” Still no word on how many of them have been pre-ordered, nor which colour is Canada’s favourite.

Canada is one of the several countries that will launch the new iPhone 5s and iPhone 5c on September 20th. So far Rogers, Fido, Bell, Virgin and TELUS have all confirmed that both new iPhones will be available sale on the 20th, but only the 5c is available to pre-order now. Apple Canada has officially gone live with pre-orders via their website (delivery currently states between September 20th – 24th).

The 2-year subsidized contract pricing and the no-term pricing are as follows:

In addition, TELUS and Rogers sent us a note that customers can reserve online from their respected websites. Rogers and Fido will both be going live sometime between 6:30 – 7:30am EST and customers will have to drop down $40 (plus taxes). Rogers reservation system link here, plus Fido here.

If you’re wanting to secure your colourful iPhone 5c with TELUS you can go forth here. No word yet on Bell or Virgin.

Update: Both big box retailers Best Buy and Future Shop have listed the iPhone 5c as available for pre-order in-store. If you’re thinking about going this route you’ll have to put a deposit of $50 down.