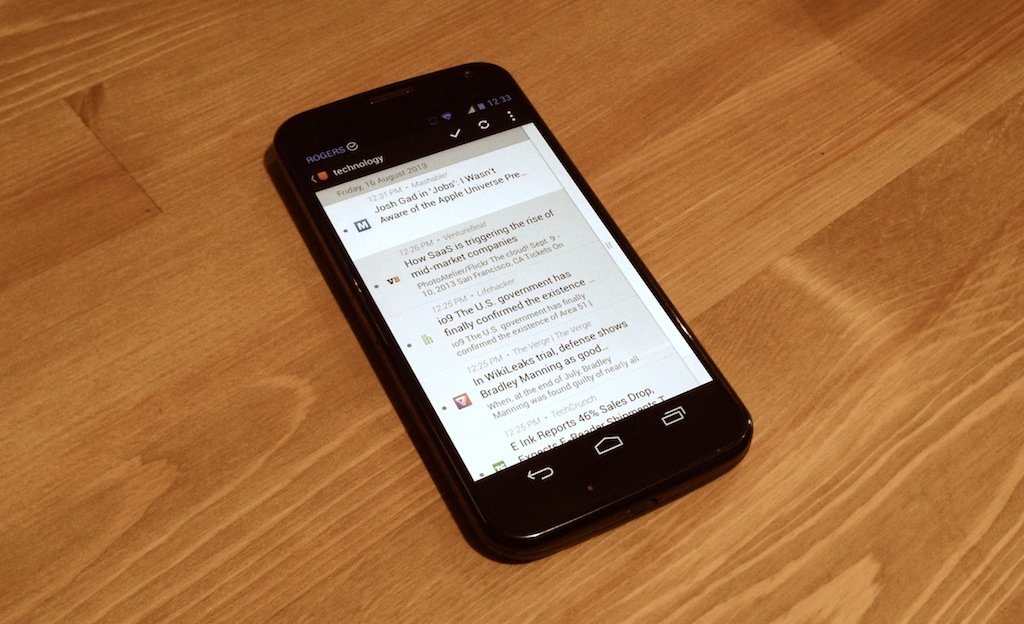 The team at 25Squares has added Fever support to the roster of Feedly, Feedbin, Feed Wrangler, though the new service does things a little differently. Fever is a self-hosted service built in PHP and MySQL, and can be customized to provide the same kind of front-end functionality as Feedly. It has a $30 one-time purchase price, and is becoming increasingly popular among users who would rather ensure their data — and preferences — stay theirs alone.

Also added to the feature roster is offline image caching, something that may tax users’ processors (and storage space) but is worth it for frequent commuters tired of not being able to see accompanying images and photos in their feeds. It’s possible, by holding down the sync icon, to do a one-time image cache if you’re about to leave the house on the way to the subway, so as not to constantly be using bandwidth.

The team also redesigned the Settings menu, giving each category its own icon and significantly simplifying the workflow. The app design itself has also been tweaked, with more legible fonts, better image viewing and significant performance and sync improvements.

Press costs just above $3 CDN, but we feel it’s worth every penny.