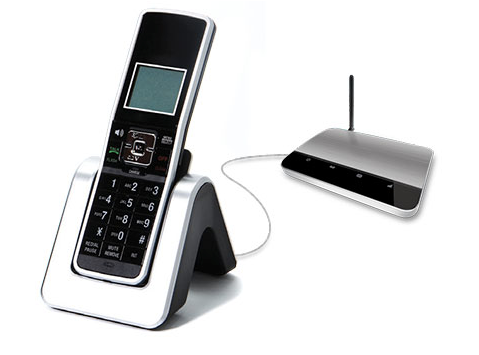 Rogers has launched a low-cost alternative to its VoIP-based landline phone service today called Wireless Home Phone. Using existing cellular infrastructure for Canadians that don’t have access to traditional landline services, Wireless Home Phone will work with any existing cordless or corded receiver by using it as a base for a SIM card-based cellular signal.

The device, which will cost $29.99, contains a SIM card with a phone number, identical to the one you’d use in a cellular phone. Because it works with the existing phone infrastructure in your home, it’s possible to do away with landline service completely: introductory pricing starts at $9.99 per month for current Rogers customers, bringing unlimited Canada-wide calls, voicemail and caller ID. Call waiting, three-way calling, and international long distance is an extra $1.99, for a total of $11.99 monthly.

Wireless Home Phone, interestingly, will not be available to users in areas that are currently served by Rogers’ existing service, which is considerably more expensive, but comes with a number of advanced features like voicemail-to-text and online management suite. Those with no existing Rogers products will also have to carry a $15 per month premium, at $24.99, than current customers. But having the ability to easily add or replace a home phone line which taps into Rogers’ existing 3G cellular network infrastructure is a win-win for the company and rural customers, where the benefit of copper is not as common.

The service is available to small business users on a per-number basis for the same price. Fido will be launching an identical service — Fido Wireless Home Phone — with the same price and feature set as well.