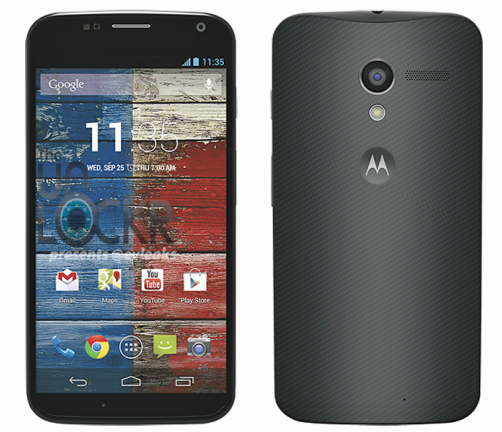 Motorola Mobility is currently preparing to unveil the ‘moto x’ (the invite showed the branding with lower case letters) on August 1st. There’s not much left to know about this Android as we’ve seen several photos appear online, including Google’s chairman Eric Schmidt, and a full video demo of the device.

This morning reputable device leaker evleaks has posted the first press rendering on the Moto x, which confirms all the previous images. The Moto X will reportedly have a massive marketing budget and be targeted to those who want a mid-range device with all the best features of Android, plus several customization options. Unconfirmed specs will see this new Moto device coming with a 4.7-inch 720p display, OS 4.2.2 Jelly Bean, 1.7GHz dual-core processor, 2GB of RAM, 10.5MP rear-facing camera and a 2.1MP front-facing camera. 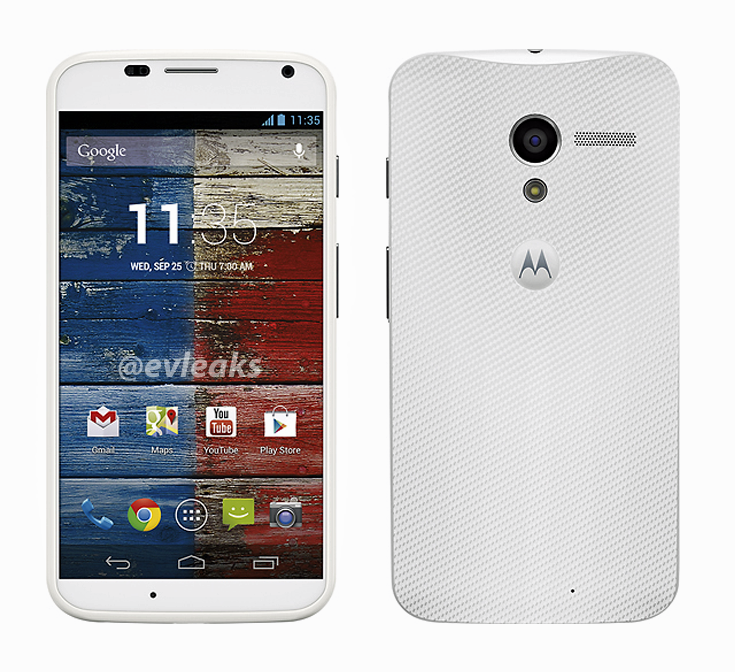 For a Canadian perspective, leaked documents and a video confirmed Rogers will be on tap to launch the Moto x in August in both black and white.

Motorola ‘Moto G’ to be unveiled on November 13th, event will be streamed live starti...