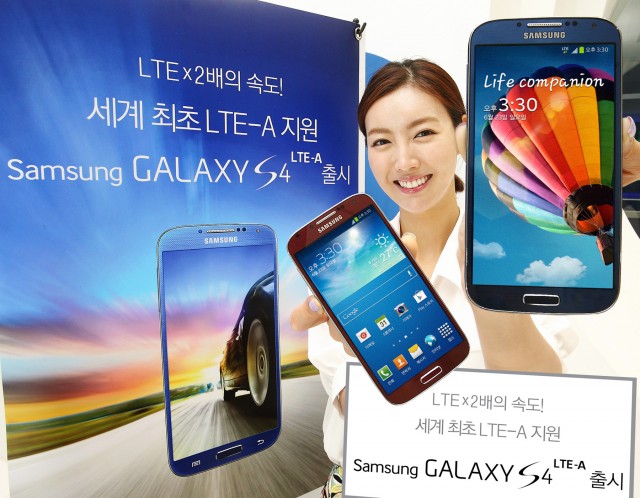 Samsung has gone ahead and blown our minds today by announcing a version of the Galaxy S4 that could compete for the fastest smartphone ever made.

The Korea-only Galaxy S4 LTE-A supports the country’s new LTE-Advanced network, which supports speeds up to 100Mbps, but more importantly comes with Qualcomm’s new Snapdragon 800 chip clocked at 2.3Ghz. The four Krait 400 cores and new Adreno 330 GPU are expected to be combine for speed increases between 20% and 50% over the Snapdragon 600, which the North American S4 uses. There’s also 32GB of internal storage (24GB usable), addressing the problems in the 16GB model.

My kingdom for a Canadian-compatible model. By my count, there are now five variants of the Galaxy S4.