Acer announces Iconia A1, a 7.9-inch iPad mini and Nexus 7 competitor under $200 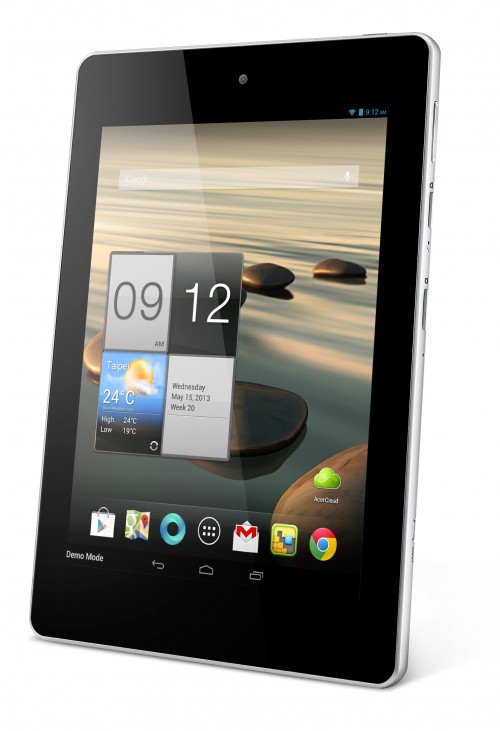 Acer is taking on the Nexus 7 and, more importantly, the iPad mini, with its latest tablet. Dubbed the Iconia A1, it comes with a 7.9-inch screen at 1024×768 pixels. If that sounds familiar, it is: those are the same dimensions as Apple’s newest slate.

The one hand-friend tablet comes with an IPS display, a 1.2Ghz quad-core processor powered by MediaTek, a 5MP camera and will be available in both 8GB and 16GB versions. There is also a microSD card slot.

The Iconia A1 will be available in June for $199 for the 16GB version, while the 8GB model will come a bit later for $169.99. Its 11.1mm thickness is pretty chunky compared to the svelte iPad mini, and its plastic build quality may not differentiate it enough from the Nexus 7, but price talks more than anything. At 408 grams, it’s also heavier than both the Nexus 7 and iPad mini.

We’ve reached out to Acer to find out about Canadian availability, and will update the post when we find out more.