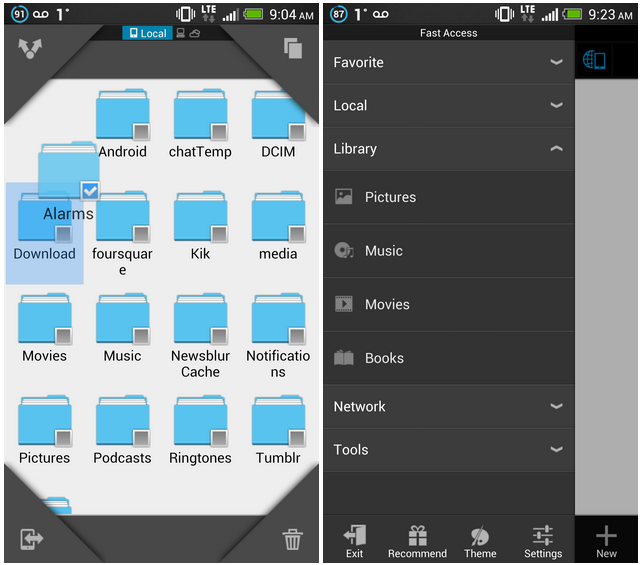 File Managers may not be the most exciting app category to report on, but they engender a sense of loyalty in users, both to the app itself and to Android as a platform. Being able to manipulate the file system has set Android apart from iOS and Windows Phone, as users can drag-and-drop items from computers to SD cards, delete photos and videos from the phone itself and generally feel more in control of their smartphone experience.

ES File Explorer has always been one of the more popular free choices out there, especially since Astro received a controversial and divisive redesign. ES App Group has updated its File Explorer app to version 3 and has made it available as a beta app on Google Play. It’s gone through a redesign to look more streamlined and Holo-esque, and adds some neat features like drag-and-drop and multiple window support.

At its core, the app is still very much the same: it connects to cloud services like Dropbox, Sugarsync, Box, SkyDrive, Google Drive and and more, and can easily transfer files between users on a local WiFi connection. It also has a very capable root explorer for those looking to manipulate system files on rooted devices.

The new app also has a dramatically improved picture explorer, one that I could see replacing the stock version that comes with my phone. Overall, this is a great update to an already-outstanding program, and considering its free-as-in-beer price, there’s really no downside.