comScore: 34% of smartphones in Canada are running Android (June 2012 numbers) 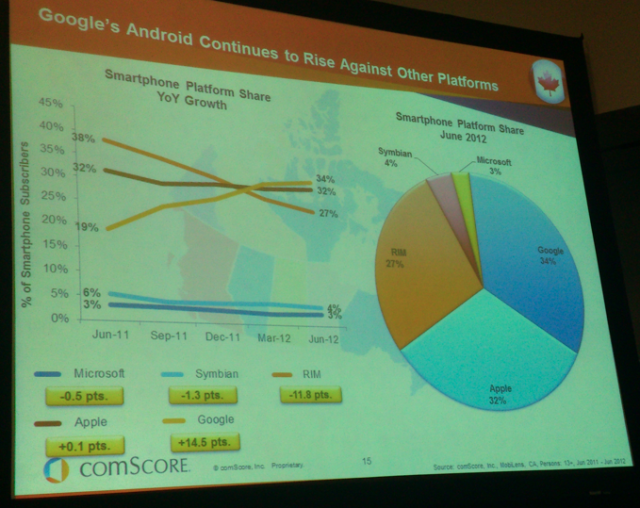 At the Canadian Wireless Trade Show yesterday comScore presented some much needed Canadian mobile stats. While there was nothing really groundbreaking, they were somewhat consistent with what we’re seeing from the carriers and the CRTC: smartphone penetration is up, voice usage is down, and people are using a lot of data.

According to data collected from their MobiLens June 2012 numbers, which is based on the ages 13 and up, comScore reports that there was a total of 21,721,000 wireless subscribers, which is completely different that what the CRTC and the CWTA have reported. In the recent CRTC “Communications Monitoring Report” revealed that at the end of 2011 there was a total wireless subscriber base of 27.4 million – so there seems to be a minimum of 6 million subs missing.

However, comScore says that 54% of Canadian wireless subs own a smartphone and Samsung is leading the pack with 25% market share, followed by Apple and LG at 17%, RIM with 14%. As for the most popular mobile device on Rogers, Bell and TELUS: Apple iPhone 4 16GB. The OS of choice is now Google’s Android by capturing 34% of the market share, up from 19% a year ago. Apple’s iOS stays flat and comes in second with 32% market share. RIM, as expected, drastically dropped from a commanding 38% to 27%. Samsung has the largest market share of Android smartphones with 45%, but an interesting stat is that 72% of all Android devices are running OS 2.2 and 2.3 – again, those are June numbers so the number of devices on Ice Cream Sandwich now would be a bit higher.

Check out all the slides with other interesting Canadian stats below. 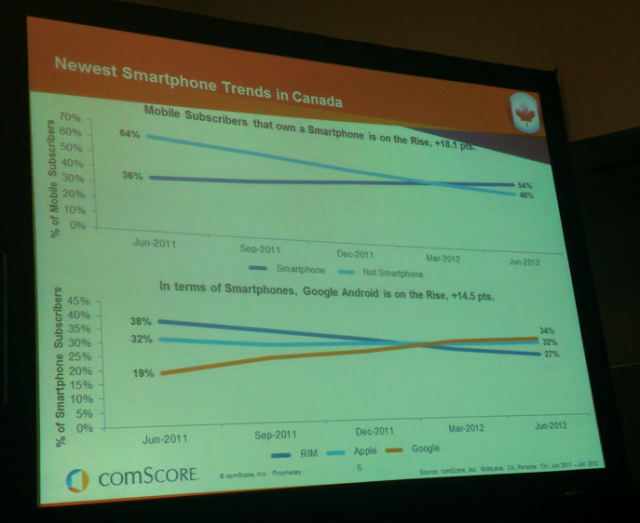 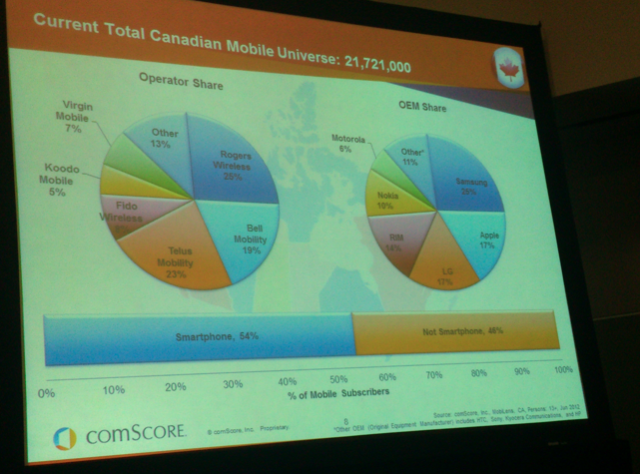 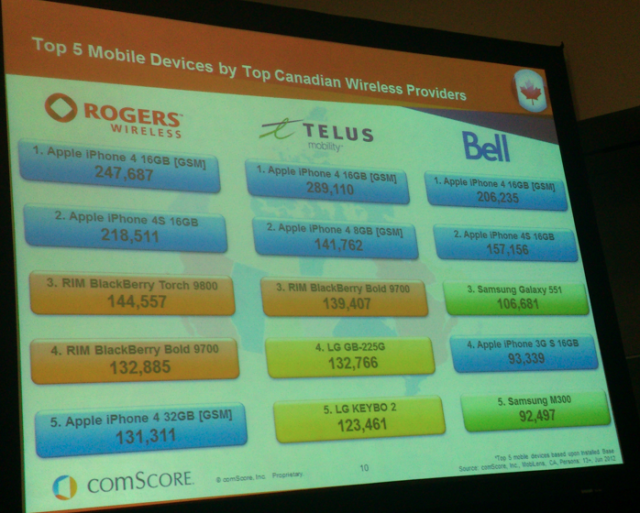 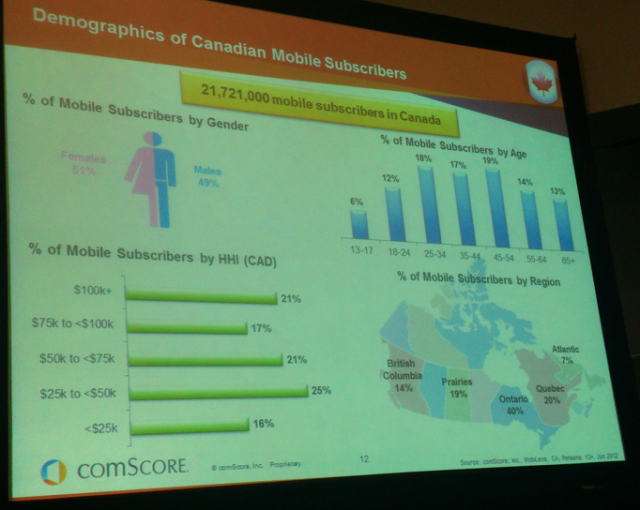 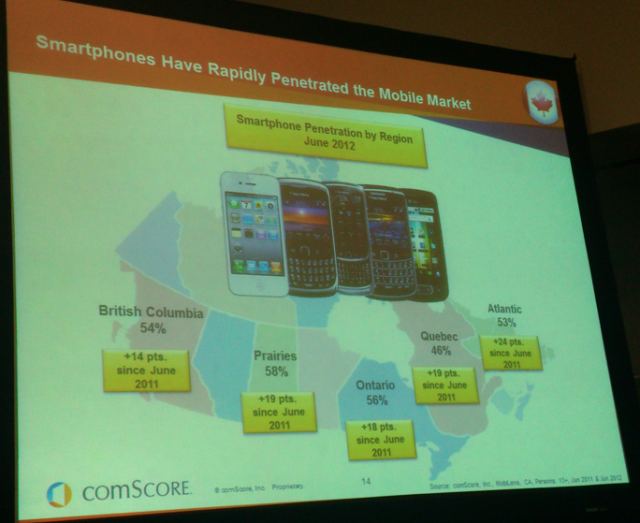 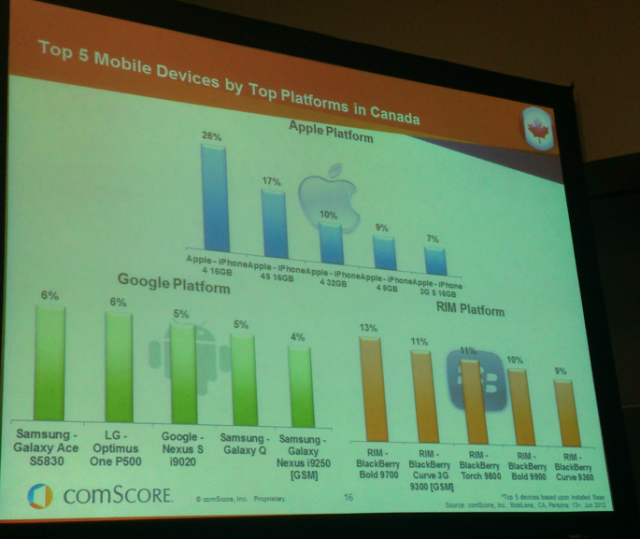 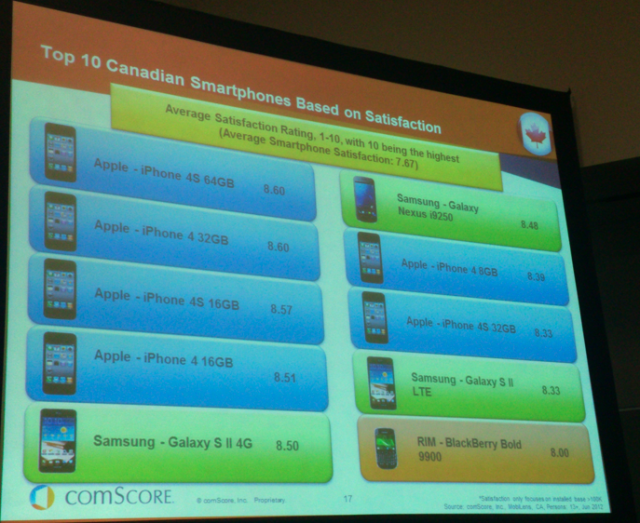 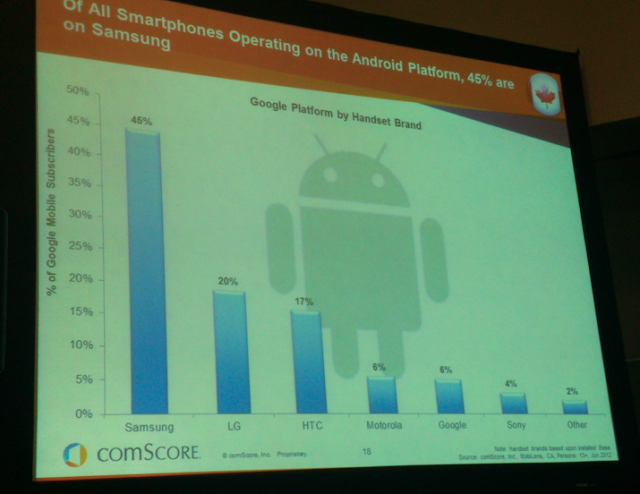 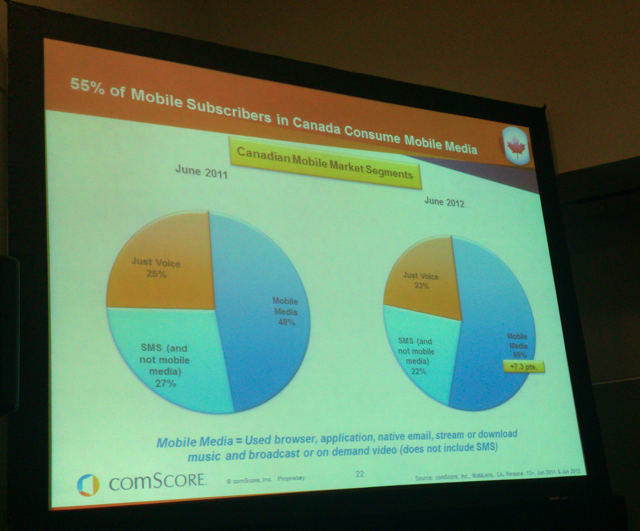 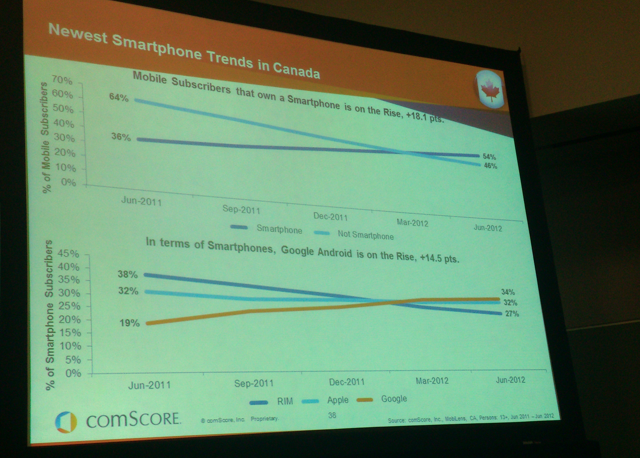 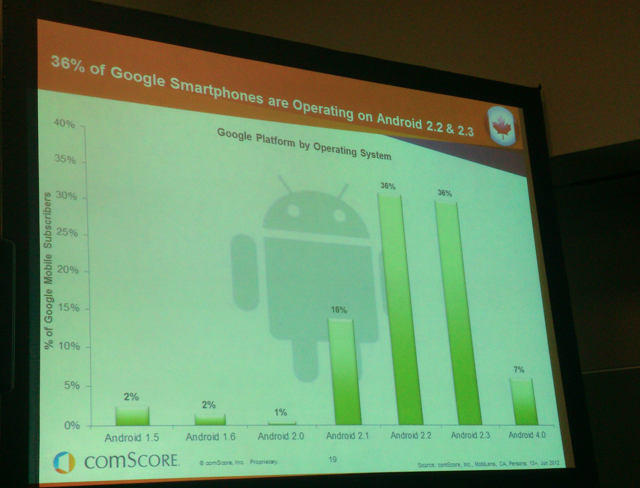