comScore: “Smartphone penetration has reached 45% of the Canadian mobile market” 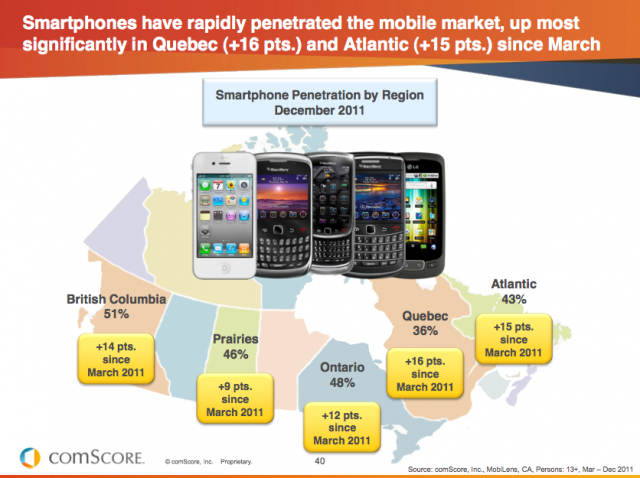 comScore released their 2012 Canada Digital Future in Focus report today. Data was compiled from March to December 2011 and basically say what the carriers have been consistently reporting over the past few quarters: From coast-to-coast Canadians are adopting smartphones and accessing more mobile content. Their report did have some good insights, such as claiming that smartphone penetration in Canada has reached 45%, up from 33% in March. In addition, there’s no population breakdown, but British Columbia has the highest amount of smartphone penetration with 51%, Ontario has 48% and Quebec increased the most by 16% to 36%.

Kevin Duong of comScore stated that “…it is important to acknowledge that smartphones are becoming a significant part of consumers’ everyday lives. Not only are they used for voice communication, but Canadians are increasing their usage with data, text messaging, instant messaging, QR code scanning, shopping and much more.” 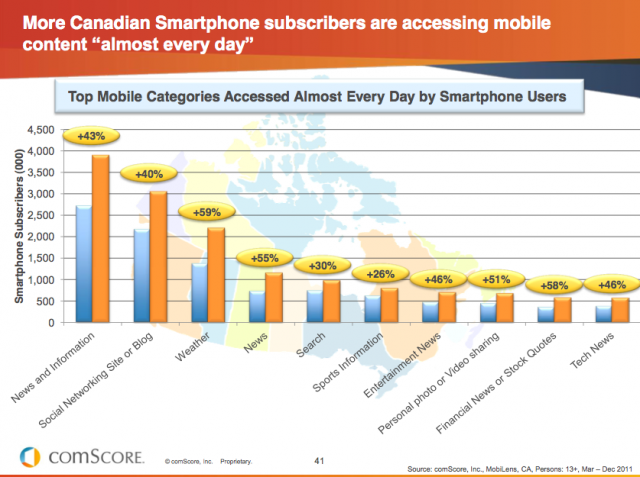 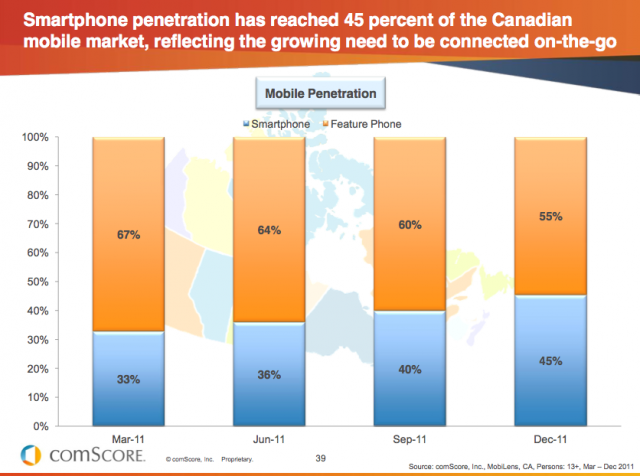