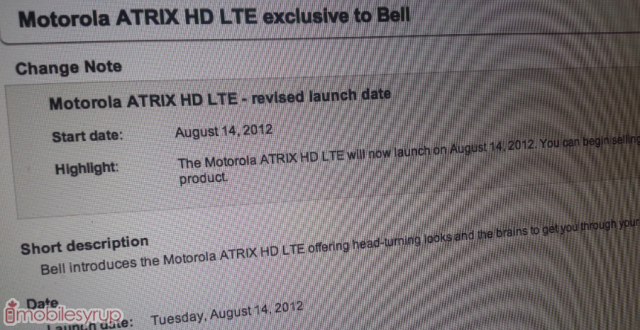 Quick update for those wanting the Motorola ATRIX HD LTE from Bell. This Android 4.0 Ice Cream Sandwich device was originally penciled in to launch on August 2nd, then was delayed to August 21st, now it’s expected to hit retail locations on August 14th. Dummy devices have already started to arrive at stores and according to the internal doc we received it states that “The Motorola ATRIX HD LTE will now launch on August 14, 2012. You can begin selling upon receipt of product.”