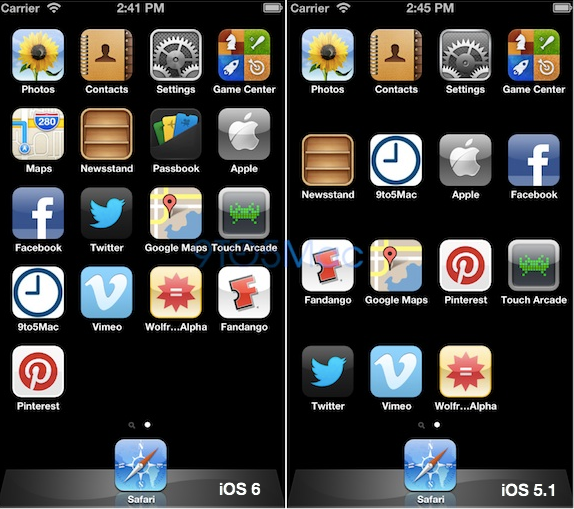 iOS 6 has added the ability to scale its screen to 1136 x 640 pixels, the rumoured resolution of the new iPhone expected to be announced September 12th.

In the latest iOS Simulator, running the latest iOS 6 beta with a resolution of 1136 x 640 (which previously wasn’t possible) results in a homescreen with five dedicated rows of app icons. Doing the same in the current public release of iOS 5.1 merely spaces the four icon rows further apart, much like the iPad. Only setting iOS 6 to the exact resolution of 1136 x 640 results in the five-row layout; anything taller or shorter, even by one pixel, causes the home screen to revert to a wider-spaced four-row layout.

While this by no means confirms a taller, higher vertical resolution iPhone, it certainly makes it easier to visualize what it would be like if true. It also shows how easy it will be for developers to adapt current apps to the newer resolution without breaking compatibility.

New iPhone will apparently use NFC for mobile payments