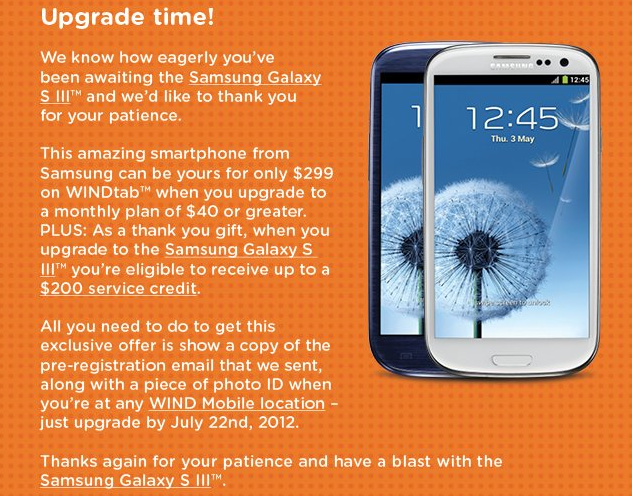 When WIND Mobile launched the Galaxy S III on June 27th they only made it available to new customers – this was because there was originally “limited quantities available.” WIND did also promise those current customers who wanted to upgrade a special exclusive promo and now, over 2-weeks later, the deal has surfaced.

For those interested WIND states that “we know how eagerly you’ve been waiting for the Samsung Galaxy S III and we’d like to thank you for your patience.” WIND customers can now upgrade to the GS III for $299 on the WINDtab when they sign up for the $40/month all-in plan. As for that special “thank you ” promo, it’s a bill credit of up to $200 – which according to the fine print is “Up to $20 will be credited to your active account every month for 10 months starting with your first bill.”