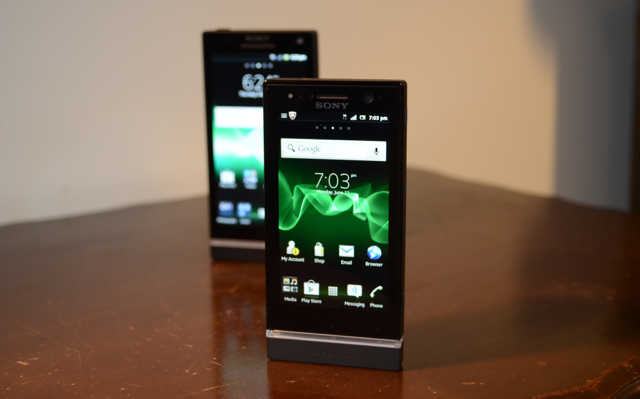 The Sony Xperia U is the baby of the newly-announced family from Sony but takes a lot of design cues from the more-expensive Xperia S. In essence the 3.5-inch device is a successor to the Xperia ray, which was released last year to great acclaim. Sony is one of the few companies that continues to build Android devices under 4-inches, and the Xperia U is a great example of a device that hits all the right notes without breaking the bank.

Is this the right entry-level phone for you? Let’s dive right in. 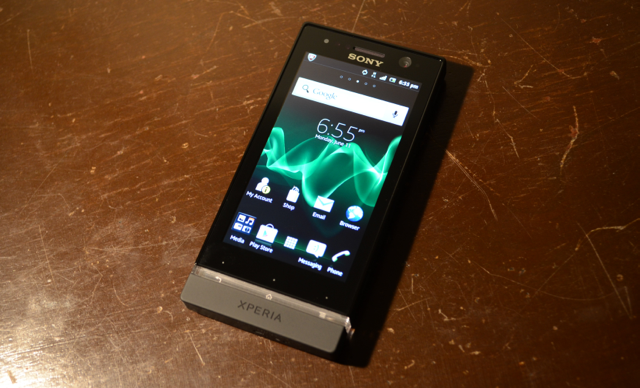 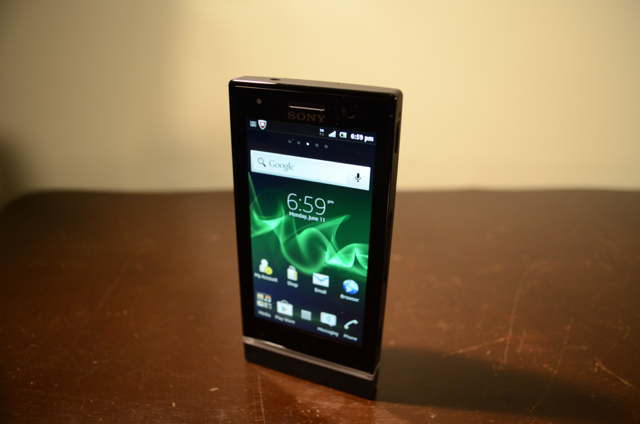 There is no use avoiding it: the Xperia U isn’t likely to win any awards for thinness. In fact, at 12mm it is considered rather rotund by today’s standards. But, like the Xperia S, the frame manages to feel considerably smaller, owed to the intelligent design with a rounded back and sharp edges. That the phone is only 112mm tall and 54mm wide is a bonus, too, since despite its thickness it never feels oversized.

The Xperia U moves the power button to the top right side of the phone, with the volume rocker and camera shutter button spaced evenly below it. The buttons are small but maintain good travel, and are a pleasure to use. The matte black finish of the phone, from both the side and the back, is incredibly comfortable to hold and while the material attracts oil, smudging quickly, I found it easy to clean.

Like the Xperia S, the front of the U is defined by its light grid below the screen that doubles as an antenna mesh. The three capacitive touch buttons are above the light strip but appear far more responsive than its larger, more powerful kin. And this time Sony brought a neat parlour trick: the mesh grid glows different colours depending on the software colour scheme in use. This in addition to replaceable bottom portions (a pink one is included in the case) and you’ve got  a veritable modular phone.

The WXVGA screen is bright and colourful, but blacks are sadly grey and drab. Due to the small size, the 854×480 resolution results in a high 280ppi pixel density, so text looks sharp as a tack. Viewing angles are fantastic for a LCD display. Touch responsiveness was also very good on Android 2.3.7, arguably better than the Xperia S, which was a nice surprise. All told, you’re getting quite a nice little device for your $300. My only issue with the display was the lack of any oleophobic coating on the glass: it gets quickly smothered by fingerprints and requires regular wipedowns. 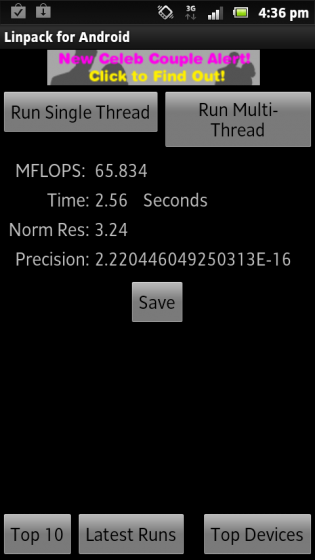 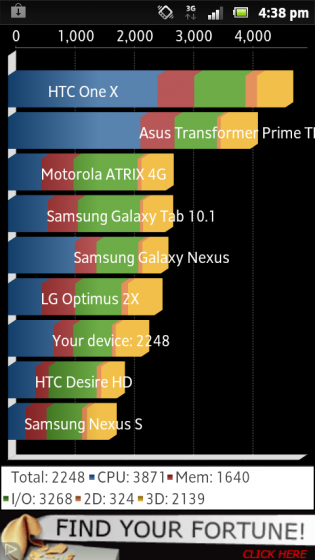 The ST-Ericsson NovaThor chipset is an interesting creature: its CPU is a pretty standard dual-core ARM Cortex-A9 built at 45nm, but its GPU is the Mali-400MP, the same one as the Galaxy S II. The clock speed is slightly slower — we’re looking at 1Ghz for the CPU and around 200Mhz for the GPU — but the reality is that we’re finally looking at a dual-core solution for $300.

Despite running Gingerbread, the phone flies through various home screens, apps and games. It scored a decent 66MFLOPS on Linpack multithreaded, in line with other dual-core solutions like Tegra 2, and an impressive 2248 on the updated (and more reliable) Quadrant Benchmark. In other words, this phone will play all the latest games with aplomb.

The only area of disappointment was the relatively anemic amount of RAM and internal storage — 512MB and 4GB respectively — severely limiting not only the number of background tasks the phone can handle but the media it can handle in the first place. Considering the Xperia U has no expandable memory slot, we were at least grateful that the 4GB was dedicated entirely to internal storage — there is an extra 1.8GB for apps.

As I said in the Xperia S review, Sony has optimized the heck out of Gingerbread and it shows here. Transitions are smooth; scrolling is butter; and, most importantly, even with 512MB RAM, apps never really seem to stutter or misbehave. 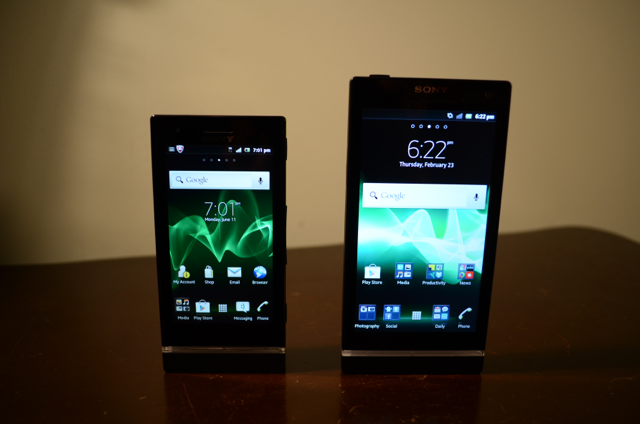 The Xperia U runs a build of Gingerbread, Android 2.3.7, which has been heavily modified from its original incarnation. Most of these changes are for the better — you have the ability to drag-and-drop icons to create folders, for example — but it’s still a 19-month-old operating system, and the disadvantages to Ice Cream Sandwich are becoming more apparent every day. I say this time and time again: it is not OK to release phones with Gingerbread anymore, especially since the Xperia ray, this handset’s spiritual predecessor, just got upgraded.

Nevertheless, what you get on the Xperia U is a joy to use; the launcher snaps to attention, gliding around smoothly underneath your fingers. The customizable four-icon dock bar supports embedded folders, and the app drawer itself is fairly customizable. We missed the upgraded Google apps from Ice Cream Sandwich, Gmail especially, but Sony put its own magic touch on the Messaging and Music apps, while keeping others like the Gallery are kept stock Gingerbread.

The music app is particularly noteworthy because it integrates with Sony’s Music Unlimited service, which recently launched in Canada to compete with Slacker and Rdio — all Xperia U customers will receive a month of free service.

Like other recent Sony smartphones there are plenty of “value-added” apps on board, some of which could be construed as bloatware in the right circumstances. A full version of PopCap Games’ Plants vs Zombies is included, along with Sony mainstays TrackID, 3D Camera, and Timescape, which has been thankfully relegated to an independent app and widget combination.

Like a Rogers phone, the Fido-branded Xperia U is bundled with the company’s MyAccount, Shop, Ringtones and Ringbacks shortcuts which cannot be uninstalled or disabled. That being said, only four apps is a mercifully small number in this day and age.

Sony’s done a great job with the Xperia U keyboard — on such a narrow phone it’s typically hard to type in portrait mode but the autocorrect is functional enough to alleviate most concerns. I found it more comfortable to type in landscape mode, though, for which the 3.5-inch screen is well suited. 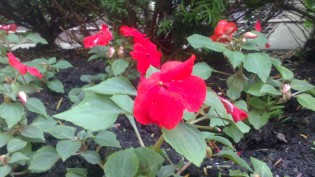 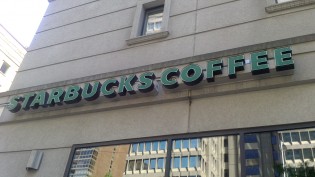 Like most Sony phones, the 5MP sensor produces good shots, but don’t come into the Xperia U expecting it to compare to the 12MP beast in the Xperia S. Rather, experience is just as good — you can wake up the phone by holding down the camera shutter button, which starts the Quick Shot mode — and the shutter is extremely quick.

Results were a mixed bag. Daylight photos had plenty of detail and some nice colour saturation, but dynamic range was pretty poor; the phone struggled to meter the right exposure. Macro was also quite disappointing: what looked like a clear photo on the small screen ended up being a homogenized blur. There was also a fair amount of softness around subjects, like the lens had trouble focusing on one object.

Sony’s camera software has proven to be some of the best on the market, though, and the interface provides one-touch access to most essential controls. Like the Xperia S you can take sweeping panoramas in both 2D and 3D (though you’ll need a 3D-capable monitor to view them) and the results were usually quite good.

The phone is capable of 720p video and, like the 5MP photos results varied depending on the lighting situation. On the plus side, video was smooth and sharp, and sound capture was surprisingly free of artifacts. Compared to the HTC One V, which retailers for roughly the same price, the Xperia U provides a compelling competitor — the burst mode on the One V is interesting, but Sony’s dedicated shutter button can’t be beaten. 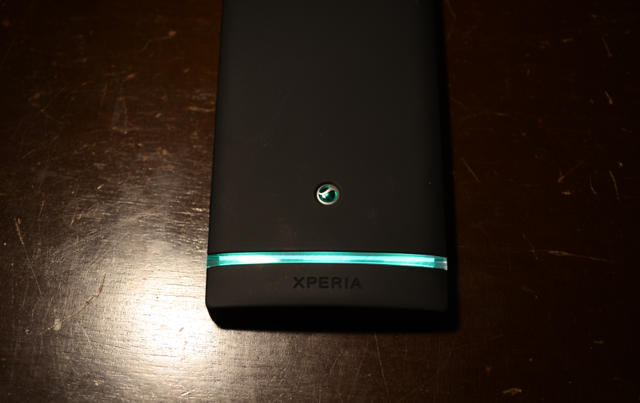 The Xperia U is capped at 14.4Mbps in the downlink and 5.76Mbps in the uplink — a network speed demon this is not. But when benchmarking with Ookla’s Speedtest app, I was able to peak above 5Mbps down pretty consistently, which is a heck of a lot faster than I averaged with the Xperia S on the Rogers network. Perhaps the baseband inside the NovaThor chip is better tuned to Fido/Rogers than the Snapdragon S3, but whatever the reason I won’t complain.

As a phone, the Xperia U excels because it is compact and comfortable to hold for long periods of time. I enjoyed the time I spent talking on it, too: calls were loud, clear and distortion-free. The rear speaker, like most phone speakers, was anemic but passable.

Sound quality was also good from the headphone jack, and watching movies with the Bravia Engine turned on was a treat: the high pixel density and enveloping xLoud sound engine makes for an excellent audio-visual combination. While most media consumption is better suited for a larger device, I enjoyed watching an episode or two from Netflix. 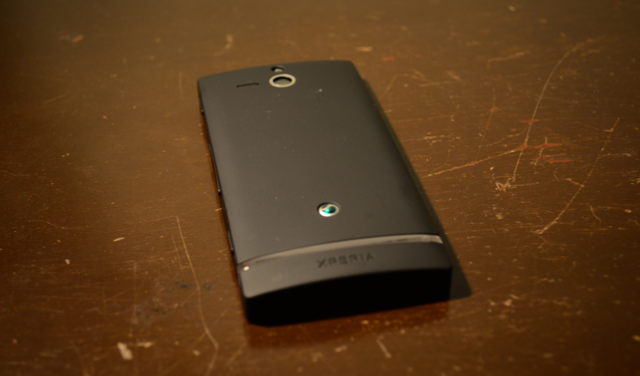 The 1320mAh battery in the Xperia U is rated for around 6.5 hours of talk time, and we were able to eek a full day out of it on a regular basis. Like the Xperia S, the battery disappointed us to some degree since Gingerbread has been around for a long time and should be heavily optimized. The dual-core CPU is the likely culprit of the battery drain, but on average we hit around 12 hours of consistent usage from the Xperia U, not a bad number from a cell that size.

For most users, a day or light- to moderate use will be more than achievable. 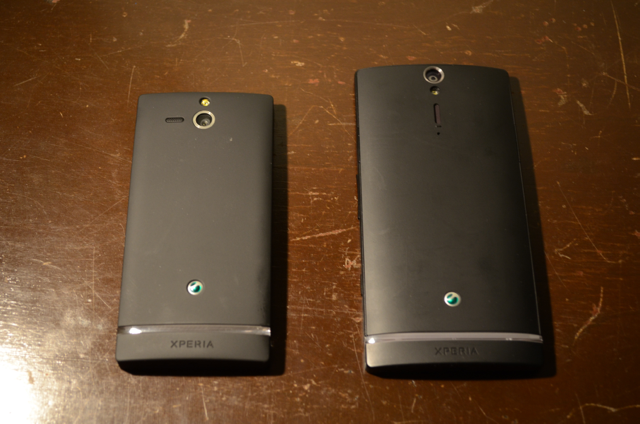 The Xperia U is one of the best-performing low-cost Android smartphones around. Its dual-core CPU and quality GPU blows the single-core MSM8255 in the One V out of the water. Its sharp screen, decent network speeds and good camera quality complement one another.

While I hope that Ice Cream Sandwich will grace the Xperia U sooner than later, to the average consumer who is purchasing the device for $0 on a 3-year term or $300 outright, many of those great Android 4.0 features are already present.

Sony’s done a great job bringing a nop-notch product to the entry-level market, which makes things just a little more tricky when deciding which phone to buy. That, however, is never a bad thing for consumers. 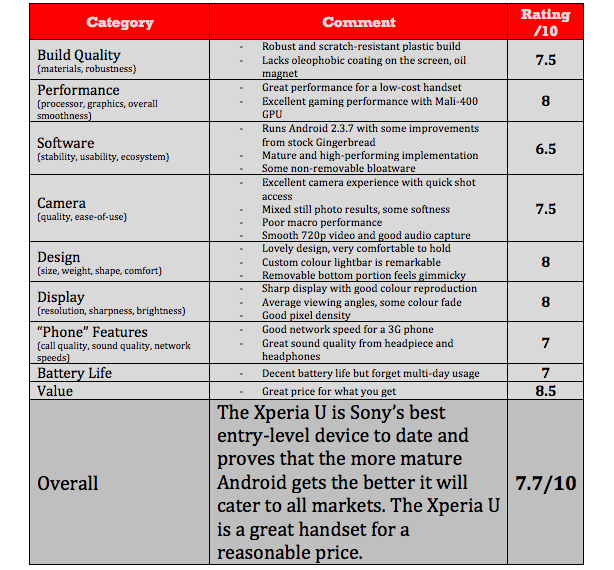