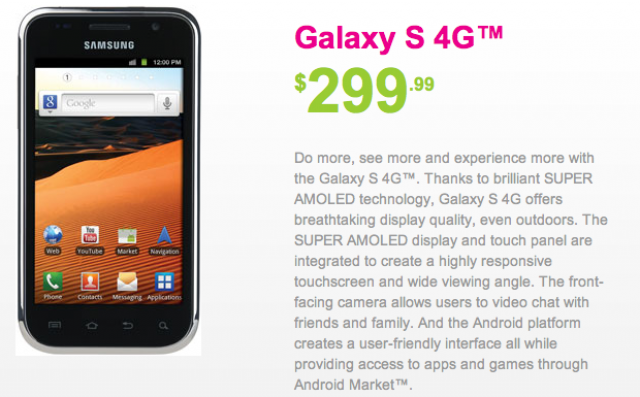 Mobilicity went live with their new plans today, something the company says has “over 30% more value” than their previous plans. You can check out all the details of the new plans here. In addition, Mobi took a swipe at the other newer players, probably WIND, by stating that the new features they’ve added is “in sharp contrast to its new entrant peers, who recently increased their wireless rates, and Big 3 carriers known for charging among the highest rates in the developed world.”

As for a new device, well actually a 2-year old Android, Mobilicity released the Samsung Galaxy S 4G today for $299.99 – this is an introductory price and will only be available “while supplies last”, afterwards it’ll be jacked up to $349.99 (WIND is currently selling the SGS for $399.99).