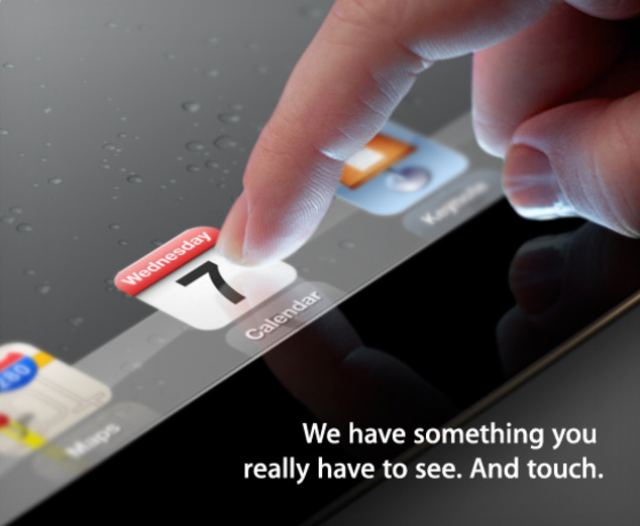 Surely all the details will unfold in about 24-hours from now, but the latest rumours have Apple’s next-gen iPad, now possibly called the “iPad HD”, hitting stores on Friday, March 16th. No word on which countries will be graced with the new tablet first, but according to a report in 9to5mac, their sources state that “We’ve been told by a Apple Store source who has been reliable in the past that preparations are being made for a big Apple Store event which will culminate on Friday, March 16th. Naturally, this points to an iPad 3 launch on the Friday just nine days after tomorrow’s announcement.”

Apple says the “new iPad is a blockbuster”, company announces sales of 3 million

Video: New iPad gets destroyed by a HK53 assault rifle

Patent troll goes after Apple and RIM for “drag,” “tap” and “scroll” gestures