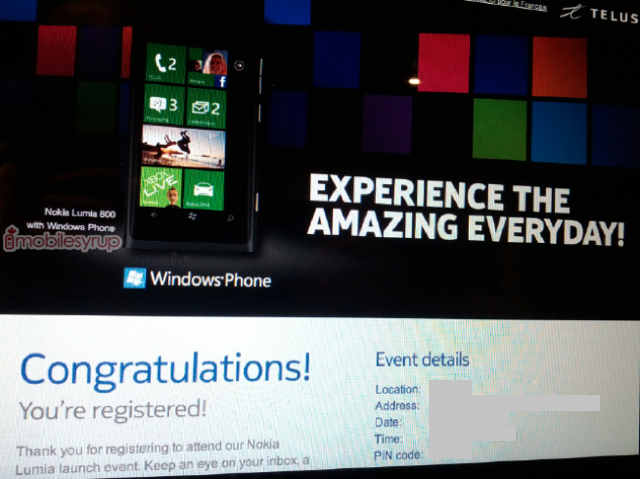 The Nokia Lumia 800 has been “coming soon” since it was officially announced at CES this year. The good news is that the launch will happen shorlty. Employees have started training on Windows Phone 7.5, but more specifically have been invited to various launch parties across Canada. We’re hearing that the anticipated device is currently pegged for a release during week of March 5th, possibly on the 9th.

The Lumia 800 will be Nokia’s 2nd Windows Phone device in Canada, Rogers has the entry-level Lumia 710. Specs wise, the 800 has a 3.7-inch display, 1.4Ghz Snapdragon processor, 512MB RAM, 16GB internal storage and an 8MP Carl Zeiss camera. TELUS also notes on their site that it’ll come in black, magenta and cyan. Check out our hands-on video here.

Nokia teases a new phone to come out December 5th