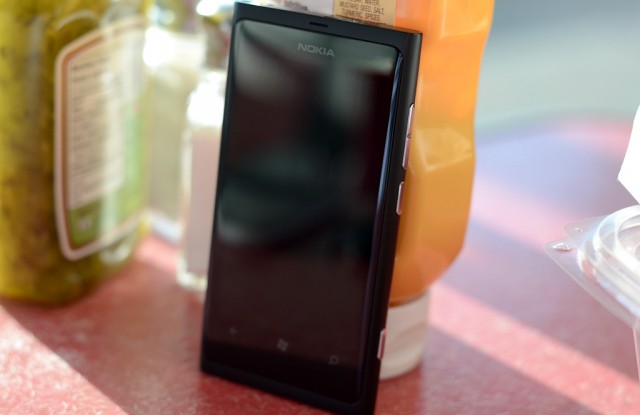 The phone was announced at Nokia World in October where Nokia’s CEO, Stephen Elop, called it “the first real Windows Phone.” It will come with Nokia Maps and Nokia Drive, apps exclusive to the Finnish handset maker on Windows Phone. It will also come an easy Contacts Transfer app to bring your contacts from your old phone to the Lumia.

It will be “coming soon only to TELUS in black, as well as cyan and magenta options for customers looking to stand out from the crowd,” so get ready. Rogers is getting the Lumia 710 exclusively as part of its Smartphone Lite lineup, but expect the Lumia 800 to be a firm part of TELUS’ high-end offerings this winter.

We’ll bring you a firm release date as soon as it’s announced.