Clik is the future’s remote control 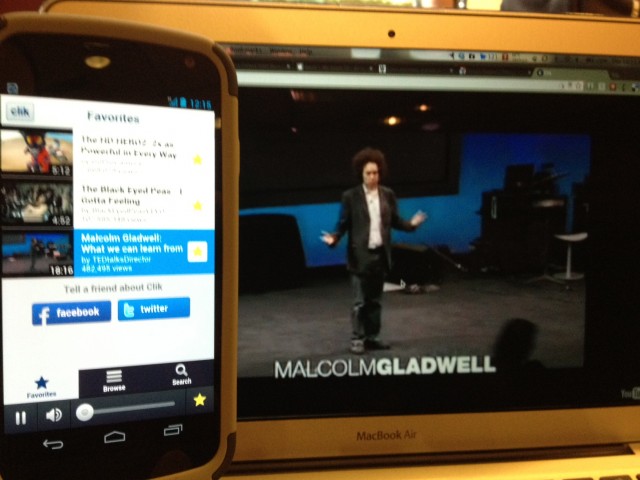 But Clik is something you’re going to want to say, and then try, and then gape at, as it is the best remote control for your content available. In fact, Clik is currently limited to YouTube, but that’s like saying you’re only limited to a Mandarin buffet; there’s a lot to choose from.

From the creators of Kik Messenger, Clik has been in development for years, allowing you to pair your Android or iPhone to a screen with any browser, though the browser needs to be modern enough to utilize HTML5. Once paired with a QR code, your phone can control YouTube with a speed never seen before. Selecting a new clip, or scrubbing through an existing one, is instantaneous over 3G. Think of being able to sit on your couch, smartphone in hand, being able to watch content on your television without needing a mouse or keyboard. 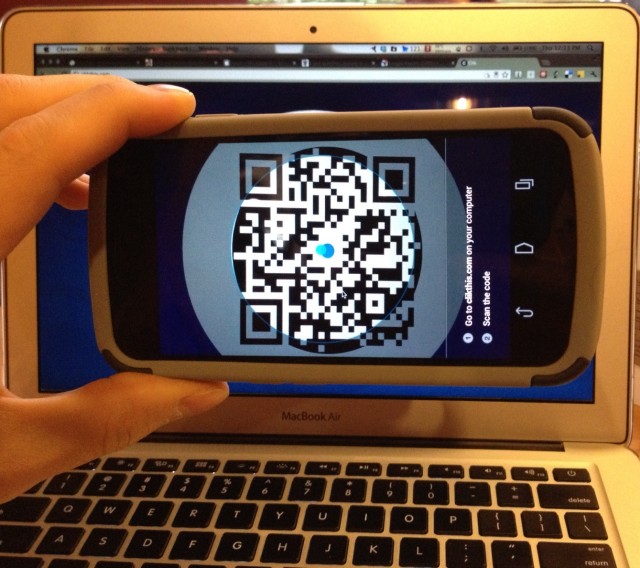 Clik is launching a private API that is available to developers to build their own apps for the platform. The app is pretty limited right now, but the vision is endless. The pitch states, “unlike other Device-to-TV solutions that require consumers to own multiple devices made by the same manufacturer, Clik enables developers to build apps that connect iOS or Android smartphones to any screen with a browser.”

That means that app developers could match its existing apps to operate on your HTPC — a sort of universal AirPlay — across multiple operating systems, using Clik’s APIs.

Check out Clik by downloading the Android or iOS app, and then head to www.ClikThis.com to control the action. Try it on your home PC or laptop; it’s pretty remarkable.

Developers can get in touch with the team by emailing partner@clikthis.com.